On Kickstarter, you still have a few days to back the 3Dvarius, a new electric violin created with 3D printing and based on a model of the famous Stradivarius. If you don’t already know, the Stradivarius is believed to be one of the best violins in the world for a number of reasons; flatter and more powerful arching, an innovative and exceptional system of thickening, and much more. The violin also uses a unique varnish which provides a distinctive color from other instruments. Music mumbo jumbo aside though, this new-age version is just straight up awesome.

The creator of the Stradivarius, Antonio Stradivari developed his model of violin back in the late 1600’s – there are only 650 still in existence. The ones left typically sell for millions of dollars (in 1998 for example, one was purchased for $1.6 million). To help make these classic violins accessible to the average person, a company called 3Dvarius has designed a 3D printed Stardivarius replica model with the “exact” tone as the original.

The 3Dvarius concept was originally developed back in 2012 when project founder Laurent Bernadac wanted to create an electric violin that could meet the needs of classic musicians. In 2013, he tried building a prototype with aluminum, but because the material was too hard to transform, the team switched to polycarbonate. Finally in 2015, the first 3D printed prototypes were developed.

Since 3Dvarius is based on a real Stradivarius violin, it is both a digital and electric instrument and rather than being constructed in multiple segments, the violin is printed in a single piece. This prevents resonance (the deep reverberating parts of a sound) from being lost in the instrument joints.  The violin is also engineered so that its weight is optimized for musicians to move it with minimal physical disruption.

To ensure musicians are able to play efficiently 3Dvarius engineered their violin to use a high quality sound sensor; it doesn’t require a preamp; and a headphone jack is positioned near the bridge to limit signal travel time and sound distortion. This model was also built using high quality tuning pegs from premium guitars to limit weight and facilitate a stronger tuning experience.

3Dvarius is available for pre-order via their Kickstarter campaign for (gulp) €6,299, with an alternative premium limited edition version going for approximately €6,299. But you don’t have to drop that much cash to back this cool little string thing; you can donate as little as €5 for a thank you, €15 for a CD and a sticker, or even up to €499 for a master class and private concert in Paris with Laurent Bernadac.

To date 3Dvarius has raised just over €30,000 of their €50,000 goal. The campaign page says the team has completed the design and mechanical study, however they’ve only gotten through 55% of the accessories creation, and through 40% on other tasks. Hey – nobody said an opus was an easy gig. 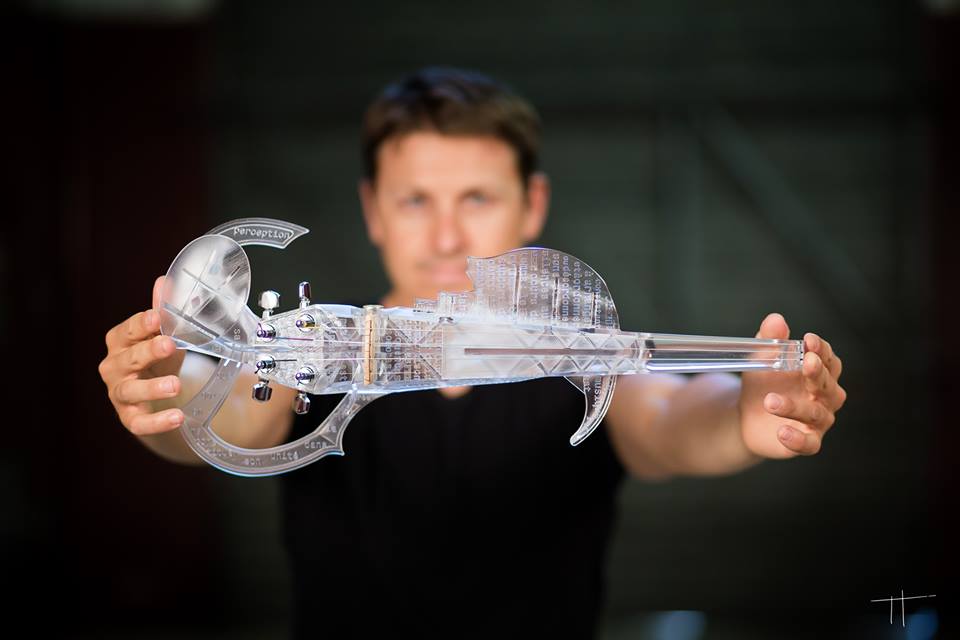