Wait, websites? Aren’t there billions of those already? Sure, but not ones that build and maintain themselves using artificial intelligence. That’s what Firedrop does, a London-based startup that Crouch founded in November of last year alongside Lex de Ruijter. Their technology could help connect millions of individuals and businesses to the world of accessible web design. 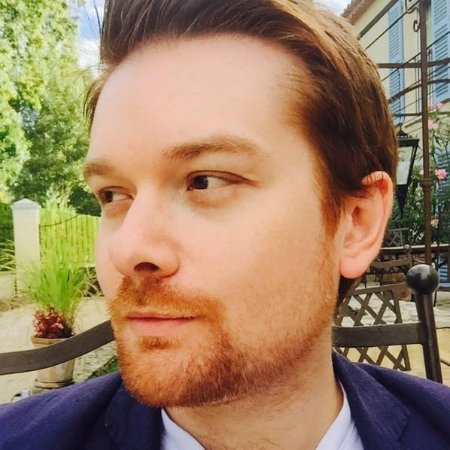 According to a recent survey, almost half of all American small business do not have a website despite affordable, intuitive website builders  like Wix and Squarespace. Of those disconnected businesses, 10 percent of them were on the fence about setting one up; 12 percent were unlikely to get one in the near future.

Of the small businesses that do decide to get online, 91 percent do so through a web designer. That’s surprising because such businesses work on tight budgets. DIY website builders would seem to fit such budgets, but despite their seemingly ubiquitous marketing presence, they’re rarely used.

Crouch decided to dig into the basis for these baffling statistics. “When we asked around, we learned that the real issue is simply time and effort,” he describes. “Website builders are great, but they require a solid commitment of time and effort—commodities that small business owners tend not to have much of.”

As a result of the effort involved, owners are forced to hit up web designers, many of whose services cost a pretty penny. “Web designers do everything for you so are minimum hassle in that respect,” Crouch admits. “But again, the time spent finding a good one is an issue and the better web designers charge in the thousands, which is a huge risk for a small business owner.”

Seeing these circumstances as an opportunity to help support the global entrepreneurial spirit, Crouch and his co-founder created Firedrop; it’s the equivalent of the self-assembling Flatpack furniture, while a typical DIY website builder is more like Ikea. 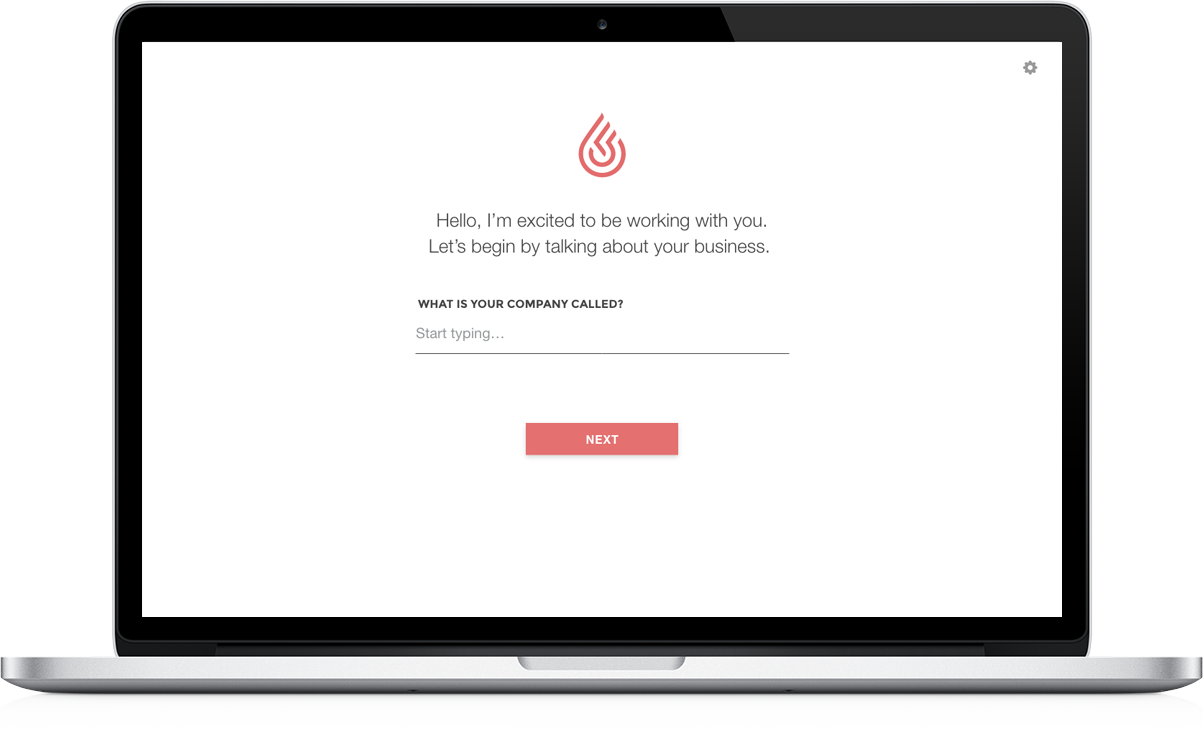 Firedrop uses artificial intelligence to automatically build entire websites around content provided by a user. It starts by asking a few questions to determine your needs and tastes. It then uses this information to present a few concepts that fit your requirements. Once you provide the content (text, images, video), the AI combines the concept you picked with the content to produce a fully designed layout. You can then refine the design by telling the system what parts of it you like and which parts you don’t.

Marc explains that the entire process is similar to working with a human designer, which might bother said humans. “Designers produce a design and ask customers if they like it. If they don’t, the designer asks why and tries again based on that additional information,” Marc explains. “Our system works in exactly the same way.” Exactly the same, minus the whole paying-a-designer part.

The AI works by following the geometrical and statistical patterns found in appealing designs. “A lot of design is rules-based and scientific,” Marc describes. “For example, determining which colors go together is simple math and many services already exist to help with this.” 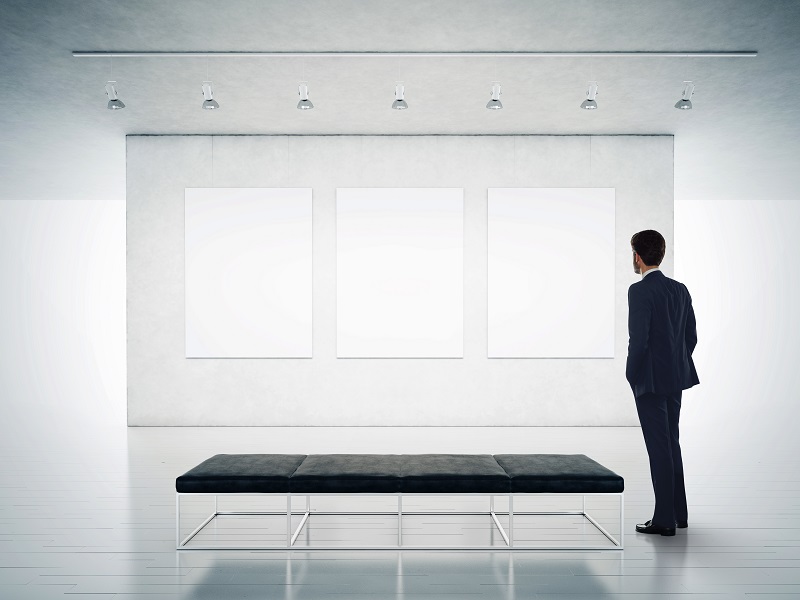 So that’s the easy part. But what about the more abstract aspects of design—the part that some consider art, and attribute to humans’ capacity for creative thinking. Apparently, this is where Firedrop’s AI engine really earns its money. Marc tells me that Firedrop uses “…a concept called ‘design personalities,‘ which in simple terms are specific design styles and approaches that we feed into a multi-layered machine learning model.” Firedrop can “…draw upon design personalities when determining your website’s look and feel, much like how a human web designer improves his or her abilities by absorbing other styles and trying different things, becoming better over time with experience.”

“Designs will adapt over time thanks to changing trends and expansion of the datasets,” Crouch explains, illustrating a truly artificial intelligence. “But it will also track and learn user behavior and use that to improve user experience and conversions, as well as being able to test different responses with automatic A/B testing.” He continues, “The other aspect is that it will gain a deep understanding of a user’s particular tastes and preferences, so it will get better and faster at nailing the design for that user over time.”

With a pretty potent feature-set already fleshed out, there are plans being laid out for developing a marketplace around the platform. Marc says that Firedrop’s “…long-term goal is to provide everything small business owners require to set up and run profitable enterprises online, in one place.” The marketplace will allow additional apps and plugins that will help Firedrop remain up to date and flexible. This could include “…access to services like accountants, banking and legal services, copywriters, graphic designers, and other things that a small business needs to be successful both online and offline.” 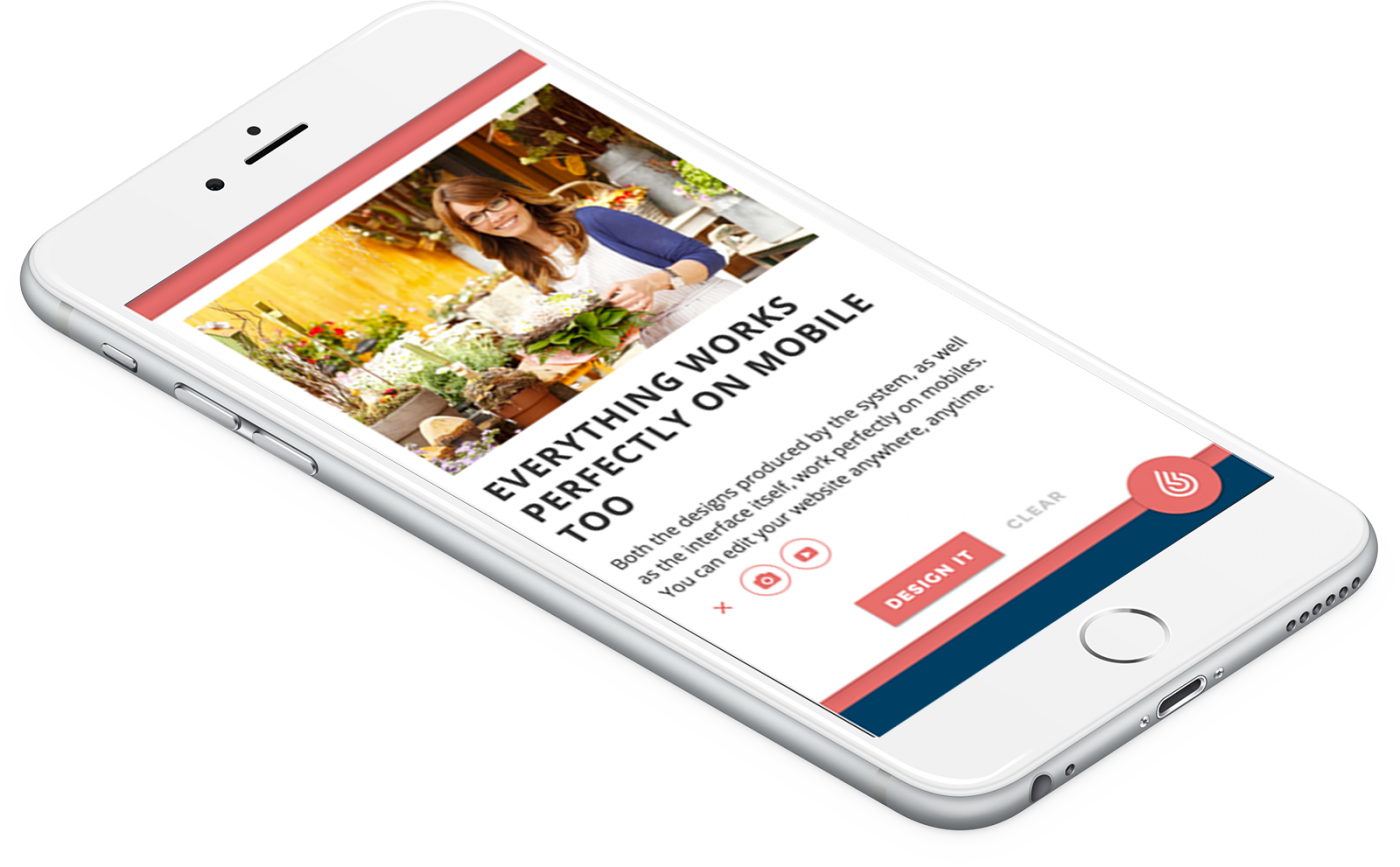 The Firedrop website builder is still in its early stages (Alpha) as a product, but it’s already fighting residual perceptions left behind by another service that promised websites built by AI: The Grid. The Grid came onto the scene in early 2015, and it garnered plenty of attention and a commensurate amount of funding. Then it failed to live up to the hype for reasons explained in this post.

On paper, Firedrop manages to avoid the mistakes that The Grid made by putting user requirements and feedback at the center of the AI design methodology. And as Marc explains, “The best part about this is that Firedrop’s design personalities can evolve with the times, so it will not only be able to innovate but also adapt as the web evolves.”

Firedrop will be offered through a subscription model priced at  £25 (~$33) per month, per website. It’s launching around Christmas, with Beta planned to launch in the coming weeks. You can sign up to get early access on their website.