Remember when the video game “Guitar Hero” came out? It was fantastic because it let anyone become an epic rock God, regardless of ability to actually play an instrument, ability to wear leather pants, or ability to consume large piles of cocaine in a single sitting. With just a few button clicks, you could be unleashing a face-melting guitar solo alongside Jimi Hendrix or Jimmy Page. It was easy enough for kids and legitimately enjoyable for adults.

Air Jamz, by Zivix (creators of the Jamstick, a wifi enabled smart guitar) just raised over $34,000 on Kickstarter in an effort to make it even easier to live out your rock God fantasies – all you need is a few tiny devices and a guitar made of air. The premise is simple: clip a small device to a wearable bracelet or an oversized guitar pick. 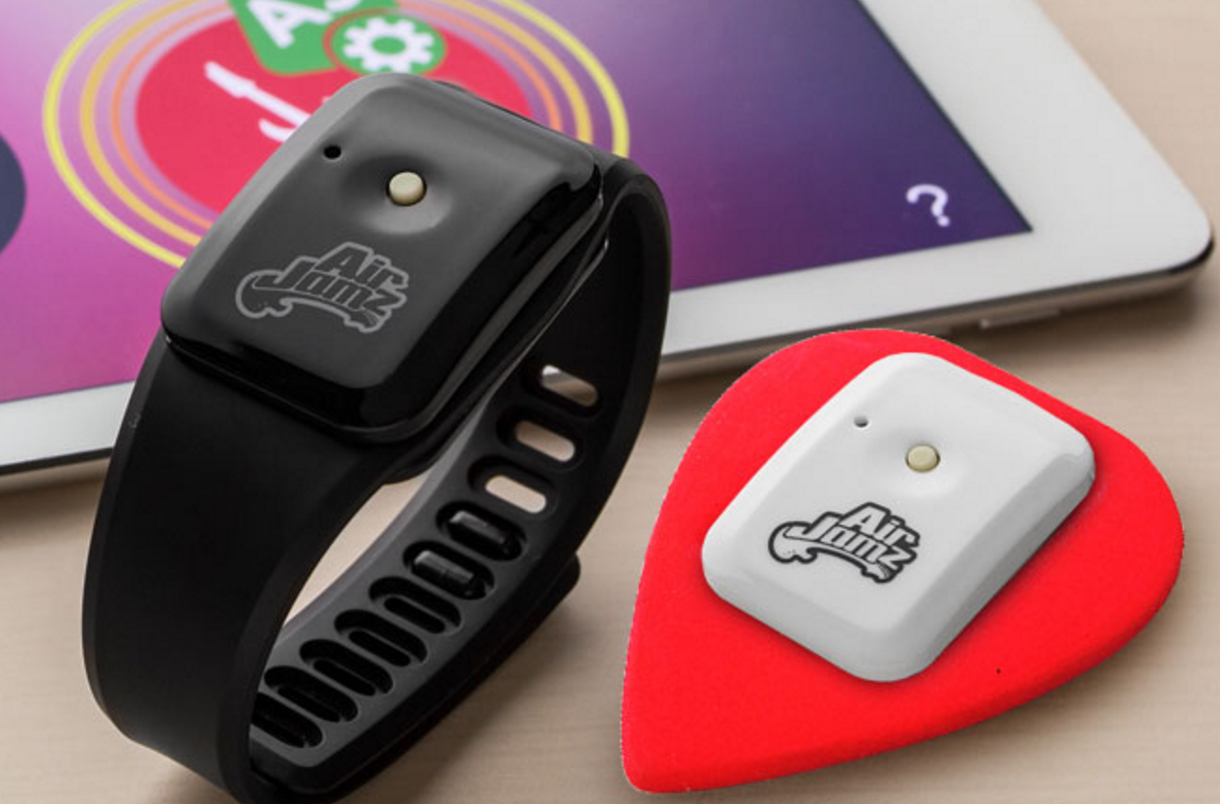 The device, which is equipped with motion sensors, then connects via Bluetooth to a smartphone app. The app contains numerous songs, musical notes, and even sound effects. By moving the wrist in a guitar-playing fashion (or really, any fashion), users can play along with songs, unleash wicked guitar solos, trigger sound effects, and even conduct an orchestra.

A user can play a solo act or can join up to 4 buddies to create an air guitar band. The music can be pumped through headphones, a device speaker, or the “Mini Jamz” speaker, which is also made by Zivix. 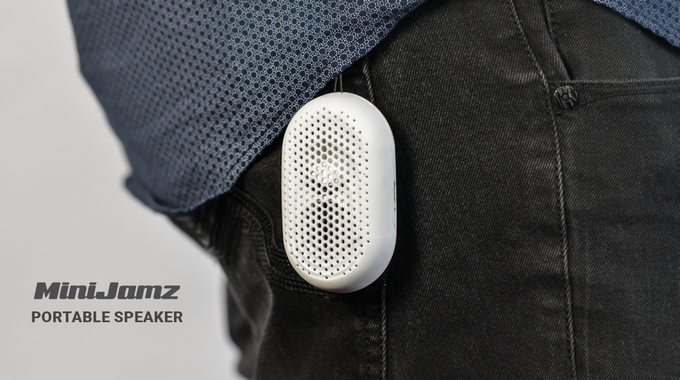 The musical notes, songs, and sound effects are all produced in-house by Zivix, meaning they don’t have to deal with issues of licensing rights; by producing all their tracks in-house, Zivix can constantly create new tracks for users to purchase.

At a minimum, this is a great little toy that will let kids pretend to be rockstars. But then the kids will badger their parents for more songs, the parents will shell out the cash, and Zivix will commence rolling in giant piles of money, becoming the real rock stars. Other potential users for AirJamz include:

According to their Kickstarter page, the Air Jamz will retail at around $60 dollars. Units can be pre-ordered now on their website and plan to ship in August.