Divorce is something through which nobody wants to go, yet it’s something many families must to tackle every day of every year. It doesn’t just cost a lot financially; it also can take an emotional toll on all parties involved, especially when children are brought into the picture.

In today’s age of real-time communication via instant messaging and texting, it makes sense that a new tool would be developed to help the process move along. That’s where Amicable comes into play.  Rather than going through a painful process focusing on the past, this app is designed to automatically draft documents and agreements for users based on answers they provide to the system regarding the desired terms and arrangements of their future apart.

The core purpose of Amicable is to facilitate communication between both parties. In a conversation with SnapMunk, Amicable founder Kate Daly described that the app is designed to fit into the lifestyle of today’s millennials by enabling them to communicate in ways they’re used to (e.g., Facebook Messenger, What’s App, etc.) wherever they are and whenever they  may need to engage in a conversation about the circumstances.

Rather than being a formal legal tool, Amicable is designed to facilitate dialogue and efficiently move along the process of finalizing arrangements in a civilized manner. Aside from helping make things easier for couples, children are key beneficiaries in Daly’s design since the forward-thinking mentality and ease of progress enables parents to develop effective plans for the future with minimal conflict in the present.

For example, one of the modules focuses on creating goals around living arrangements for the family. Amicable then provides the user with a few pre-defined suggested answers, or they can enter a custom message. One reads, “I would like our children to remain living in the family home,” while another option reads, “I would like to move & live closer to my <parents/family/friends>.” Other modules focus on time spent as a family and income distribution.

As the user selects the terms, Amicable pieces together all the modules into a final document which can be shared with a lawyer or other parties. Although it’s not necessarily a formal legal document, the reports from the app can be used to streamline the communications with the attorneys involved with the divorce.

Similar to WhatsApp and other instant messaging solutions, Amicable has built-in communication support so that users can share documents and comments in real-time. When one party sends a message, the other receives an alert to enable a prompt reply.

Amicable is about a year old and is currently available as a beta version for free. For UK based users, in addition to the app, there’s also an optional end to end service where legal professionals can be discovered and hired to handle the complete divorce process. 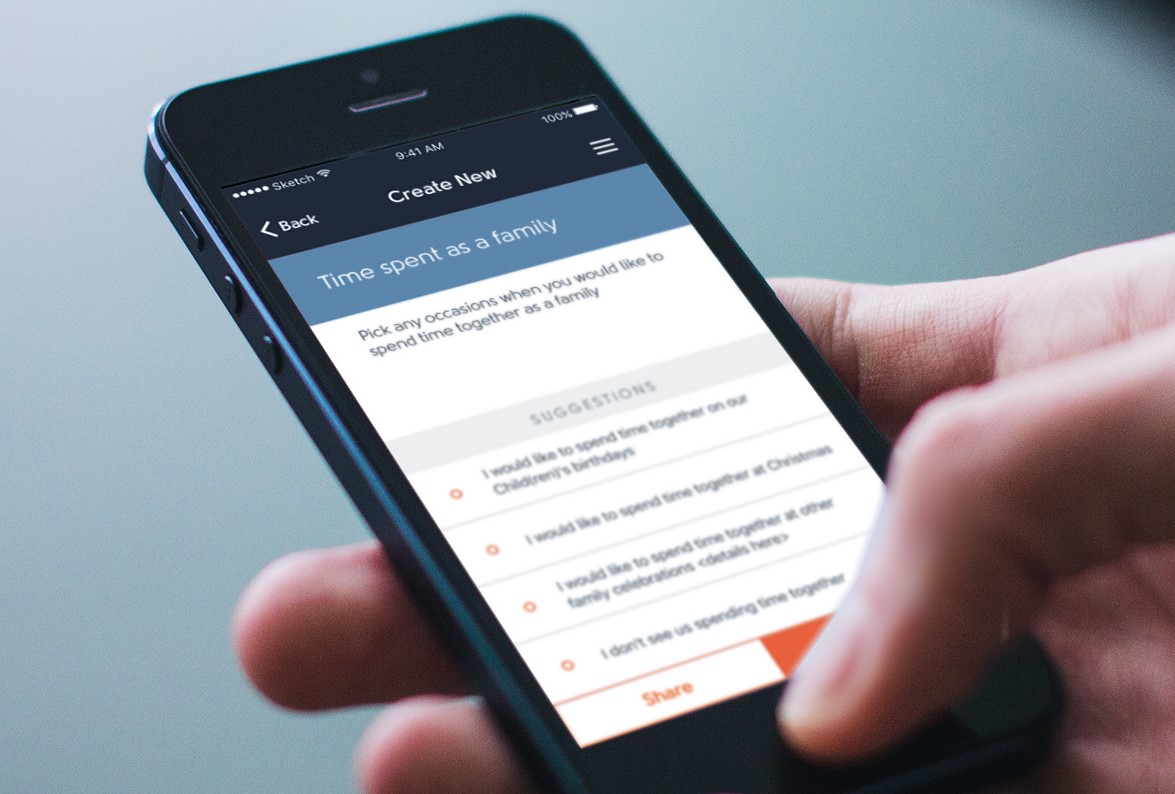