Imagine you’re living la vida loca Silicon Valley style and can effortlessly afford to own a $700 cold press juicer; or you’re a smart-home health-nut and just want to see what one looks in real life. If the b8ta gadget store retail model catches on–and it’s certainly on its way to doing so–you won’t have to make a special trip to CES in Vegas to get your fix. Nor will you have to wait until after you’ve spent your money to know if it’s a total dud.

For those who haven’t heard, b8ta is a retail store that sells trendy tech gadgets with an eye to discover-and-try-before-buying. You’ve seen the model in Apple stores, but with b8ta, a key differentiating point is its breadth of brands. It’s a model that is picking up steam, both financially and physically.

b8ta, who has only been around since 2015, recently raised a $7 million Series A round led by TriplePoint Capital, and has also received $8 million in debt funding–that’s all on top of their original $4.5 million seed round. The company is also soon adding two more locations–Seattle and Santa Monica–to its pioneering Palo Alto store. The Santa Monica store is reported to be twice the size of the Palo Alto store and will feature a virtual reality room where customers can try on VR gear in an environment created specifically for virtual reality experiences.

While b8ta is reported to have done hundreds of thousands of dollars in sales, taking transactions and collecting cash isn’t exactly the focus of this start-up’s value proposition. In fact, one of the most unique things about the business is its sales and revenue model; b8ta is a retail store on the front end, but a subscription service on the back end.

What that means is that the products and brands carried in b8ta locations are paying a monthly subscription to be in the store, in exchange for visibility, sales revenue (in-store sales revenue is funneled directly and entirely back to the product makers), and feedback on consumer behavior. b8ta is certainly a novel retail store, but as far as its top line is concerned, it is a sales and marketing partner–somewhat of a test market in a box. This tweet from @b8ta sums it up: “If you operate stores like software and sell them like SaaS, you can change how retail is done as a business.”

b8ta serves as a showroom where customers can take tech gadgets for a test-drive, or test-fly for that matter. The stores focus is on tech innovation not sold in traditional retail outlets (individually or collectively), such as drones, thermostats, virtual reality gear, high-tech kitchen appliances and hoverboards. As interactions occur and conclude, customer engagement data is passed along to vendors to determine whether or not people are buying the products after seeing it in on the shelf and interacting with it. b8ta and its employees do not take sales commissions–again, b8ta revenue is from brand-level subscriptions.

With b8ta, the goal is to get innovative products like Thync, a wearable designed to help people achieving mindfulness and enhanced energy levels, into physical stores and enable people to have real, tactile experiences with them. I tried Thync at CES 2014, and can definitely attest to the value of trying before buying–particularly with leading edge innovations with which few have had notable experience. 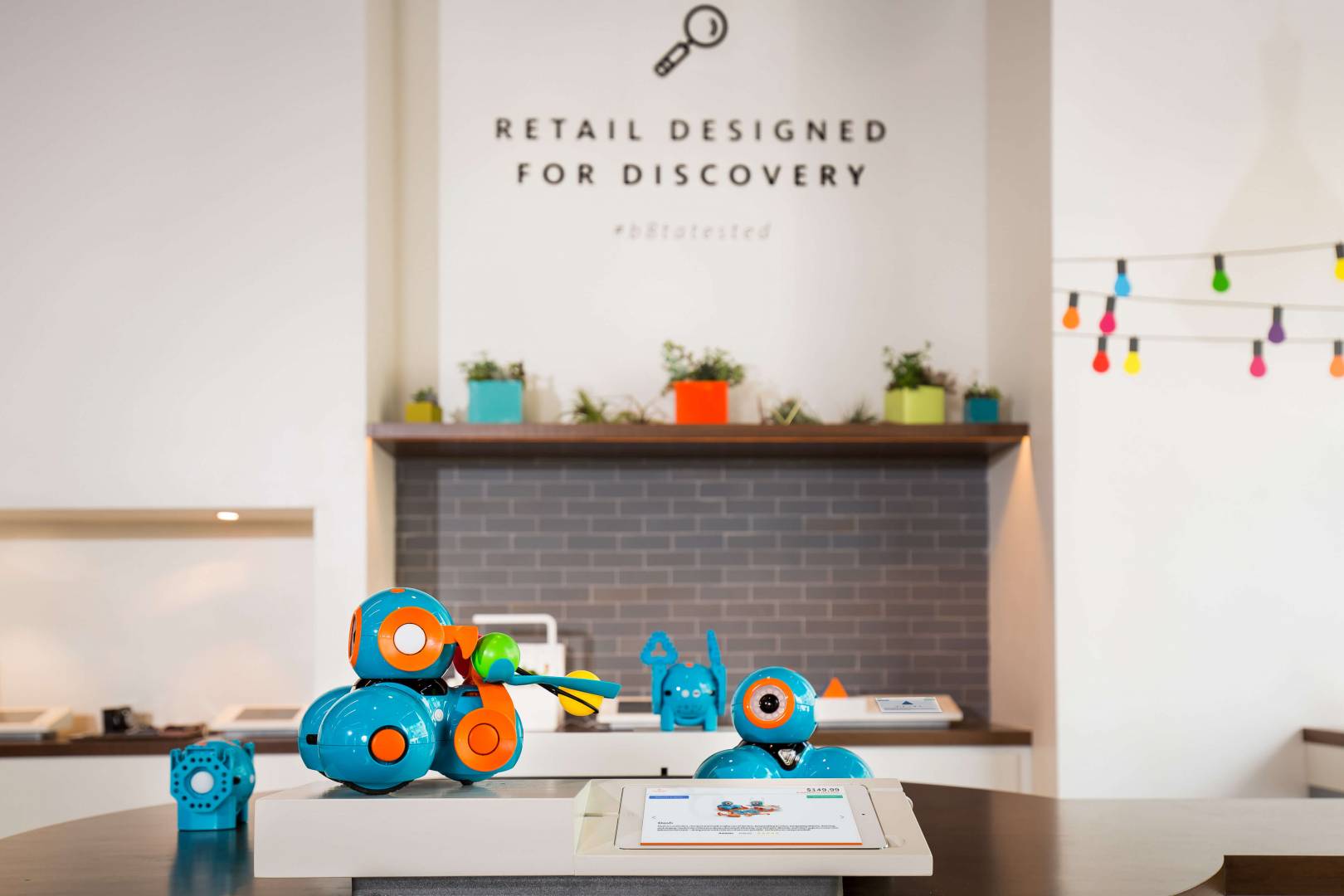 The co-founders Vibhu Norby, Phillip Raub and William Mintun met while working at Nest, the Google-owned company best known for Wi-Fi-connected thermostats, smoke detectors and security devices. “It started with a frustration that we all felt,” says Raub, recollecting the conception of b8ta, for which he is now acting as CMO. “Vibhu was constantly disappointed by products he purchased online that failed to meet his expectations, as well as by his experiences at Nest working on retail initiatives. William and I felt similarly, so together we set out to change how makers bring products to market and how retailers engage with products in a physical world, using technology.”

There is a limit of 80 products in the Palo Alto store, so the methodology behind the curation is sure to contain some secret sauce. “We rotate roughly 8–10 new products monthly, and ultimately let customer behavior decide which products stay relevant at b8ta,” explains Raub. “Furthermore, we’ll be expanding our footprint in Los Angeles (Santa Monica) and Seattle to accommodate greater maker and customer demands.” The $15M that b8ta raised earlier is likely to help fuel further expansion efforts.

b8ta believes that their business model is the future of retail. “With increased options and outlets for consumers to purchase products, retailers need to view their physical space as more of an experience than simply a point of purchase,” Raub elaborates. “Conversely, retailers will need to monetize their real estate differently if they want to survive in the future.” 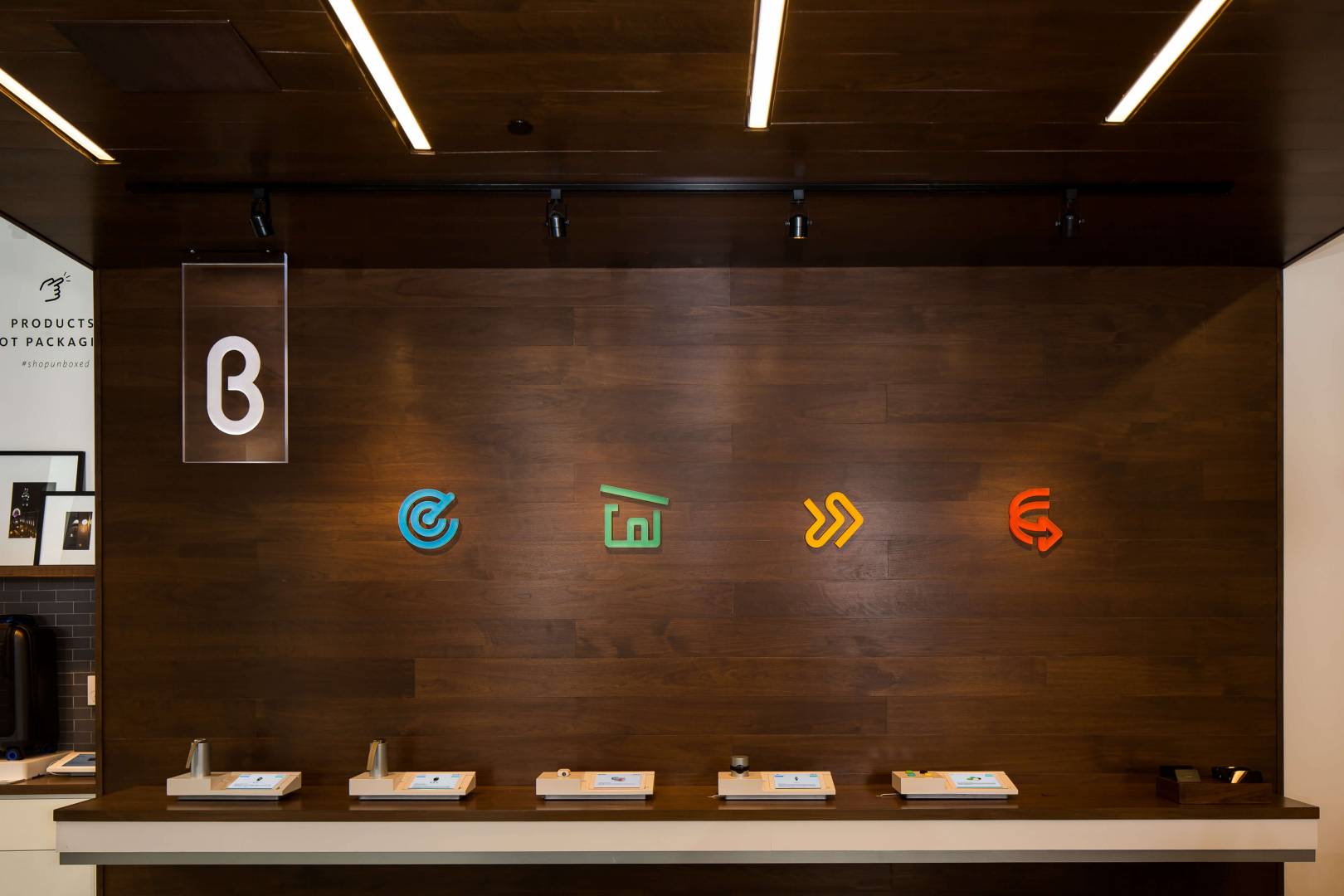 While Raub was hesitant in sharing names of particularly success stories, he did say this: “Since we launched in December 2015, we are happy to have seen many of our partners launch into mainstream retail after having strong sales performances in b8ta. In fact, we just launched a partnership with Lowe’s to help bring even more new products from new companies to a broader customer base.”

Implementing a somewhat defiant retail model like b8ta has not come without its challenges. “Everything is a lot harder than you think it will be,” admitted Raub. “Despite the challenges of building physical stores, we have realized that we are solving a very real problem for both makers and customers in search of selling or discovering and buying new products.”

The challenges hardly seem strong enough to kill their momentum. “Don’t ever quit. You should always learn and adapt, but don’t quit. If you believe that you are truly solving a problem, you can change how people think.” More than a motto, that just may turn out to be table-stakes if you want to stay successful in the innovation business. 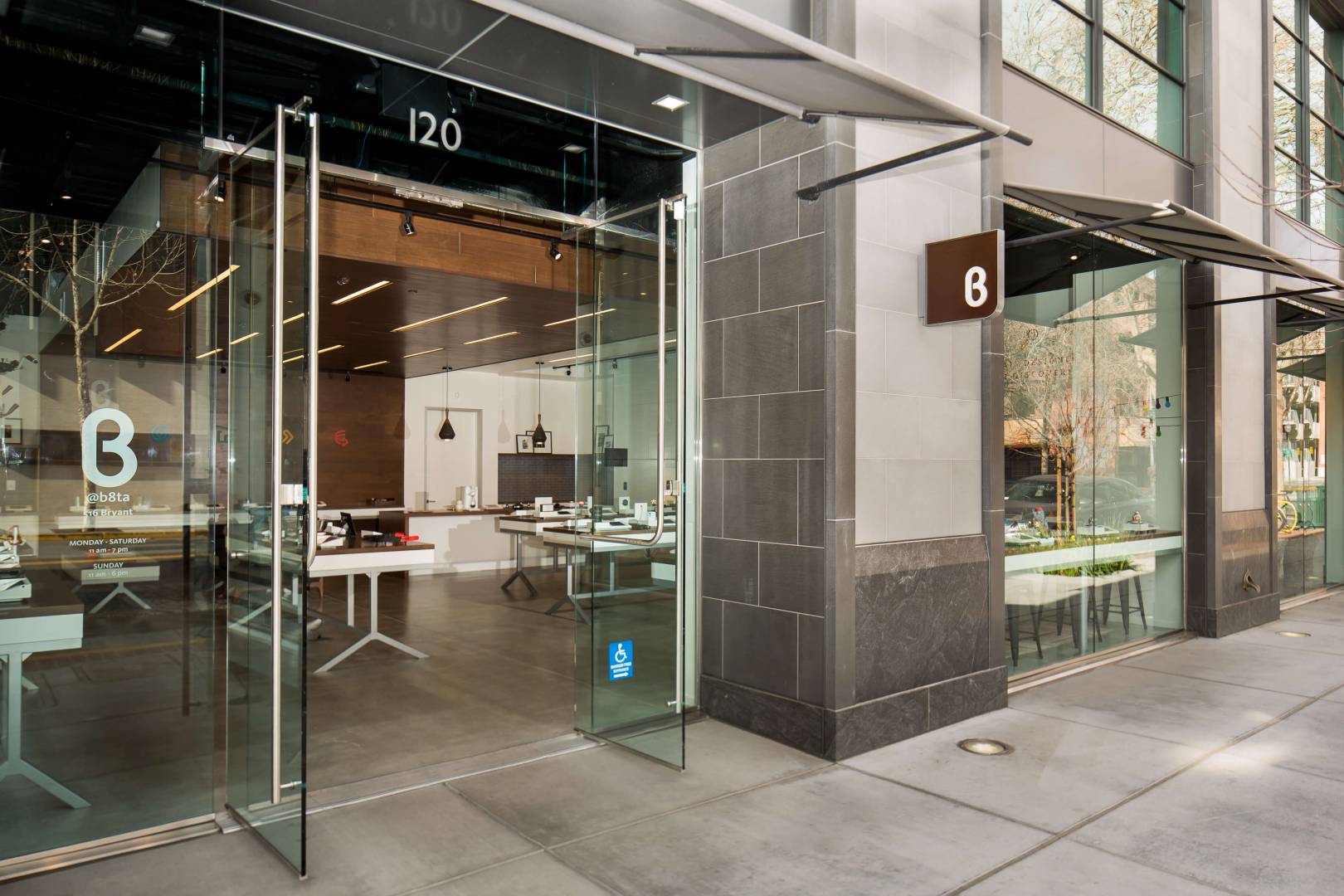