Smart mirrors are a technology in their infancy. What that means is that the products in the segment are still very much hit-or-miss. Fitness tracker Naked makes use of a mirror in an ingenious way to monitor fat loss and muscle gain (and hopefully not the other way around). I’d call that a ‘Hit’. Then there’s the Selfie Mirror, which, true to its name, makes full-length, hands-free selfies possible. There are several other features of the mirror, but still, that’s probably one for the ‘Miss’ column.

The point is, there’s sure to be disagreement as to which smart mirrors are clear winners and which ones belong on a wall of shame–or whether we need them at all. But since we’ve broached the topic, the products that made the list below should get a glance. They make a good account of the best smart mirrors out there with a bunch of cool features, giving us a window into the possible future of the technology.

Perseus calls itself the world’s smartest mirror, and it would be tough to argue that claim. The device basically works like a computer, but makes excellent use of the fact that it has a reflective screen. The makers suggest using it to follow along with make-up tutorials streamed on the mirror’s display, making time-lapse videos of your outfits using the HD camera, or using the augmented reality feature  to try on jewelry or test-run a hairstyle without committing to it. You can also use it for non-mirror-specific tasks like viewing your calendar or getting traffic updates, so it’s pretty versatile overall.

Creating custom eyewear at scale isn’t the easiest thing to do; the combinations of data to be gathered (pupillary distance, facial width, nose bridge width, etc.) can take time to obtain for each individual customer. So 3D imaging company Fuel3D, along with Sfered, created a smart mirror that automatically obtains people’s eyewear dimensions by simply having them stand in front of it. Scanners built-into the device produce detailed images using which opticians can gather all the metrics they require. The technology was first picked up to be showcased by 3D-printed eyewear manufacturer, Monoqool. Full retail availability is expected by the end of this year. 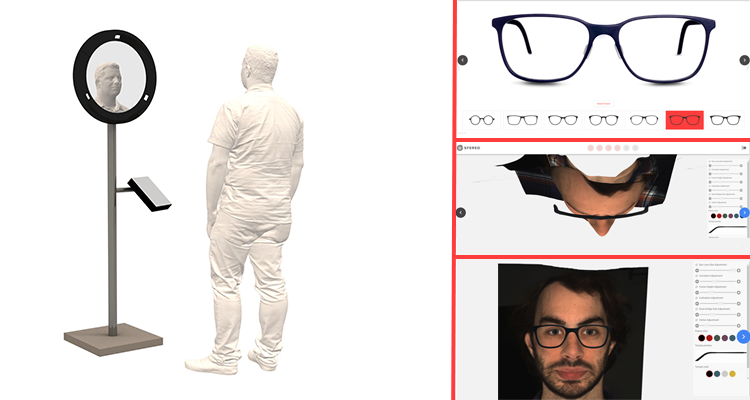 Glance is an Internet-connected smart mirror that fits right in with the rest of the connected home. It uses voice authentication to tell its users apart. Once it knows who it’s talking to, the mirror loads information from their specified widgets, such as weather, daily news, to-do lists and more. Glance’s settings can be configured using a companion app available on Android and iOS. It comes with WiFi and Bluetooth connectivity, which means it can be paired with most other gadgets. The features are nifty, but they come at a price; the smart mirror costs $1,800, and goes into production the first quarter of 2017.

Skincare is undoubtedly a smart mirror niche that has a ton of potential. If you don’t believe me, ask Panasonic and the smart mirror prototype they showcased at the latest edition of CEATEC. The device first takes a picture of users to study their skin. It looks for blemishes, redness, wrinkles, and other such dermal defects. Following the logical course of things, it then recommends products to correct those defects. The premise is quite similar to the HiMirror previously covered on SnapMunk, which creates personalized skincare routines. 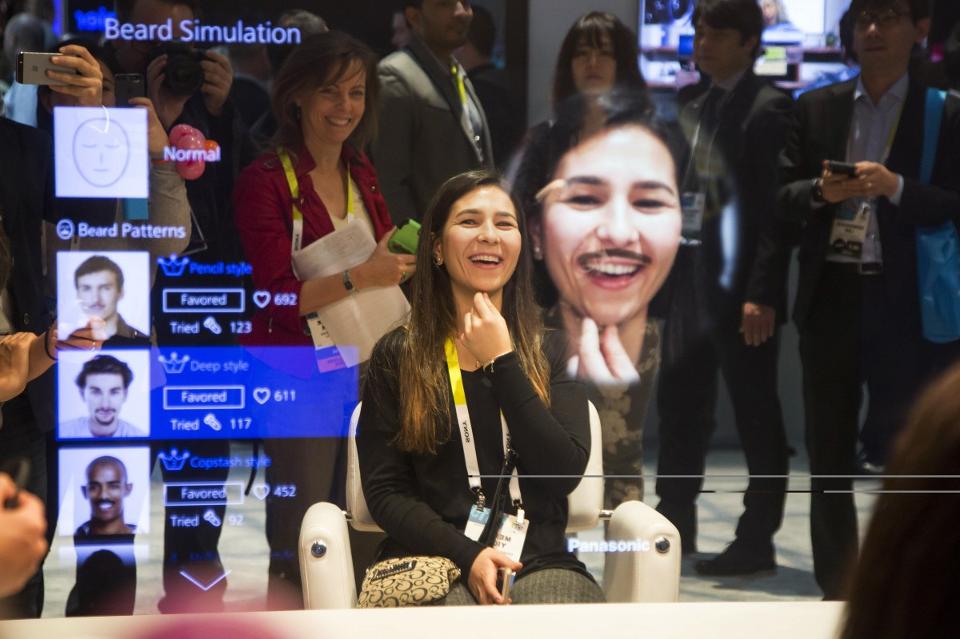 The coolest smart mirror out there started off as a DIY project. Panl is a mirror so amazing in its features that most people who watched the introductory video didn’t believe it was real. Creator Ryan Nelwan tried to debunk a few of the claims against it himself. The masses finally believed their eyes when Product Hunt did an independent investigation into the device.

So what does Panl do that makes instant incredulity people’s first reaction to it? For starters, it’s has a touchscreen. We’re not used to being able to touch mirrors at all, let alone one that’s got a keyboard, gesture-based input, and an incredibly well-built interface. You can use it to do things like order an Uber, change the temperature in the room (using Nest), and watch videos, with a few simple clicks and swipes. Thankfully, Panl is making the transition from DIY project to commercial product. You can sign up to get updates on it here.