Bottle service at your fingertips? Yes, there is an app for that. If you’re scared of getting scammed by club promoters, or think booking bottle service through offline channels is just too much work, then you have to check out this app.

Let’s talk about what BottlesTonight offers. Once you get on the app, you have to choose one of the 12 locations in which the service is available: Las Vegas, New York, Los Angeles, Hollywood, San Francisco, San Diego, Tempe, Scottsdale, Washington DC, Chicago, Miami and the South Bay Area. Once you choose the City, you choose the events that are happening, or the club you want to go. By selecting VIP Entry Tickets you can skip the long lines; and to choose bottle service, all you have to do is select which table you want to sit at, and then meet the minimum purchase and patron numbers required to secure the spot. 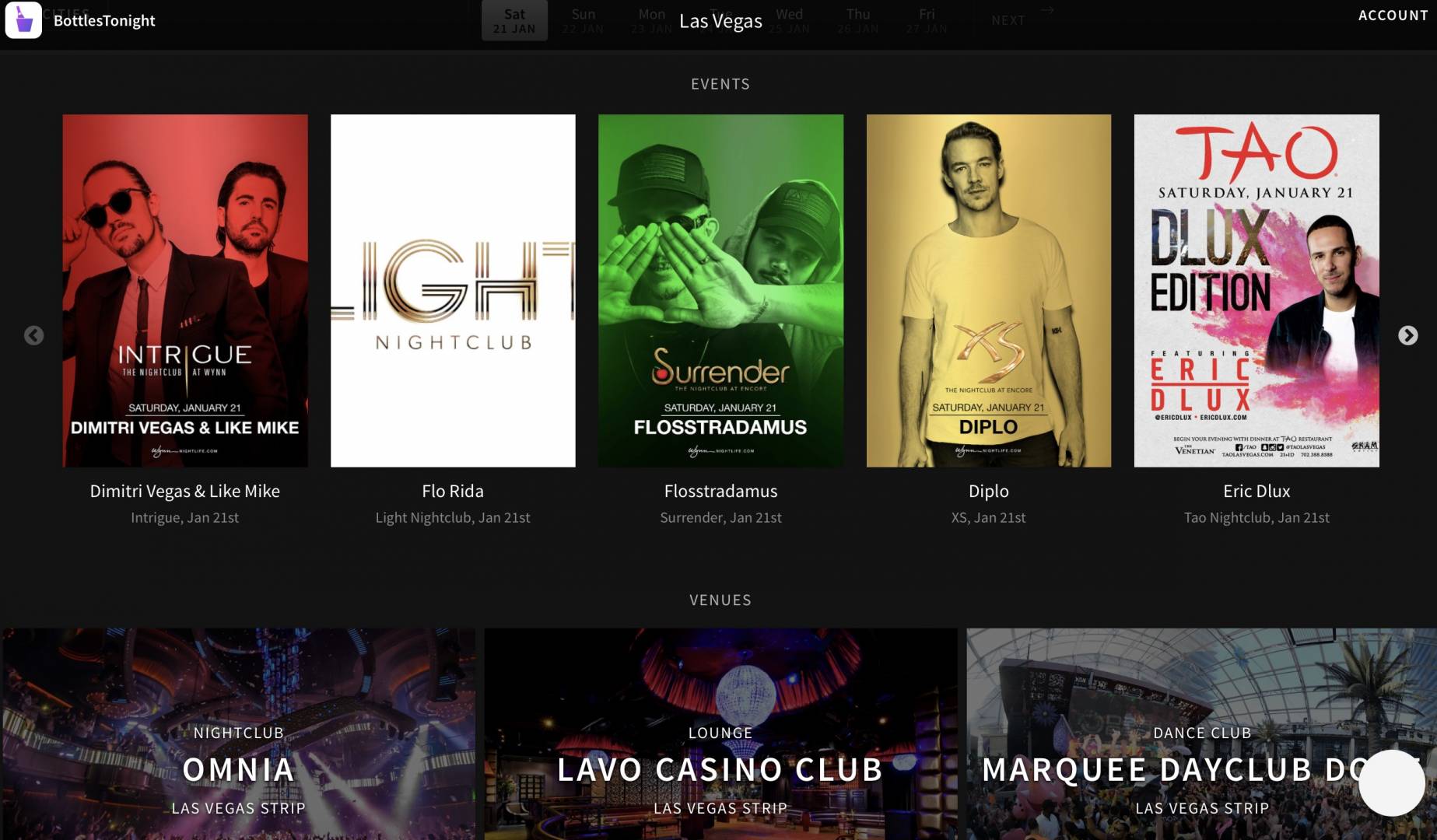 John Rushworth, the founder of BottlesTonight, came up with the idea for BottlesTonight back in college when he was a social chair of his fraternity Pi Kappa Phi, organizing parties for groups of students in Los Angeles and Las Vegas. Rushworth’s friends and fellow students would come up to him after the events asking if he could line them up with a repeat experience.

“I had the connections, and even when I handed over the contacts, my friends couldn’t get ahold of the promoter or anyone at the club,” recalls Rushworth. “And if they did, they found the interaction to be less than welcoming.” This experience led Rushworth to notice the difficulties customers had interacting with nightclubs, and vice versa. Years later, in October of 2013, BottlesTonight was born.

“We operate in an emerging economy that’s driven by companies catering to vice. I call it the Viceconomy,” said Rushworth in his post on Artplusmarketting.com. His LinkedIn slogan is pretty clear on his ambitions in the space too: “Pioneering the Viceconomy” it reads. “In the era of one-click purchasing, this experience and the entire nightlife industry must come online or face certain death in an already declining industry,” Rushworth says confidently. According to some statistics, between 2011 and 2016, the global nightclub industry hovered around a disappointing 1-2% growth rate.

Rushworth graduated from the University of Arizona with a double major in marketing and entrepreneurship. Soon after he started working at Altria where he managed a 20-million-dollar territory in the greater Phoenix area. Following his time at Altria, he began working on his side project Barsential, which was basically the Groupon for bars. He built an iOS app and a network of 40 bars, but he eventually closed that business, quit working at Altria, and moved to San Francisco. In 2016, Rushworth and BottlesTonight graduated from the 500 Startups program through which he raised $125,000 in seed funding. 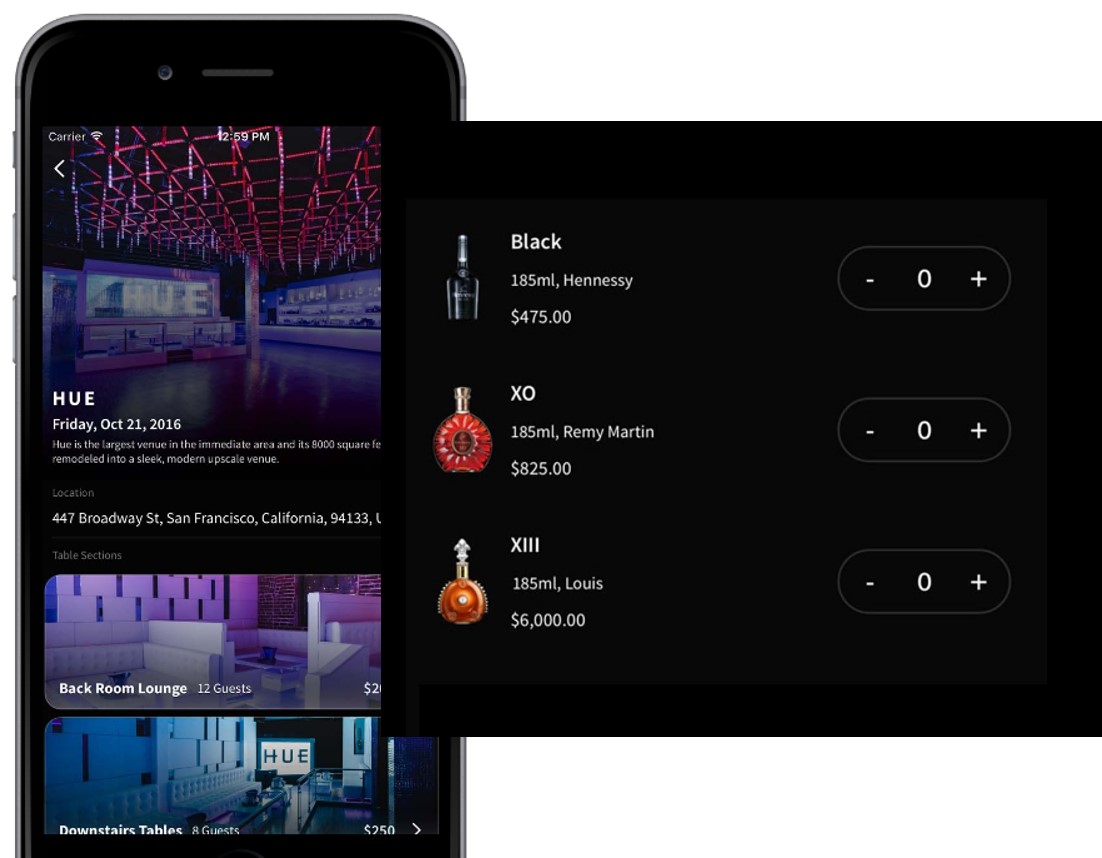 With BottlesTonight, Rushworth and his team partner up with clubs and to provide near-real-time insight into availability of bottle service tables and pricing. Users either can go through the iOS app or the website to the choose events and clubs they want to attend, and then pre-pay for the experience. As far as a revenue model goes, BottlesTonight takes 10-25% commission on each transaction.

Part of the product’s appeal on the industry side is a reporting and management interface that allows club managers and other stakeholders to track reservations and revenues. “We can set a club up in minutes,” said Rushworth. All the club owners have to do is provide information about their table section details and the pricing. From there, it’s straight forward stuff, but it’s valuable stuff for an industry that appears to be a bit behind the technology curve.

Between a floundering business model poised for progress, and a consumer market stuck on spending–Americans alone drop around $100 billion on alcohol each year–Rushworth’s software could find itself a rather lucrative seat at the Viceconomy table. With a few smart moves, VIP startup treatment won’t be far away. 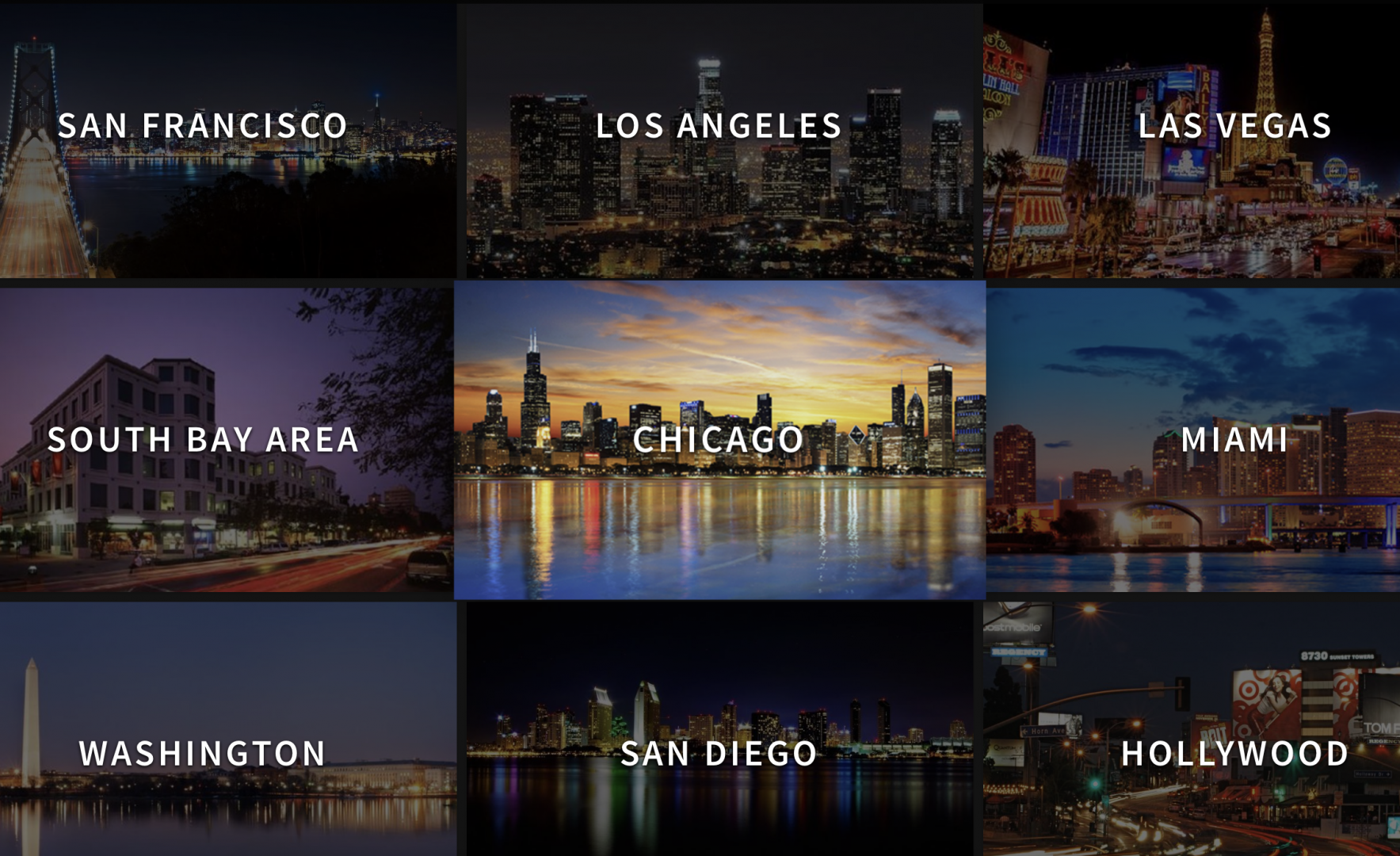