New Potato Technologies, the creators of the Brio, call it a “smart coaster.” That’s a bit of a nebulous term, although there have been a few attempts at hacking beverage coasters using Arduino boards and such. Their interpretation seems to be an IoT smart coaster that offers a whole smorgasbord of dissonant features which they hope have the combined effect of convincing you to go to a bar or party carrying your coaster in your pocket. It has never been easier to be one of the cool kids. 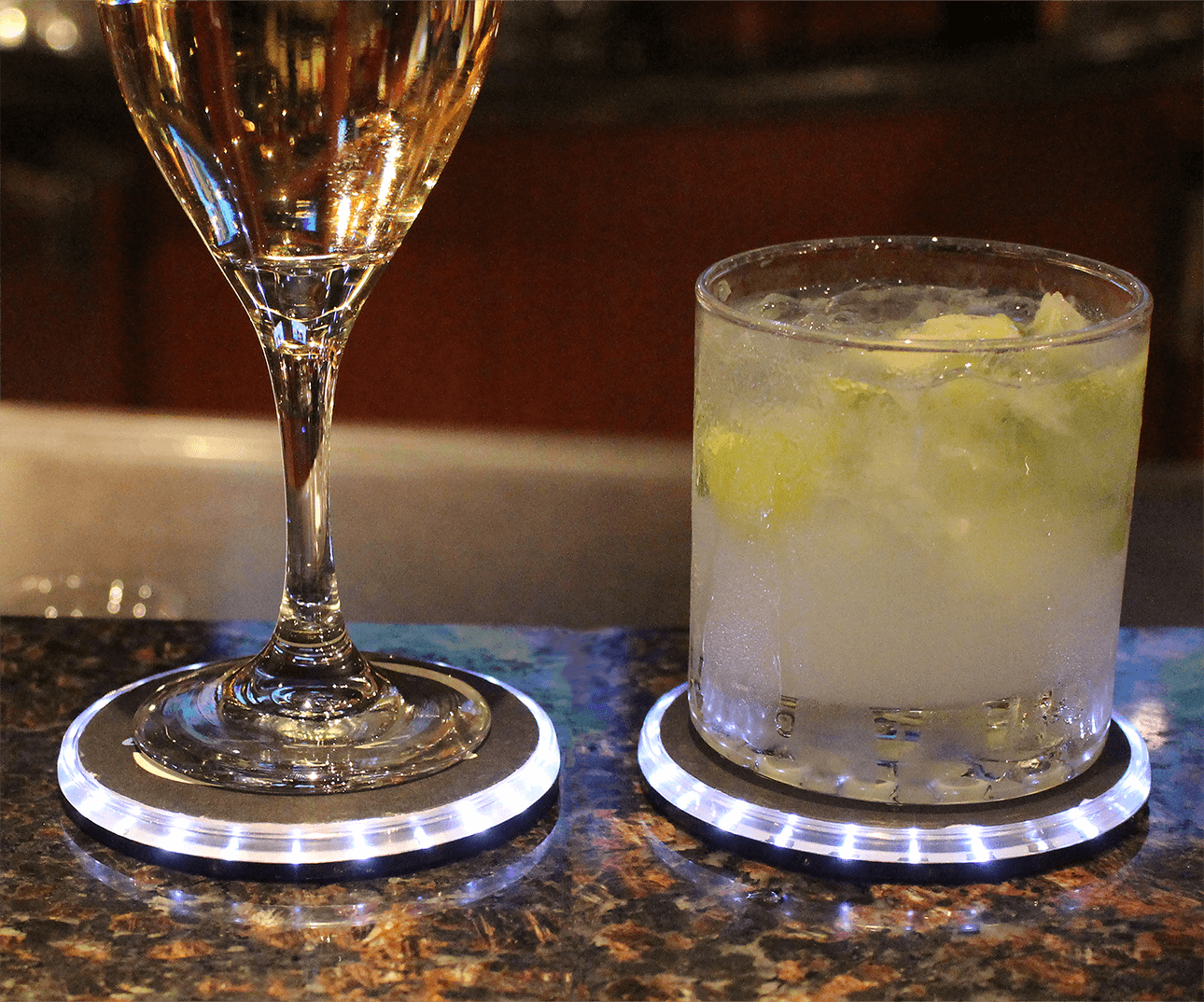 At its most basic, Brio is a smart coaster with a unique design embellished by 24 built-in LEDs. Their function isn’t purely cosmetic. You can use the accompanying Brio app (currently on iOS; coming soon to Android) to control the lighting patterns produced by the LED lights. This is supposed to help with identifying your drink if ever you find yourself in a situation where you leave it unsupervised and need help telling which ones is yours.

Pulsating LED lights are cool and all, but that’s only the start. There’s a lot more Brio does to try to earn the “smart coaster” tag. Not least among those is the whole social network built around the device. That’s right–you don’t just buy a Brio, you buy into a whole community of coaster-loving partygoers with whom you can exchange information on the local nightlife scene.

The social network is sort of a private FourSquare for Brio’s own network of users. You can mark and rate your favorite spots in town using ‘pins.’ Those ratings and locations are visible to other users via the app. The social network could also be used to help make plans for the evening, either by connecting with other users with a ‘Group Hoot’ or looking up featured events and attractions happening locally.

The most important of Brio’s features seems to be what is called Guard Mode, which comes into play when you have to leave your drink unsupervised. Once activated, Guard Mode watches your drink to see if any motion is detected. A phone notification is fired off immediately if the glass or mug is disturbed in any way. You can see how that’s a useful feature to have handy if you’re in a shady club or with shady company. The implementation is a bit weird, though, since Guard Mode requires you to place the Brio smart coaster on top of the glass in which your drink is.

Bucking prevalent trends, Brio hasn’t turned to Kickstarter to raise funds. Instead, you can just buy one right now off the website for $40, and get your hands on the absolute cutting edge of coaster technology.