Brands love loyalty. They’re so nuts for it that in the US alone, businesses spend $50 billion a year on their loyalty programs. And there’s a reason companies bend over backwards to earn the loyalty of their customers; loyalty programs have been shown to account for up to 20 percent of earnings.

But to us consumers, loyalty programs mean having to keep track of a veritable deluge of points, miles, bonuses, club memberships, discounts, and cards. So. Many. Cards. And I have a sneaking suspicion that carrying all those cards around in my wallet is wearing on my glutes.

Cardberry is looking out for anyone who’s strung out on or weighed down by loyalty cards. The Russian startup found that about 60 percent of such cards in the hands of American consumers go unused as a result of their unwieldiness. Their solution: one card to rule them all. Yes, exactly like Coin but with a few differences which we’ll get to later. 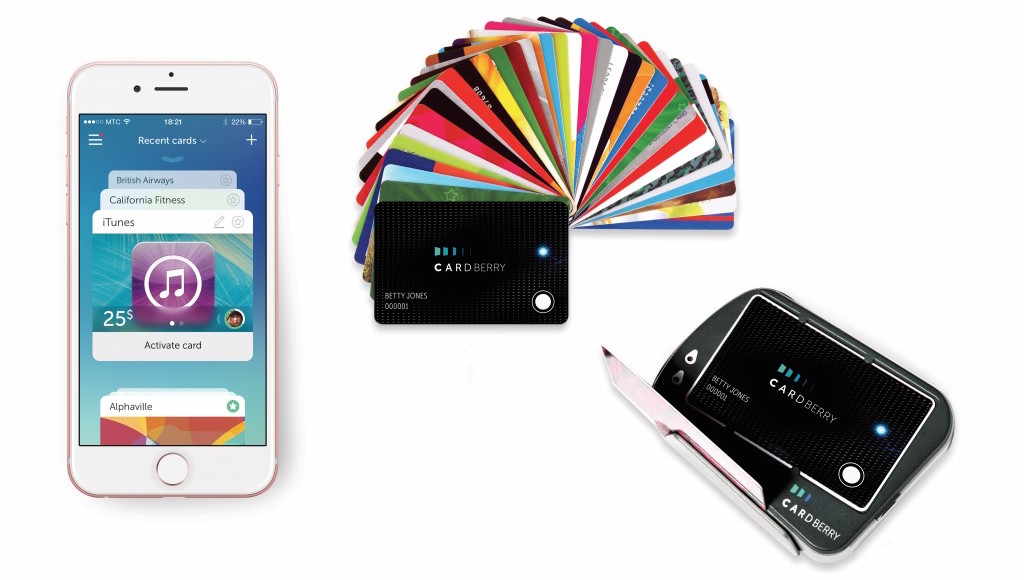 First is the card itself – the one card that is able to morph into whichever loyalty card you choose. It has the same form factor as the other plastic cards we’re used to; same size, magnetic stripe and an embedded barcode through LED that can be read off the front of the card.

Cardberry also provides users a with a card reader. On swiping a loyalty card, the reader obtains identification information from the magnetic stripe and creates a QR code. The Cardberry card is then inserted into the reader and pulls in the info stored in the QR. Then, through Bluetooth, the card is sync’d to your cell phone through the Cardberry smartphone app. The card reader is also used to charge your Cardberry card (and whatever other QI-supported device you may own).

Once you’re at a store and need to use a particular loyalty card, you pair the Cardberry card with the app (again, through Bluetooth) and then choose the card you’d like to use from your smartphone. Voila: the Cardberry card assumes all the info of that particular card and can be scanned or swiped. 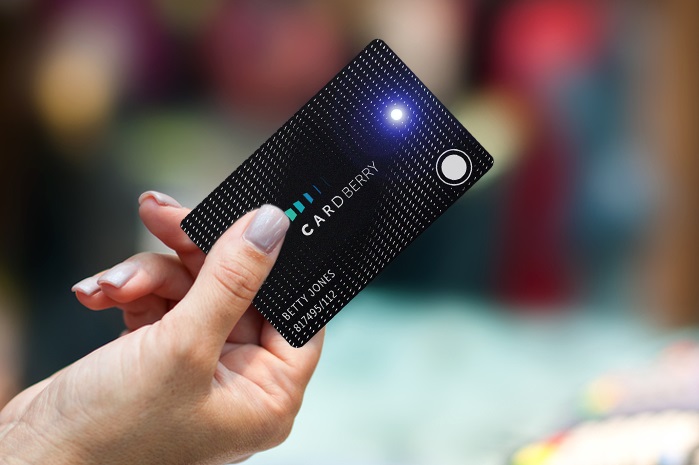 Now to address the elephant in the room.

Cardberry does do the same basic thing as Coin and other services like Plastc and Swyp, but there are a few ways in which they hope to upstage the competition.

Most notably, Cardberry offers a social component to its service, wherein users can obtain access to friends’ loyalty cards for a period of 24 hours by making a request through the app – or a user can just choose to send someone a particular value from an existing card stored in the app.

Unlike Coin, the Cardberry card is rechargeable and supports RFID. More importantly, the magnetic stripes on their cards support encoding for all three data tracks. According to Coin’s support page: “Coin does not transmit Track 1 data and may be rejected at the point of payment,” which means that it will be rejected at places that require the account holder’s name to be read off the card.  As a result, Cardberry supports a wider range of card types.

The startup also has plans to create a marketplace for loyalty programs so that brands can reach customers directly on a digital platform and obtain data on them.

Cardberry is definitely not a pioneer. However, it does operate in an industry that’s full of potential, and one that’s yet to see any one clear leader. With almost 8,000 pre-orders and a persuasive price-point of $100 for the entire product set, the startup has shown that it’s one to be taken seriously.