Although alarm clocks have been around for centuries, there hasn’t been much physical innovation in the space over the past few years. In fact, many people think dedicated alarm clocks are a dying breed as a device since all smartphones now have alarm functionalities built-in.

The makers of Clarity are looking to change that with their product which is almost like having a tablet built-in to a high-quality sound system. It’s a three-in-one Android wireless touchscreen speaker with support for Alexa and OK Google voice commands. 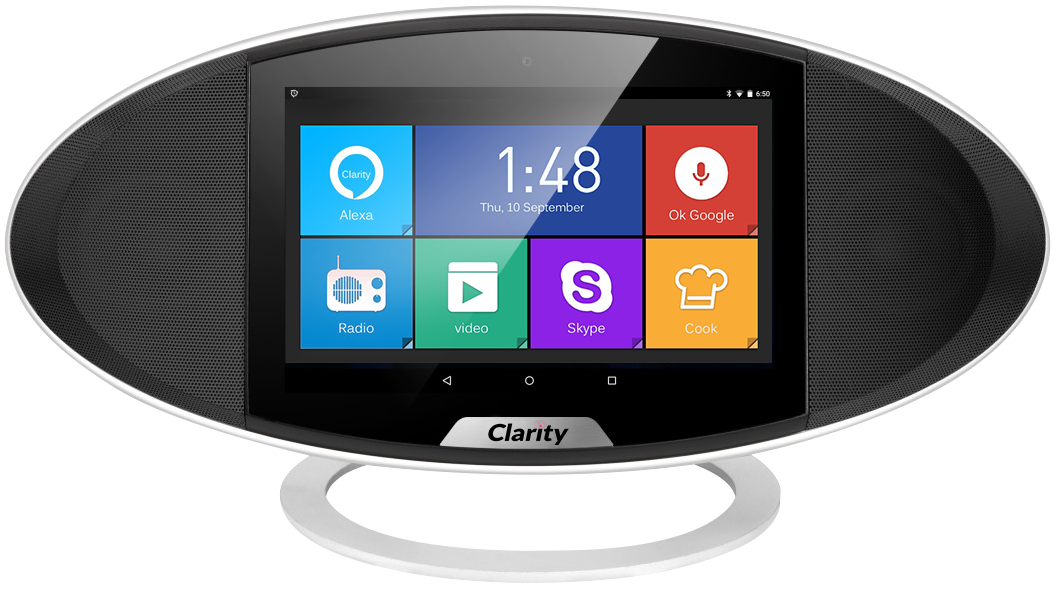 Clarity users also have the option to use the wireless speaker to play Pandora, Spotify, SoundCloud, as well as files stored locally. And for those with smart homes, Clarity is compatible with a variety of hubs which include: Amazon Alexa, Hue Personal Wireless Lighting, Ecobee, Nest, Wemo, TP-Link, Samsung SmartThings, and Insteon.

Clarity is powered by a quad-core CPU, is equipped with 16 GB of internal memory, has a two-megapixel camera, runs Android 5.1, and runs off a 1600 mAh Li-Poly battery. It also is equipped with WiFi and Bluetooth so it can be connected to laptops, tablets, smartphones, and many other gadgets. It charges via a DC adapter and supports expandable storage via Micro SD cards. 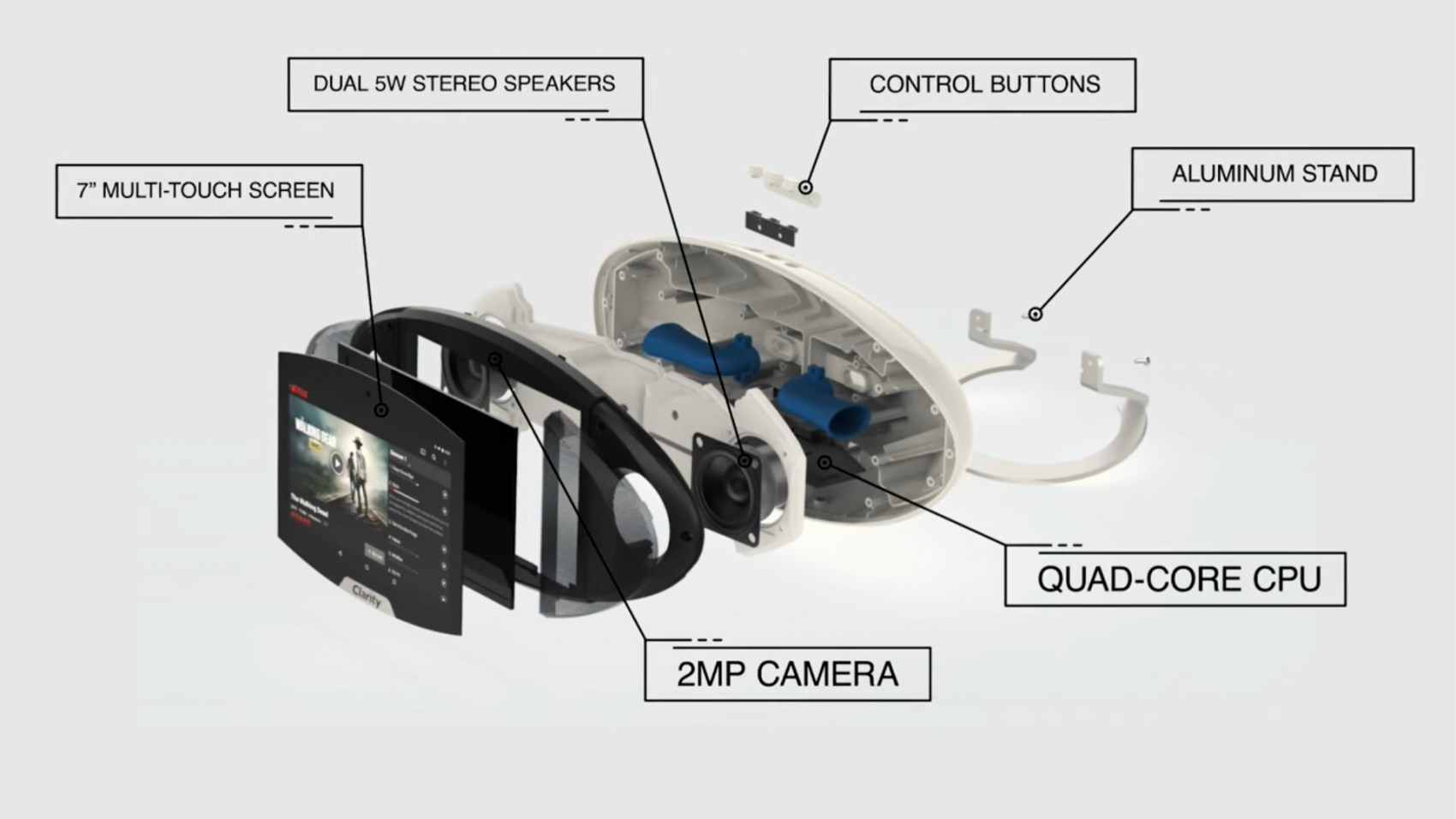 Clarity’s battery is rated to last through six hours of music playback or 2.5 hours of video playback. It weighs two pounds and is equipped with two five-watt speakers.

While in theory, you could use a combination of a smart hub and tablet to gain similar functionality, the main selling point of Clarity is portability and convenience. Rather than having to carry around two devices, users instead have a single device to carry with them.

The team behind Clarity boasts over 20 years of experience in consumer electronics and acoustic technology. Their goal is to bridge the gap between people and technology through straightforward and intuitive products.

So far the makers of Clarity have raised over $171,000 via crowdfunding with an estimated shipping date of June 2017. Pricing for the device starts at $149, and each purchase includes a Clarity, charging cable, user manual, and one year warranty.