I’m an annoying, pretentious, obnoxious coffee snob. Every morning, I make a single cup of coffee in a Chemex, which looks like something out of Breaking Bad. I refuse to drink Maxwell House, or any of those other coffees that come in containers the size of oil drums. When I travel, I bring coffee with me so I don’t have to drink the nasty linoleum flavored coffee available at most hotels. So yeah, I’m annoying as heck when it comes to coffee.

That annoying part of me was intrigued when I saw what the folks at Doers Coffee are doing. The company, which just raised over $25,000 on Kickstarter, is joining other jittery startups like Sudden Coffee and Smart Coffee Technology in the battle for our overcaffeinated hearts and wallets.

With the slogan of “Coffee Meets Tech”, Doers claims that is the world’s first “Digital 100% Custom Roastery”. Of course, this sounds really cool and elitist, but what does it really mean? 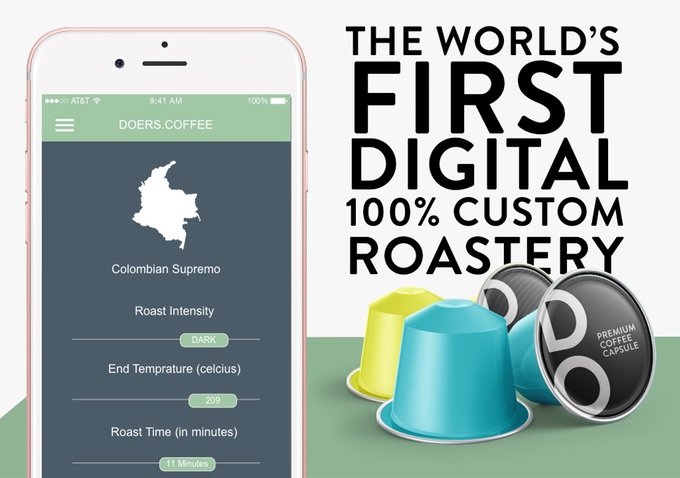 Doers allows highly particular coffee drinkers, like myself, to create their own custom roasts to fit their particular preferences. This customization includes the type of coffee bean roasted, the ratio of beans (in a blend), the darkness of the roast, and even the temperature of the roast. Doers will also grind the coffee to a specified coarseness, although, honestly, a serious coffee snob will want to grind their own beans. The company is currently working to develop coffee pods for Nespresso and Keurig machines, with Keurig capsules planned to ship in Q3 of this year. 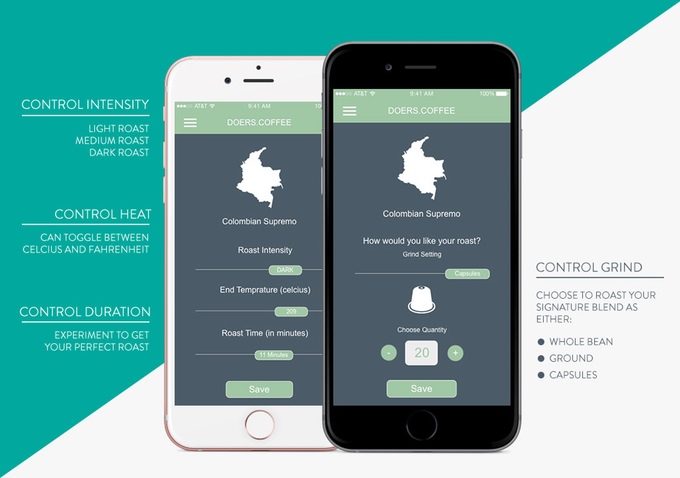 Right now the company is in pre-launch mode, which means you can’t actually order any coffee at the moment. But from both their website and their Kickstarter project, it appears that people will be able to create custom orders both from their website and from a smartphone app.

Surprisingly, the prices are pretty reasonable, with coffee starting at around $12 per bag – that’s about the same price you would pay in a grocery story for a bag of Starbucks.

Clearly, the market for craft coffee is huge, and probably still growing. But it’s also a crowded market. A simple glance at “Coffee Startups” over on Angel List shows 253 companies. But Doers does seem to have a unique advantage in offering 100% custom roasts, and their successful Kickstarter campaign (+250% of goal) proves that some demand is certainly there.

The only question I have is whether there is enough demand for highly customized coffee. Are people really dissatisfied enough with coffee currently available at the store to the point where they want their own custom roasts? Ya, probably…