On-demand artwork is nothing new. From caricature sketch artists in the park to paintings-from-photos services online, it’s a rather well-worn industry. But Color.Works has devised a novel approach to the idea. You give them a photo and they’ll turn it into a piece of unique wall art using 100% Crayola crayons. No, not drawn with crayons; actually constructed with thousands of whole crayons. 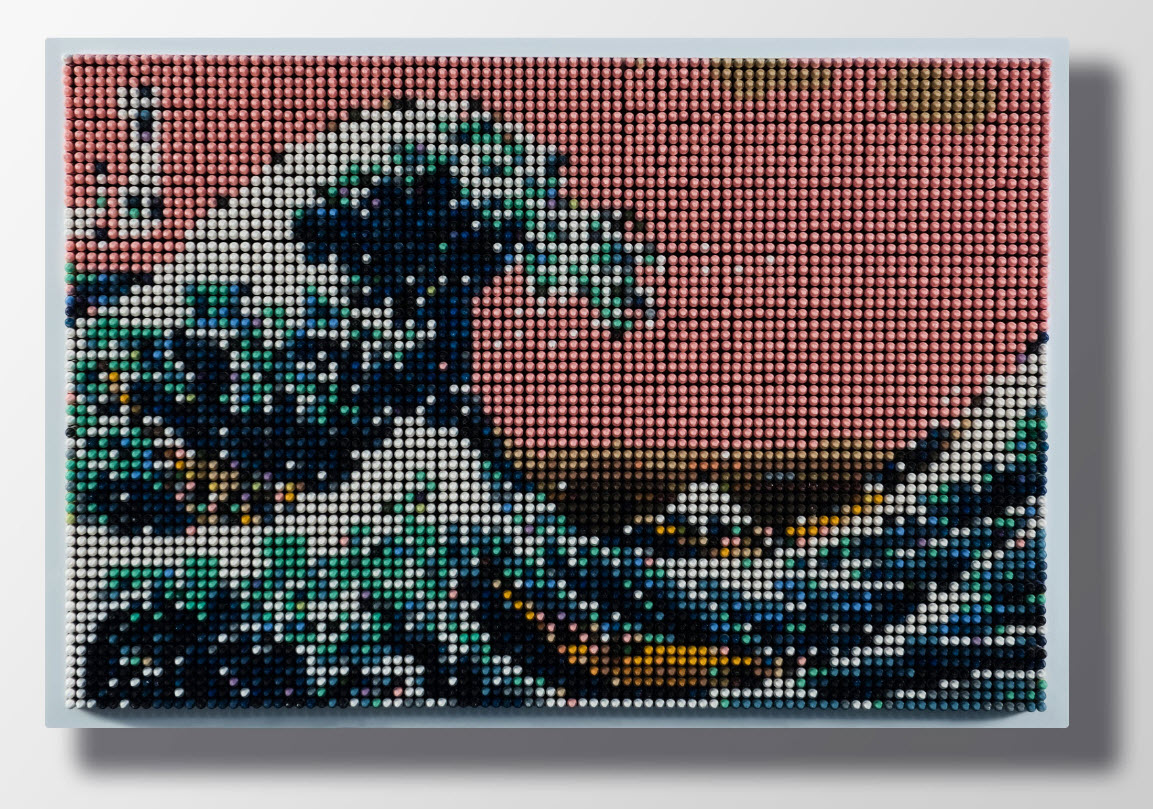 According to Color.Works CEO Jerome Baker, the inspiration for the concept, like so much other inspiration, came from Ol’ Blue Eyes:

The original idea came to us years ago on a family visit to Ripley’s Believe It Or Not, where they featured various celebrity images re-created out of unusual materials like skittles, pennies and one—a portrait of Frank Sinatra—was made out of full-length crayons. Then about a year ago, two of the founders were trying to decide what to concentrate their future creative and business talents on after selling their share in another business venture. Then they remembered the trip to Ripley’s. After many months of investigation and discovery (and finding hundreds of ways NOT to get crayons to stand up next to each other) we hit on a technique that worked and it was at that time Color.Works was born.

The process begins when a user uploads a photo to the site. From there, Color.Works uses a software that creates a map to guide the “artisan” (their word) assemblers in building the artwork. The software translates each of the colors in the photo into 1 of 137 different colors that are available for each piece of art from the Crayola palette.

The artisans assemble the “colorwork” based on the map and then make additional manual corrections for variations or enhancements required in the translation. The entire process takes approximately 2-4 days, with the wall art usually being shipped five days after order. Pre-designed colorworks are also available, and these ship within one business day. 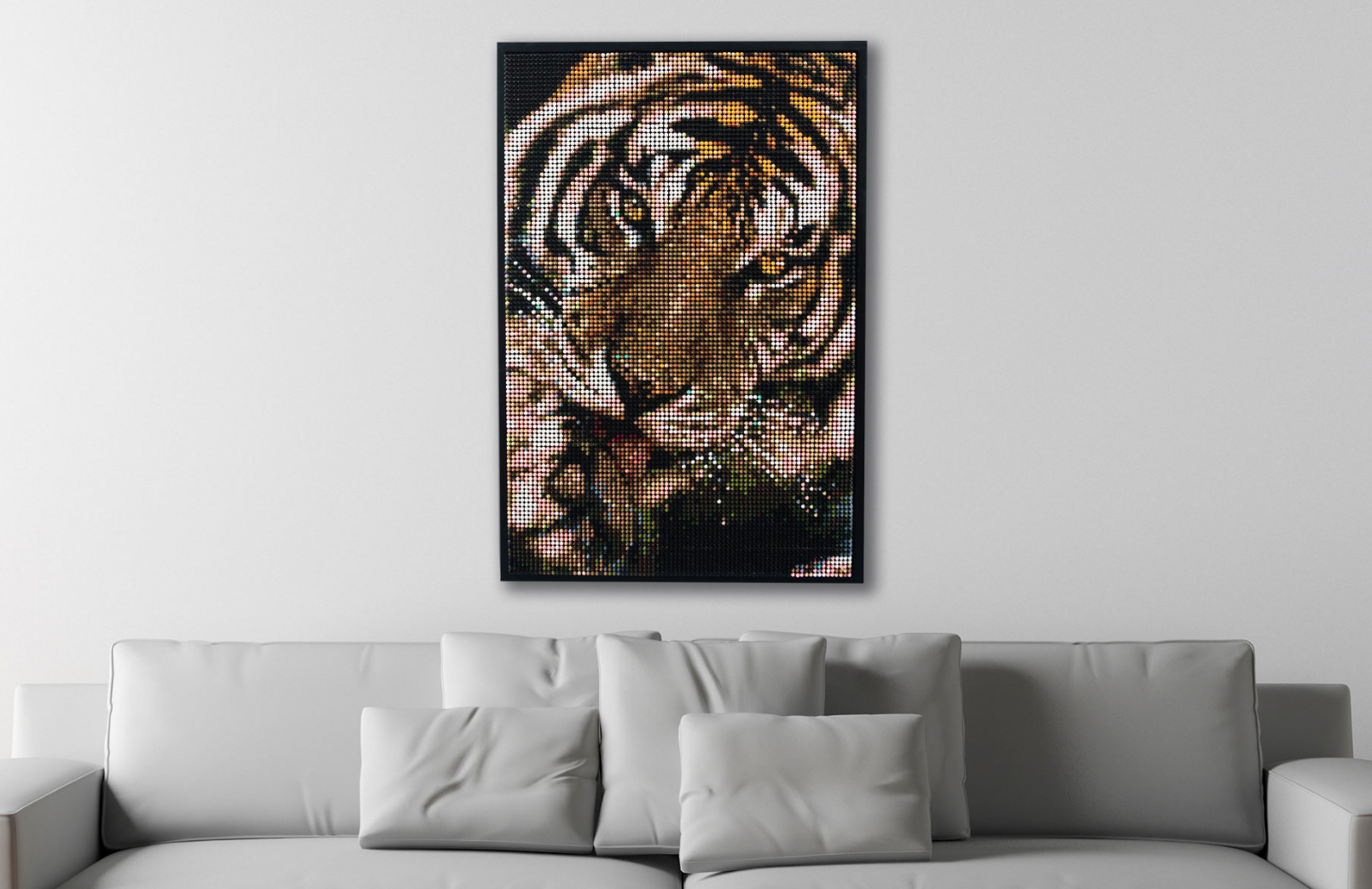 Despite the price, Color.Works has seen positive signs in the two weeks since they opened their online store—traffic has grown 600% each week since the store launch. In that time the company has received quite a great deal of media coverage. Sales volumes have also caught them a bit by surprise.

“We’ve sold more than expected in that short period,” admits Baker. “From lots of individual letters to two Color Me Squared designs and three of our largest custom colorworks made of 15,000 crayons. In addition, we’ve had several national non-profits already request one of our cutting-edge pieces of art to auction at their upcoming annual fundraising galas.”

Color.Works has very specific growth plans for the next two years. To begin, they hope to expand their initial offering from 230 designs to thousands. They plan to offer full kits that customers can purchase to assemble colorworks wall art themselves. They are also in the process of negotiating licensing agreements with various brands (sports franchises, movies, cartoon, etc.) and have plans to expand into corporate logos and commercial applications.

Still in its novelty phase, it’s hard to know just how successful Color.Works will be—does this kind of concept have staying power? If you dig around the recesses of the internet, you can find the occasional artist who creates wall art from crayons, but Color.Works seems to be the first company doing it at a large scale while also offering custom pieces.

As the first player with the appearance of mass-production capabilities, they certainly have an advantage, and it isn’t hard to imagine a carefully stabilized rack of these at Ikea some day. If the show Silicon Valley has taught us anything, it’s that success out of the gates guarantees nothing. It does seem to have that somewhat magical mix of nostalgia and inspiration though, doesn’t it? 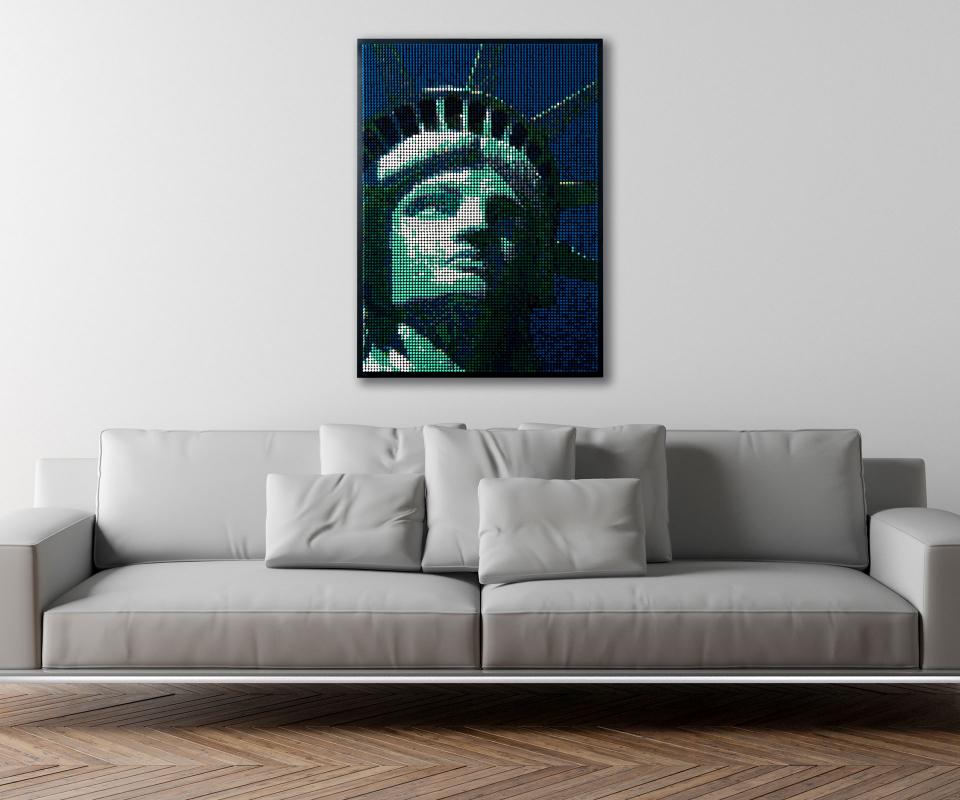