Have you ever played “Six Degrees Of Kevin Bacon”?

It works like this. Name a movie star. It can be a bigshot, like Leo DiCaprio, or some obscure guy who had a brief spot in Wayne’s World 2.

Then, using the movie roles of that star, connect him to Kevin Bacon in six degrees or less. Let’s use Michael Keaton as an example.

The moral of the story? Kevin Bacon has been in a ton of movies.

But the six degree doesn’t only work for Kevin Bacon. In fact, the “Six Degrees Of Separation” rule suggests that any person can be connected to another person in six degrees or less.

What does any of this have to do with startups?

Conspire is a firm believer in the six degrees of separation rule.

As much as we would like to believe that success is based purely on merit and skill, that’s simply not true. Merit, skill, and the general ability kick butt and take names are all crucial, but they’re not enough to succeed.

It’s all about who you know.

Conspire wants to make you a success by helping you connect with the people that matter.

How does it work?

Conspire analyzes your email activity to see who you know and how well you know them. Once the analysis is complete, it then maps out the best connection between you and any person you would like to know. Instead of sending awkward cold call emails or unsolicited LinkedIn requests, Conspire maps out a relational path for you. 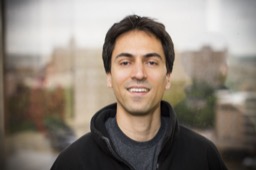 Alex Devkar, the founder of Conspire, used the service to connect to a top-tier investor.

By analyzing how often you email people, the response time, length of interactions, and other data, Conspire creates a chain of contacts between you and that person you’re desperately trying to get in touch with.

And Conspire isn’t content to only use email. The company plans to branch out into using Facebook, Twitter, and text messages in order to create valuable insights for users.

Maybe all those annoying Candy Crush invites will actually pay off.

We may despise email, but there’s no doubt that it contains massive amounts of information about who we are and who we’re connected to. Conspire plans on delivering that information.

The $3.5 million they’ve raised in funding is proof they’re onto something big.