Have you ever wondered how different craft beer would taste if music were used as an ingredient in the brewing process? Can you come up with an experiment that sounds super science-y but might just be total bullshit? I’m bored; are you bored?

For the folks at music hardware company B&O Play and craft brewery Mikkeller, all those questions culminated in a partnership and an all new beer called BeoBrew. It’s a 6.8 percent IPA which its makers claim “boasts a bright and aromatic taste with citrus fruit and floral notes.” Some of that flavor comes from hops of Centennial and Simcoe handpicked from the Yakima Valley in central Washington. The rest of it might just come from the kind of music that was played while the beer was being brewed.

That’s right–BeoBrew is the first ever beer that uses music as an ingredient. The hypothesis: sound waves could influence the beer’s flavor, hopefully for the better. If true, it would explain why that one place with the horrible booze plays Nicki Minaj all day.

As you’d imagine, the kind of music chosen for this experiment was an important consideration. A random tune by any Tom, Dick or Harry Styles would not do. Le Gammeltoft from Sound Of Copenhagen Records was tapped to curate a list of Danish artists whose musical creations would tickle taste buds. That list included names such as October Dance, Louis Petri, and Jens Balvig. Once the music had been chosen, it was time to get brewing.

That process started off as it would with any other Mikkeller craft beer: in a fermenting tank in which barley, hops, yeast, and various other ingredients undergo a two-week long conditioning procedure. The only difference, in this case, was that the brewers lowered B&O Play speaker into the tank with its volume cranked all the way up. Kyle Wolak, Head Brewer at Mikkeller, said in a press release that the vibrations make the yeast produce esters that are more flavorful, which it would not have minus the music. 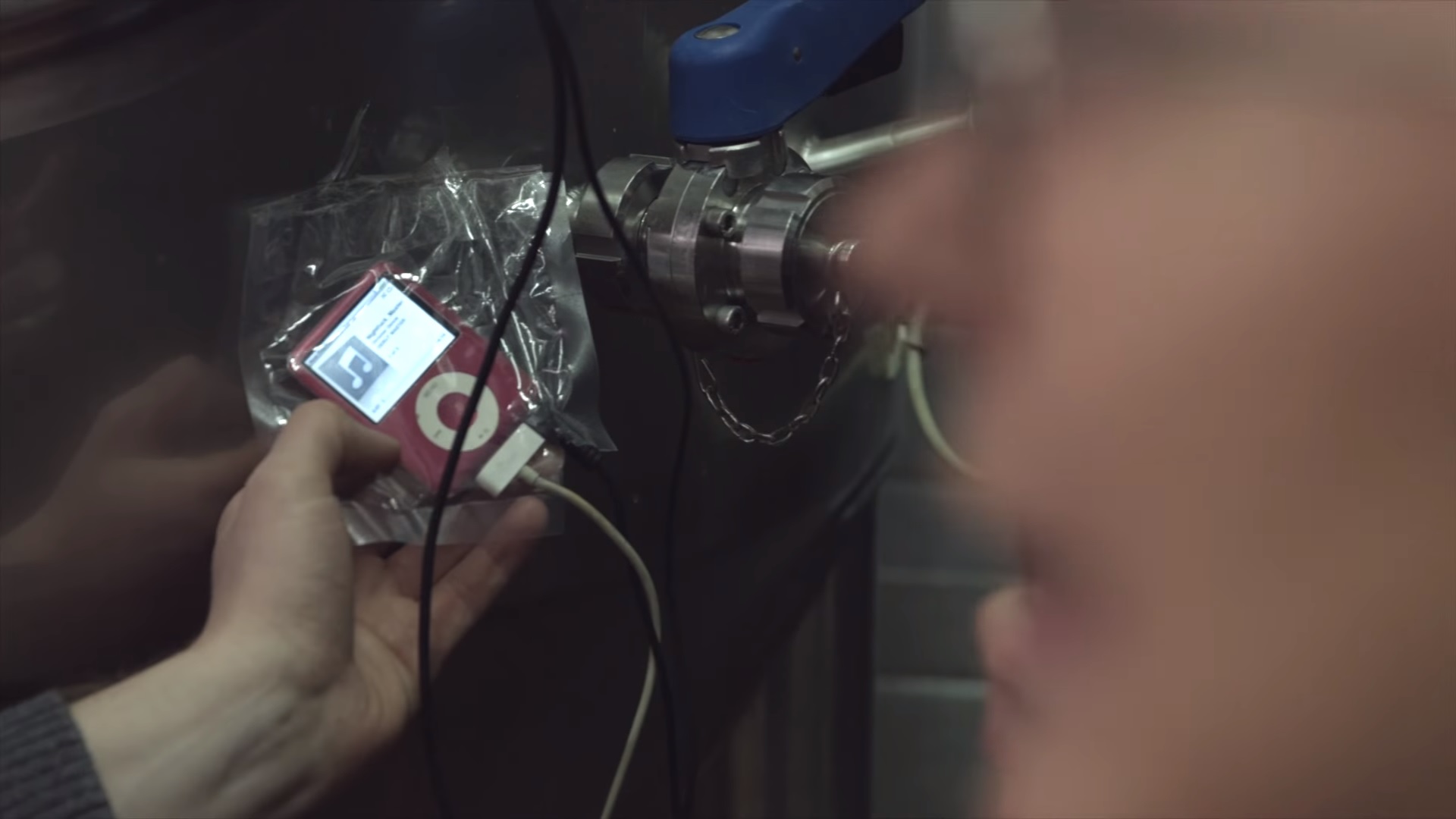 If that sounds a little bit like how you’d imagine Donald Trump explain quantum cryptography, it’s because BeoBrew is more marketing gimmick than it is an attempt at empirical science. B&O Play admits that this whole thing was only a “(sort of) scientific mission.” There is some actual scientific literature on how background music makes a wine taste different and can influence the flavor of toffee, but when it comes to how a speaker in a tank can make esters behave differently, let’s just say the results are inconclusive.

Be that as it may, BeoBrew is still a novel craft beer from a famed brewery, and it’s coming stateside soon. The beer will be available in the Ace Hotels in LA and New York this summer. It is also being rolled out in Spain, Germany, Sweden, and Denmark. And if we must have a music-infused beer, I’d like the one with a note of Iron Maiden, please.