Taking photos with our phones has become an almost reflex response to seeing something cool. While some of us have mastered the art of capturing moments in aesthetically pleasing ways, reliving them is something we rarely do. Launched just last week, Aura is a smarter-than-average digital photo frame that gives users an easy and tasteful way in which to reminisce over the memories stored, and often inadvertently stuck, in the image galleries on their phones.

The product was created by Abdur Chowdhury and Eric Jensen and attempts to breathe some much needed fresh air into a digital photo frame industry hamstrung by manufacturers focusing on competitive price points rather than features. Unlike its competition, Aura appears to have hit all the right spots in terms of software features and build quality.

The device is controlled using an iOS app. Once Aura is connected to WiFi, the app can be used to grant access to your phone’s camera roll. Aura doesn’t just download all the photos on there—it’s a smart photo frame, after all. Using facial recognition software, it scans each image and creates albums based on the faces it discerns. You can then select the albums containing the people whose faces (and bodies) you’d like displayed on the frame (you can actually assign different photos to different frames throughout your place). Not only does Aura find past pictures containing the people you’ve picked; any future pictures containing them will also make it to the frame automatically.

The smart features don’t stop there. To account for poor photography or lighting conditions, it will leave out any pictures that are blurry, too bright or dark, contain red eye, or are poorly cropped. Any images that appear to contain passports or driver’s licenses are automatically eliminated. Further, the Aura comes with nudity filters, which probably comes as a downer to the exhibitionists out there (the rest of us are relieved).

There are also collaborative features built in. The app allows users to add family members and friends using their email addresses; once invited, family members can share images directly to the digital photo frame. It should be fun to have a new image of someone close to you pop up automatically on your photo frame. Users are given the option of saving the photos that have been shared by collaborators.

The 11.75×10-inch digital photo frame is powered using an included adapter. Color options for the frame include charcoal with a black trim and ivory with a trim of rose gold. The display is 9.7 inches with a 2048 x 1536 resolution.

The Aura looks like a cool addition to any living room wall or mantle, but the smart features come at a price—$399, to be exact. That amount is inclusive of accessories such as a stand, wall hook, wall mount, and cable tie. If it has caught your eye, you can order one on the Aura website; shipping within the US is free. 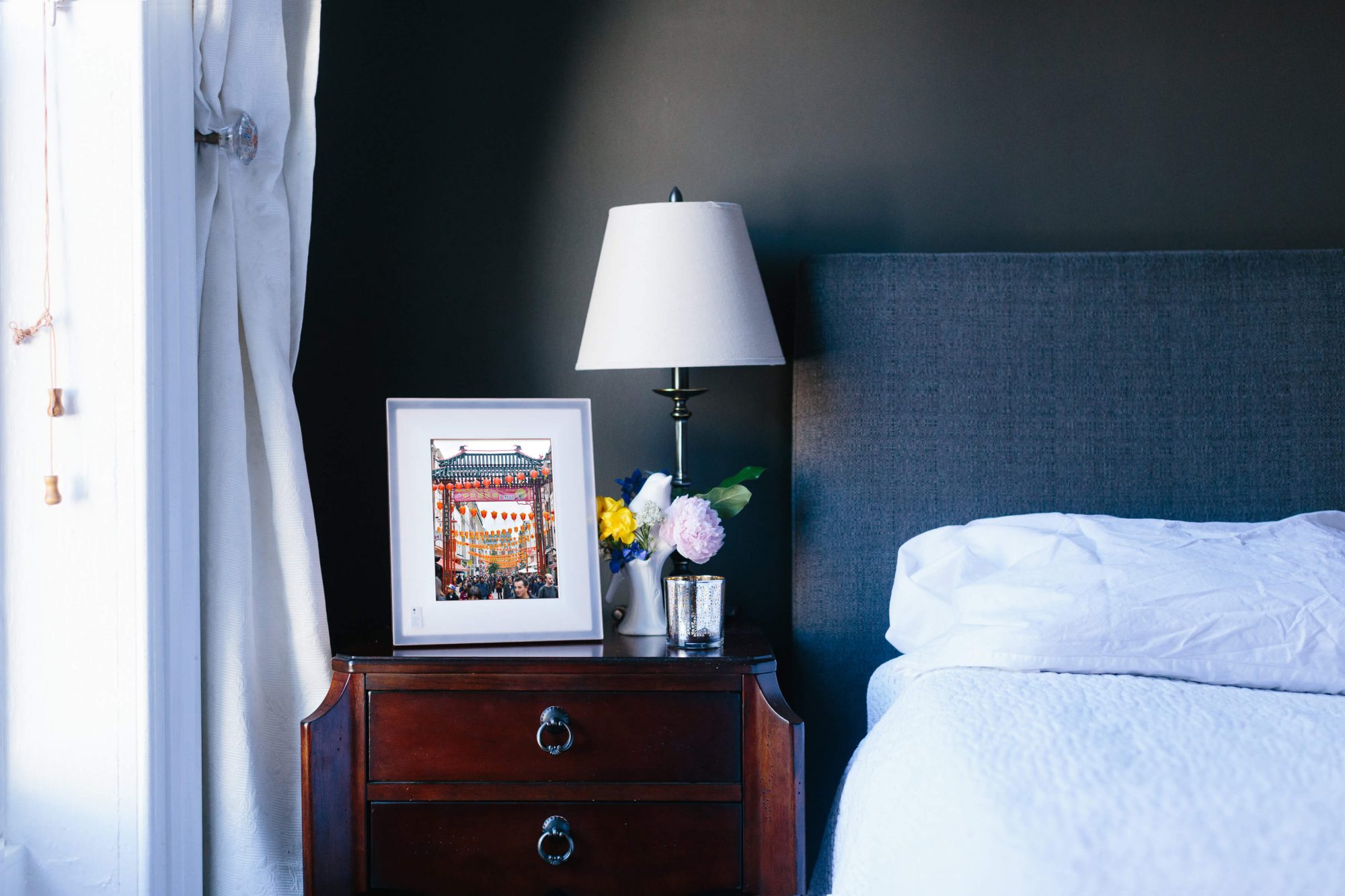