There’s something about hearing the words “I dare you” that brings out the fight in a lot of us. Now there’s a way to indulge your inner competitor and walk away with a lot more than street cred and a sense of accomplishment.

Double Dog is a social network for people who enjoy completing dares and challenging others to attempt them. The app started off as a way for Flying Manta to test and exhibit its smart contracts system. They decided to build it into a full-featured, real-life action game and social network after seeing a robust community beginning to form around the concept. It has since won the Audience Choice Award at TechCrunch’s Pitch-Off event in Austin and amassed a rapidly growing 100,000-strong user base. 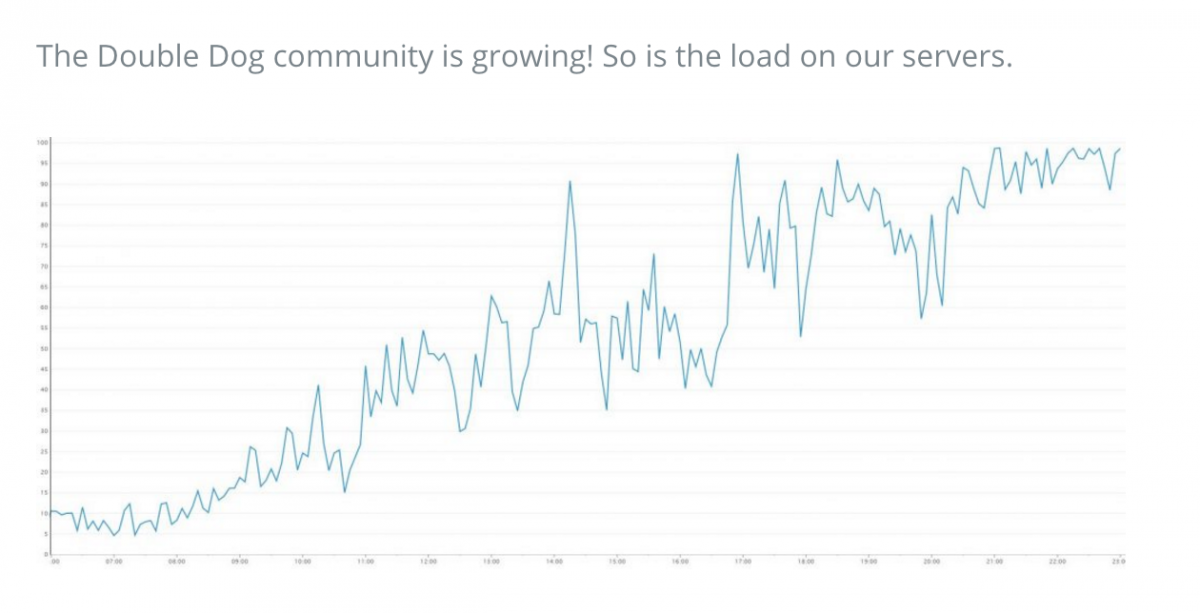 Double Dog lets users either send or complete a dare to earn points called, “Bones,” the virtual currency of the app. If a user chooses to turn down a dare that they’ve opened, it becomes a Double Dog dare and boomerangs back to the sender. The sender wins twice the original value at stake for successfully completing the dare—or loses triple the value and everyone’s respect for chickening out.

On receiving the photo or video that captures the execution of a challenge, the initiating user can either confirm its successful completion or contest it. If they choose to do the latter, the contest goes to public trial. The community is shown the photo/video and gets to decide whether the dare was carried out in a satisfactory manner. 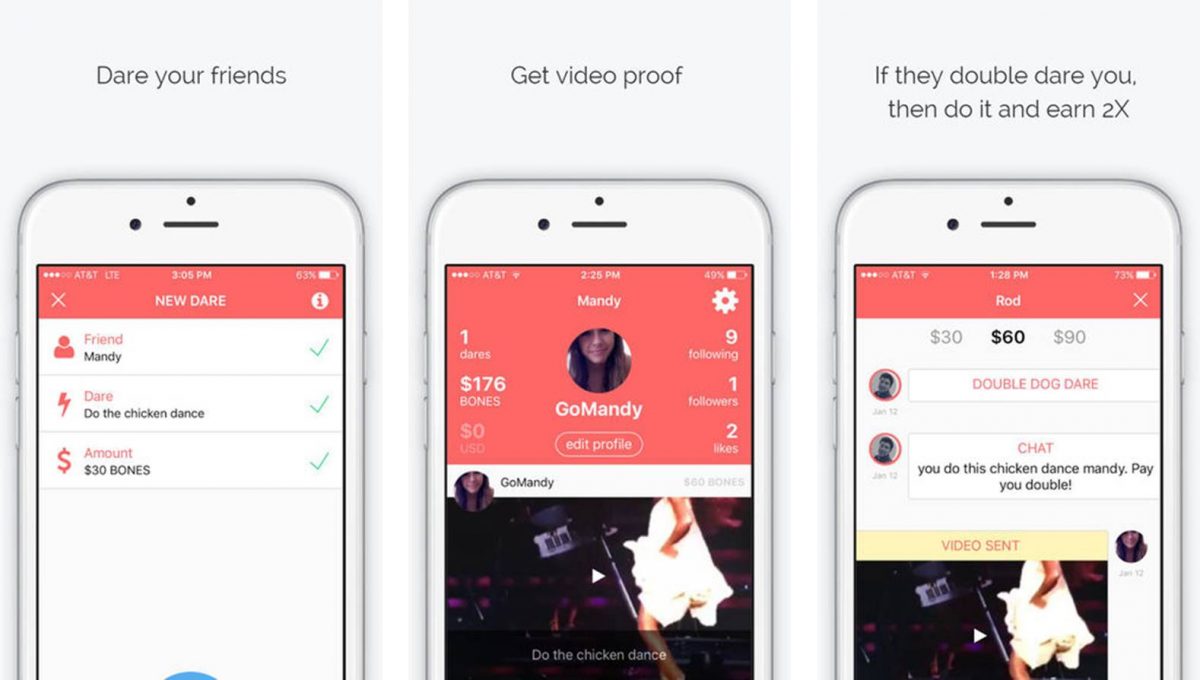 There are a couple of ways to win more than the just the app’s internal currency. The first is by participating in weekly tournaments, the winners of which which are given prizes from Double Dog. The second is by activating Elite Mode, which lets players bet using real money. One Double Dog user won a neat $2,000 for getting a tattoo on his torso. 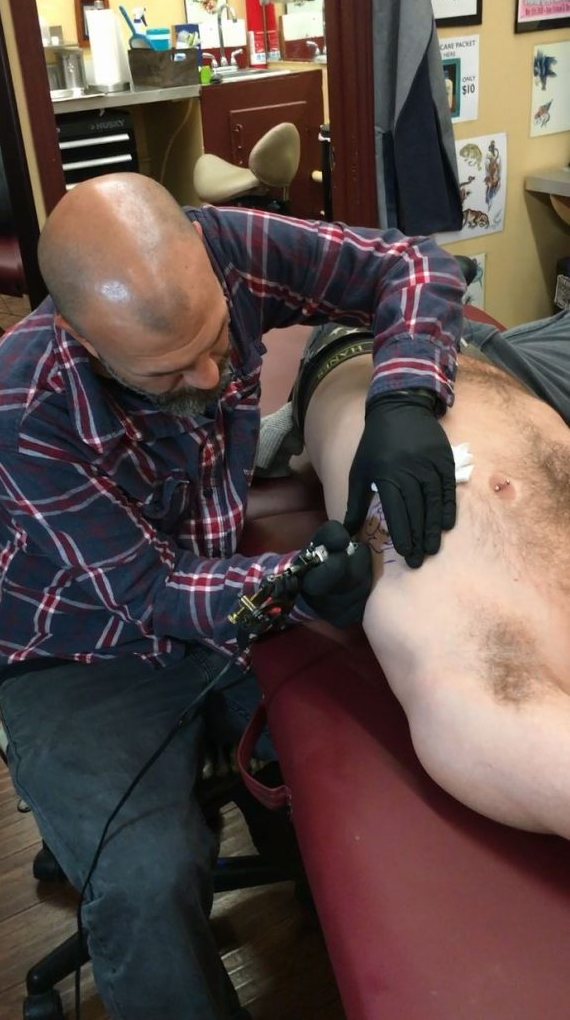 There are also some dares that are sponsored by companies, scoring players goodies and cash for repping the brand involved.

The Double Dog team is currently working on fleshing out user-requested features while also looking to upgrade its hardware infrastructure to keep up with the meteoric rate of growth.

“We have a ton of great features in the works, most of which have been requested directly by our users and by companies that want to sponsor real money dares. Our first priority though is to better accommodate current demand. Our servers are being slammed every night. When we raise a round, we’ll be looking to fund infrastructure upgrades,” Flying Manta COO Theodore Dasher.

If Double Dog’s concept sounds familiar, maybe you’ve heard of Nerve, the new movie starring Emma Roberts and Dave Franco. While the dares in the movie grow increasingly perilous as it progresses, Double Dog emphasizes a safe environment. By deducting three times the original value of wagers from players who back out of doing challenges they’ve given others, the app ensures that reckless dares aren’t handed out. There are always the crazies who will still try, so the community can flag inappropriate activity to bring it to the awareness of the Double Dog team.

Double Dog and Nerve are just the newest iterations of the peer-to-peer challenges marketplace, which isn’t exactly brand spanking new. Back in 2007, Bragster came up with a social network and video sharing website where users could give and accept dares. They were acquired by Guinness World Records in 2010 after having raised over $3 million on their own and accumulating about 11 million visitors a year. Similarly, Klash uses an iOS app to let Facebook friends and the community at large challenge each other and post pictures as proof of their daredevilry. Teemo takes the same premise and applies it to fitness, rewarding users for completing pre-defined “fitness adventures.” 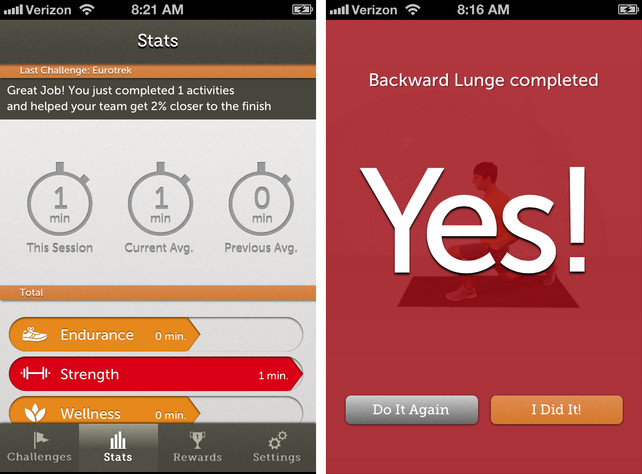 What seems to set Double Dog apart from similar endeavors is the loyal band of followers it has managed to accrue in a short span of time. “When we talk about community on Double Dog we mean it in the truest sense…members take pride in being part of it and feel a sense of shared responsibility for its future,” Dasher says, “for the founders, this has been most gratifying aspect of the whole adventure.”

For anyone looking for a “gratifying adventure,” Double Dog is available for free in the iOS or Google Play stores.