With 1.8 million followers on Instagram, Marnie, the 13-year-old Shih Tzu, has taken the Internet by storm. And, like a true celebrity does these days, she has launched an app.

At first tap,“Marnie Pro” is adorable. You get to place the dog, in poses from her Instagram posts, into your personal pictures. Obviously that’s fun and there’s definitely a quick appeal to imagining Marnie being a part of your life. 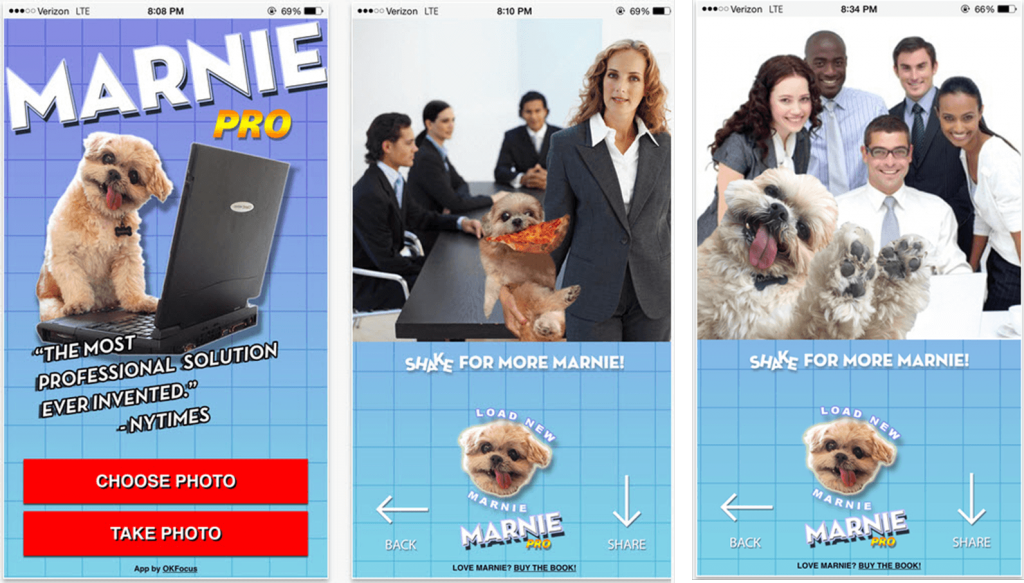 After 10 minutes though, my phone was filled with fake pictures of Marnie and me, and the app had all but entirely lost its appeal. Granted, I only spent 99 cents on it, but now I have an app, not to mention the space-hogging photos it produced, for which I have virtually no use.

Marnie isn’t alone in this venture – tons of A-list celebrities, from movie stars to musicians are lending their name, voices and faces to Appland. Most, if not all the apps are useless and they’re barely “fun” but that’s not affecting the supply.

Tom Hanks, for example, has an iPad app that mimics a typewriter called “Hanx Writer.” At one point it was the top-downloaded free app in the iTunes store, despite the fact that its only functionality was being a typewriter. It had the Hanks seal of approval, though, so mobs of Forrest Gump-thumping iPad users had to have it.

William Shatner also has a mobile app, called “Shatoetry,” in which users can create poetry in Magnetic Poetry style and then hear them read in Shatner’s voice. Paying 99 cents for this luxury may seem asinine to some, but to William Shatner fans, it’s a dream come true.

And Shatoetry kind of sums up the entire genre: these apps are niche, only appealing to a small number of people that really “care” about the celebrities and have a 24 hour shelf-life, if that. Ultimately “celebrity apps”, despite their “popularity” are undoubtedly a waste of money, and a waste of virtual space in app stores. 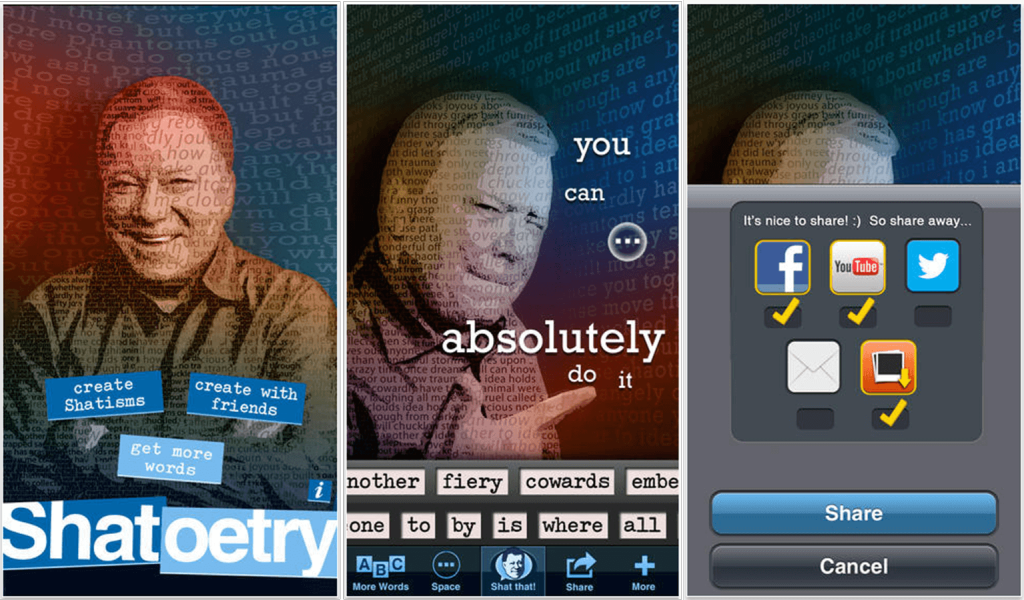 The only celebrity app to really make a relevant mark and hit what could be considered the mainstream was Kim Kardashian Hollywood, a game in which a virtual version of Kardashian guides the user to A-list stardom. It was all the rage in the summer of 2014, but in the end, that’s as long as it lasted, proving that even the most popular celebrity apps are nothing but a fad.

I downloaded “Marnie Pro” because, like millions of others, I follow Marnie on Instagram and it seemed like a  fun idea at the time. Now that I’m done with it, it just takes up space on my phone, and I’m stuck feeling bad about deleting it because it actually cost me money.

So if you ever find yourself debating whether or not to buy your favorite celebrity’s app –in all likelihood, he or she will come out with one – my advice is simple: don’t do it/ You’ll be over it in ten minutes and even with the tiny price tag, you’ll have buyer’s remorse. For 99 cents, candy is a much better fix.

That being said, when some companies are making half a billion dollars a year selling the celebrity apps, being an investor in the space rather than a user may not be the worst idea in the world…