You have something incredibly important to tell the world.

It’s your travel blog where you chronicle your journeys into dangerous places. It’s your cooking website where you share the latest sushi recipes. Your photo blog. Your fashion trends site. Your tech unboxing vlog.

Despite the mobile explosion, your genius is chained up in an HTML prison (now would be a good time to reference the Creed song “My Own Prison”, but I won’t ruin your day).

You need to develop a mobile app, but you don’t have $50,000 dollars stuffed into your mattress.

Unless you use DWNLD.

DWNLD makes it possible to create and publish a premium native mobile app in minutes.

The content management system makes it easy to import content from your blog and social media feed, or you can create entirely new content just for your app.

A collection of classy predesigned themes means your app won’t look like a close cousin to the Drudge Report. Once you’ve selected your theme, you can easily change fonts, colors, and navigation. It’s kind of like Squarespace for apps. 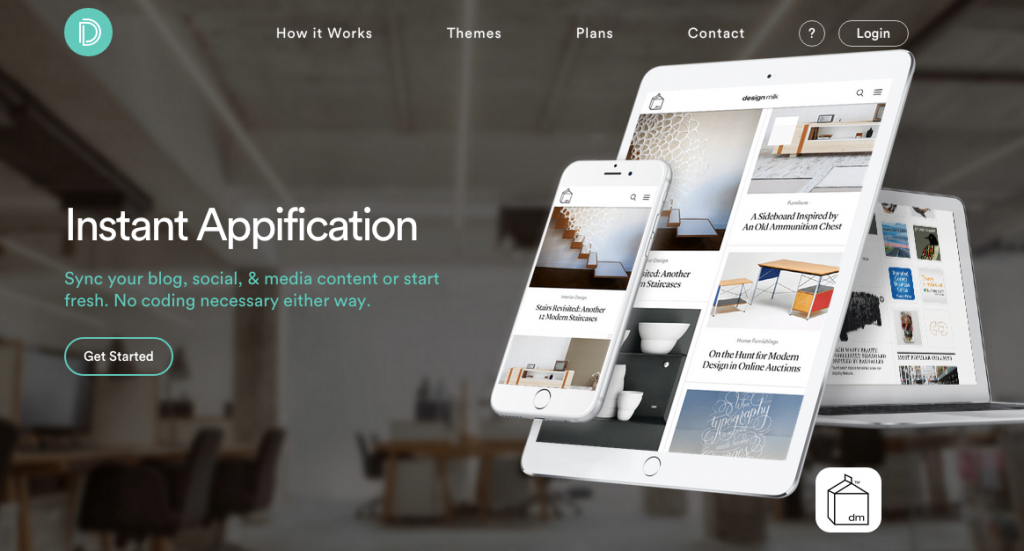 If you plan on making some serious bank from your app, you can add in a host of banner ads and e-commerce links. DWNLD makes it simple for you to become the next app slumlord.

And here’s the kicker. Instead of paying $50,000 to some crazy developer in the former Soviet Union, you only pay $15 bucks a month. That’s like one quarter my monthly Starbucks bill.

DWNLD offers a “Free” plan with limited features, and they’ll soon be offering a “Pro” plan. Right now it looks like your best bet is the “Standard” plan, which includes analytics, push notifications, and ad revenue.

Mobile has not been good to publishers. I’m not of the belief that ‘the web is dead, long live apps,’ but the web is sick. The web is not well right now, and being able to bridge for web to native apps is the key for a lot of these publishers as users begin downloading more and more apps.

It would appear that investors see much promise in DWNLD. They recently raised $12 million in Series A funding.