You’ve probably never heard of Vaiva Kalnikaitė’s favorite meal. The creative director and founder at Dovetailed — a Cambridge-based design studio — enjoys feasting on berry-like spheres, in super intense wasabi, onion and sake flavors, served in a coconut shell over smoked mackerel and shredded celeriac. Dovetailed’s 3D food printer, or the  ‘nūfood kitchen robot’ as it’s dubbed, enables foodies, restauranteurs and the plain curious to turn liquids into inventive fruit-like creations that burst with unexpected flavor. Their kitchen robot is part of a new wave of 3D printers shaking up the food industry and the way we experience meal time. 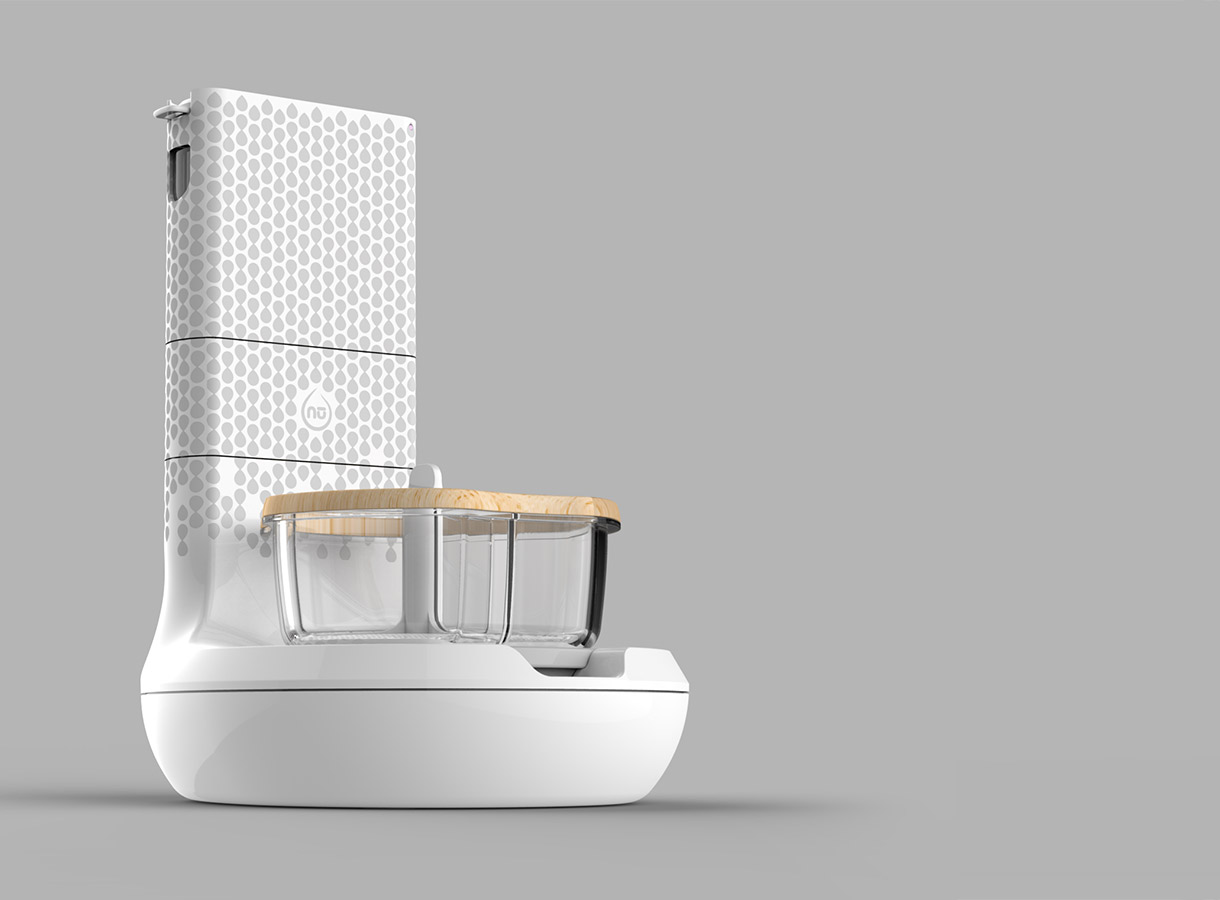 Novelty aside though, what’s the point of 3d printing flavor-packed berries? “We’re exploring ways to potentially preserve food better and use less packaging and not pick it when it’s not ripe,” says Kalnikaitė. She points out that harvesting fruits when they’re in season and at their most nutrient rich state, then converting them into liquid form, transporting them to their destination and finally reconstructing them back into a 3d shape can actually be more efficient, reducing shipping waste.

So how does the food printing part work? Dovetailed uses a technique called “spherification” in the molecular-gastronomy world. You mix naturally-derived liquids, like fruit juices, oils or spice extracts with sodium alginate, then the printer drips beads of the liquid into a bowl of calcium chloride. This process causes the beads to hold their form, yet they’re still liquid when you bite into them, much like a juicy berry is in nature. Nūfood has a creative aspect as well — using the app that accompanies the kitchen robot, users can choose the flavors they’d like to combine and map out the shapes they’d like to print themselves. 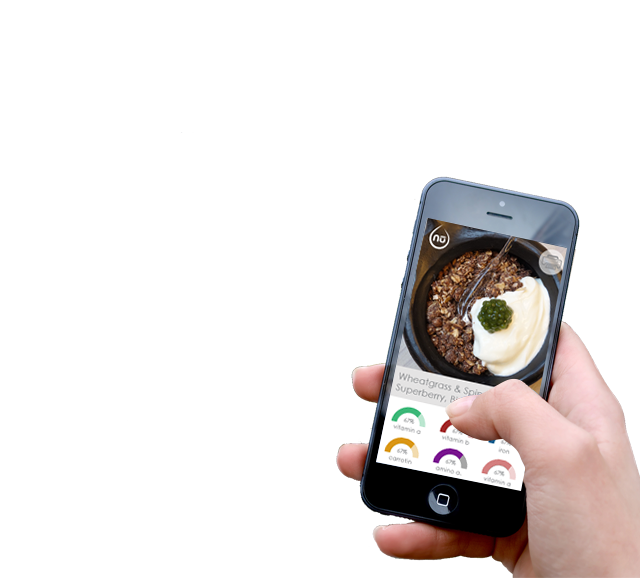 “It’s very easy. It’s kind of drawing, sketching with pixels — Then people can choose how many layers, how tall they’d like their creation to be,” explains Kalnikaitė. She adds that they’re also working on a gallery of recipes on the app for users who aren’t keen to start from scratch, and adding flavor pairing functionality to the app. The aim’s to get people “playing with their food but also making really tasty choices.”

Though luxury items now, you may soon find 3d printers becoming nearly as common in kitchens as coffee makers. Market-research group MarketsandMarkets predicts the 3D printing market will reach 30.19 Billion (USD) by 2022, with a compound annual growth rate of nearly 29% between 2016 and 2022. And it turns out 3D food printing has way more important uses than just creating weird and delicious flavor bombs for your mouth; you can use these robotic chefs to feed everyone ranging from the sick to astronauts in deep space.

The German company Biozoon, for instance, dishes up its 3D-printed food, Smoothfood, to the elderly and those with swallowing disorders who need soft food. Think gelatinous, bone-free ‘roast lamb’ and gravy, served with jelly-like fingers of reconstituted asparagus. Then there’s BeeHex, a startup born from a NASA project that just raised a million in seed funding for its Chef 3D, a pizza printer. In theory, astronauts could travel with dehydrated pizza ingredients, that serve as edible ink for 3D food printers. And, of course, each of BeeHex’s pizzas are customizable depending on a person’s dietary preferences.

The ease of individualization is a big reason many are drawn to 3D food printing. According to Melanie Senger, a senior food scientist at the company PrintToTaste,“3D food printing is, at the moment, the most promising technology for the economical production of personalized food products.” PrintToTaste has released the 3D food printer, the Bocusini, targeted at bakers, who want to print personalized desserts with customizable shapes and fillings (ie: bridal cake toppers in marzipan of the couple getting married). She says customizable nutrition is the next step: “Presently we are working on a personalization in nutrients.” 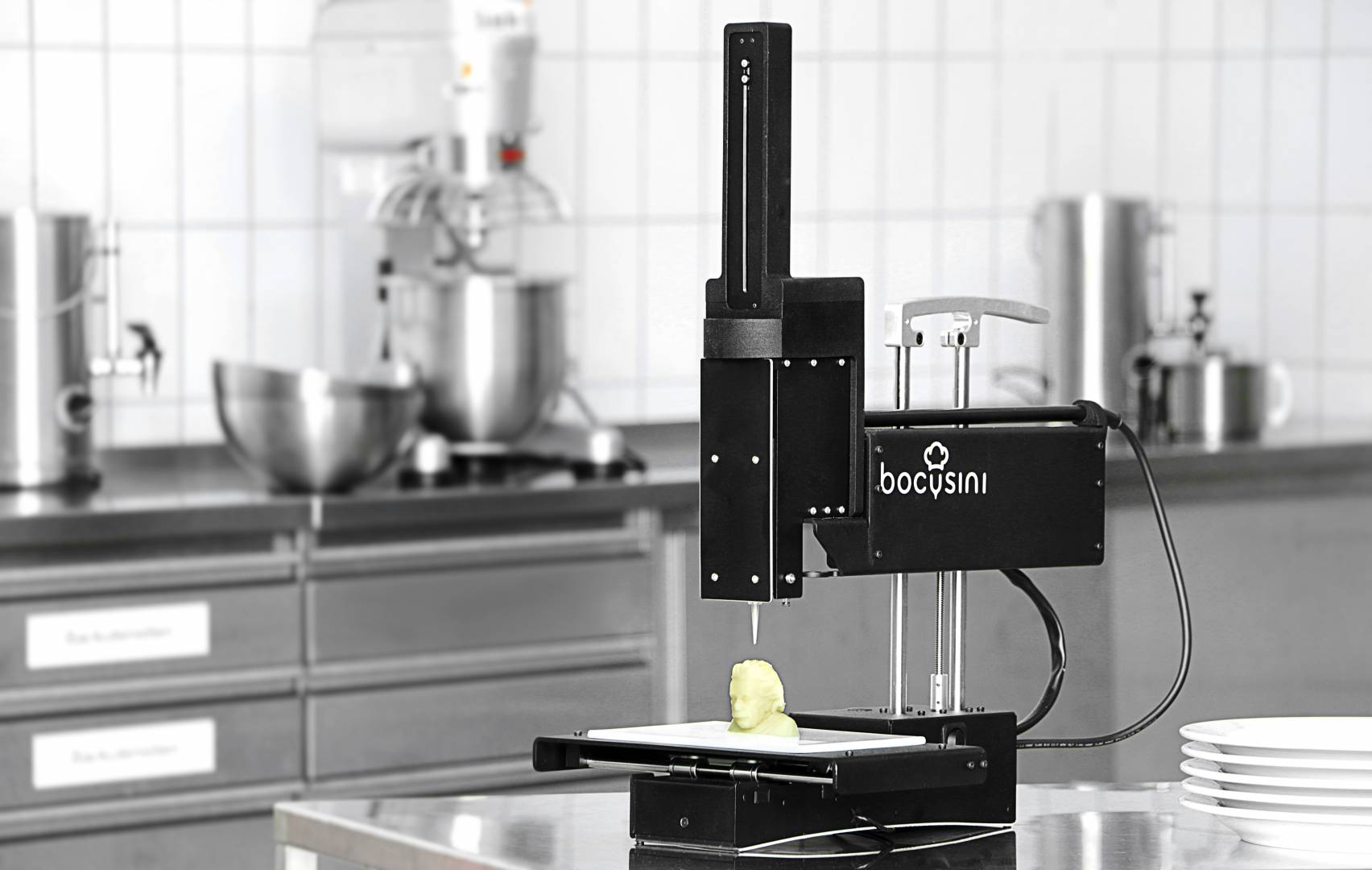 The key to success in the 3D food printing world right now seems to be constant experimentation and an insatiable curiosity about food and its untapped potential: “We’re experimenting every day,” says Kalnikaitė. “People are very curious. People are really interested in trying something new.”