Toronto-based clinical image and knowledge-sharing healthcare app Figure 1, described as an ‘Instagram for doctors,’ has raised $10 million in funding in a round led by Kensington Capital Partners, with additional support from Samsung NEXT Ventures, John Hancock/Manulife Financial, Hedgewood, and WTI. Existing investors Union Square Ventures, Rho Canada Ventures, and Version One Ventures also participated. This is the fourth round of funding for the four-year-old startup and brings its total investment to $23 million.

With this new investment, Figure 1 plans to expand their knowledge network, and build upon their case intelligence using artificial intelligence to extract value from the thousands of medical cases in their library, starting with a feature to turn images of electrocardiograms into digital data. The company announced this feature this past weekend at the International Congress on Electrocardiology in Portland. At first, experts will be able to weigh in on the meaning of the measurements, but in the future, more advanced machine learning systems may be able to provide their insight into what readings mean.

Privacy is a primary concern when developing a healthcare app that shares medical information. One of the safeguards that protect patients’ identities includes an automatic face-blocking feature for photos. Other safeguards include vetting by the company’s medical officer and a 24/7 moderation team that manually reviews each case for 18 identifiers to ensure an image is deidentified before it goes live on Figure 1.

“While the vast majority of our community consists of healthcare professionals and medical students, we do have a small percentage (under 10%) of medical librarians, hospital administrators, and other non-healthcare professionals,” Richard Penner, Figure 1 co-founder and chief technology officer told SnapMunk. “They can see cases for educational purposes but don’t have the ability to share posts or add comments.” 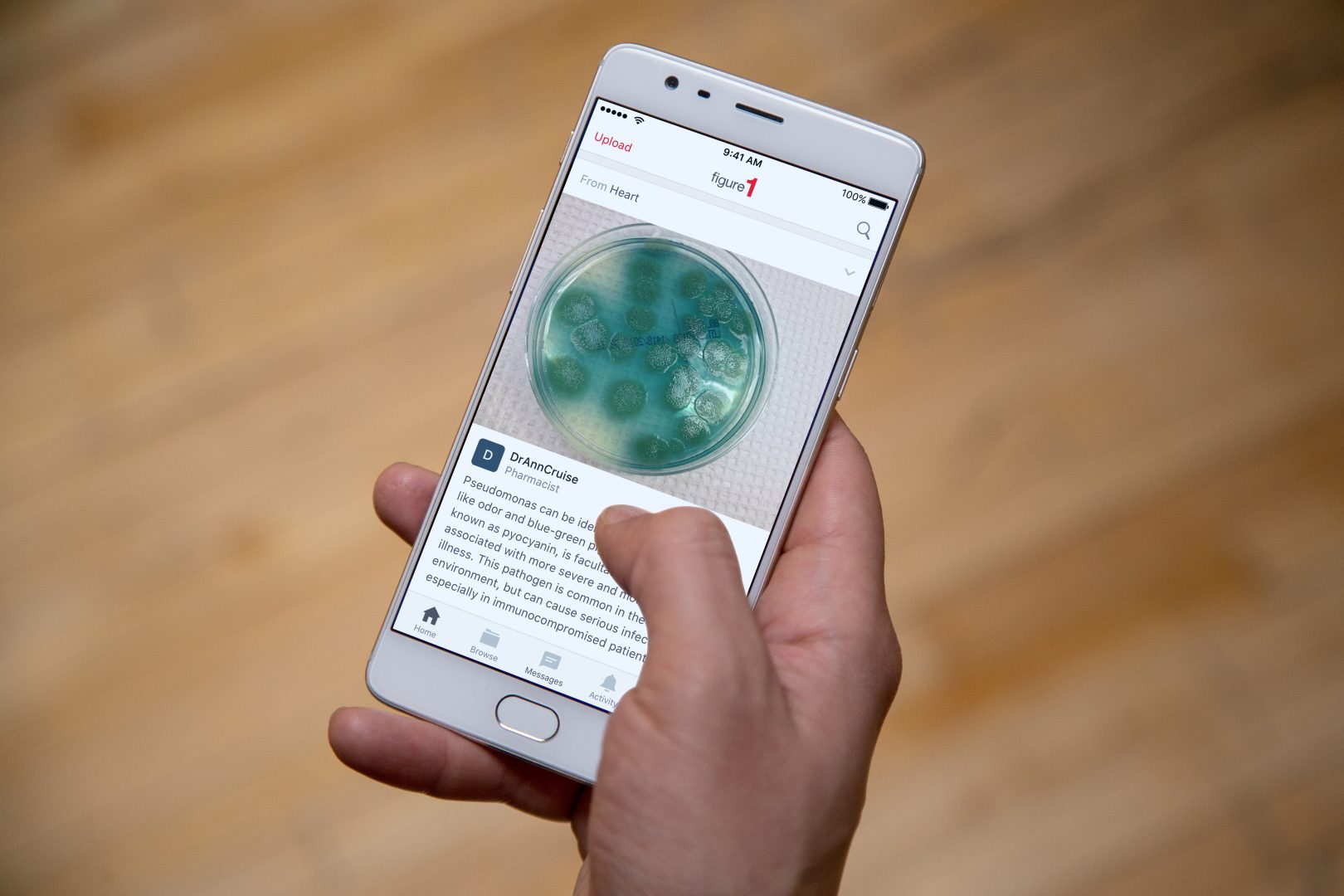 “One of the benefits of having such an active and engaged community is that they’re quick to respond and address things that aren’t clinically valuable,” he continued. “Any healthcare professional can report comments or cases, and all reports, cases, and comments are immediately reviewed by our team. We’ve seen a really strong sense of ownership from the physicians and nursing professionals on our platform, which is great. I think the community does a nice job of striking a balance between allowing medical students to learn while not tolerating low-quality contributions.”

Before anything can be posted, patients must also sign an in-app permission form. In cases where a doctor didn’t get permission to take a photo, he or she can describe what they saw for a text-based post instead. Mental health professionals are also using text-based posts to describe cases.

For additional security, each users’ credentials are also verified. “Figure 1 has the largest and most comprehensive verification system in healthcare. We built this from the ground up and it’s something we’re proud of,” explained Penner. “Any licensed healthcare professional can submit their request to our full-time verification team within two minutes. From there, our team connects with a wide range of publicly available databases to verify that person’s license and identity. We’re able to verify almost any specialty in the world in multiple languages—surgeons in the U.S., paramedics in Mauritius, neurologists in Brazil, and beyond.”

The means of monetization include posting sponsored high-quality content to the healthcare app. “We recently introduced the first part of our monetization strategy, which involves peer-to-peer sponsored content,” said Penner. “This program is ramping up quickly with initial partners including the CDC and Novartis, and we’re focused on maintaining that momentum. We’re always open to discussing other avenues with institutions and other potential partners, and those ongoing discussions highlight how valuable this platform is. Our mission, in every case, is to deliver healthcare professionals the knowledge they need to improve patient outcomes.” 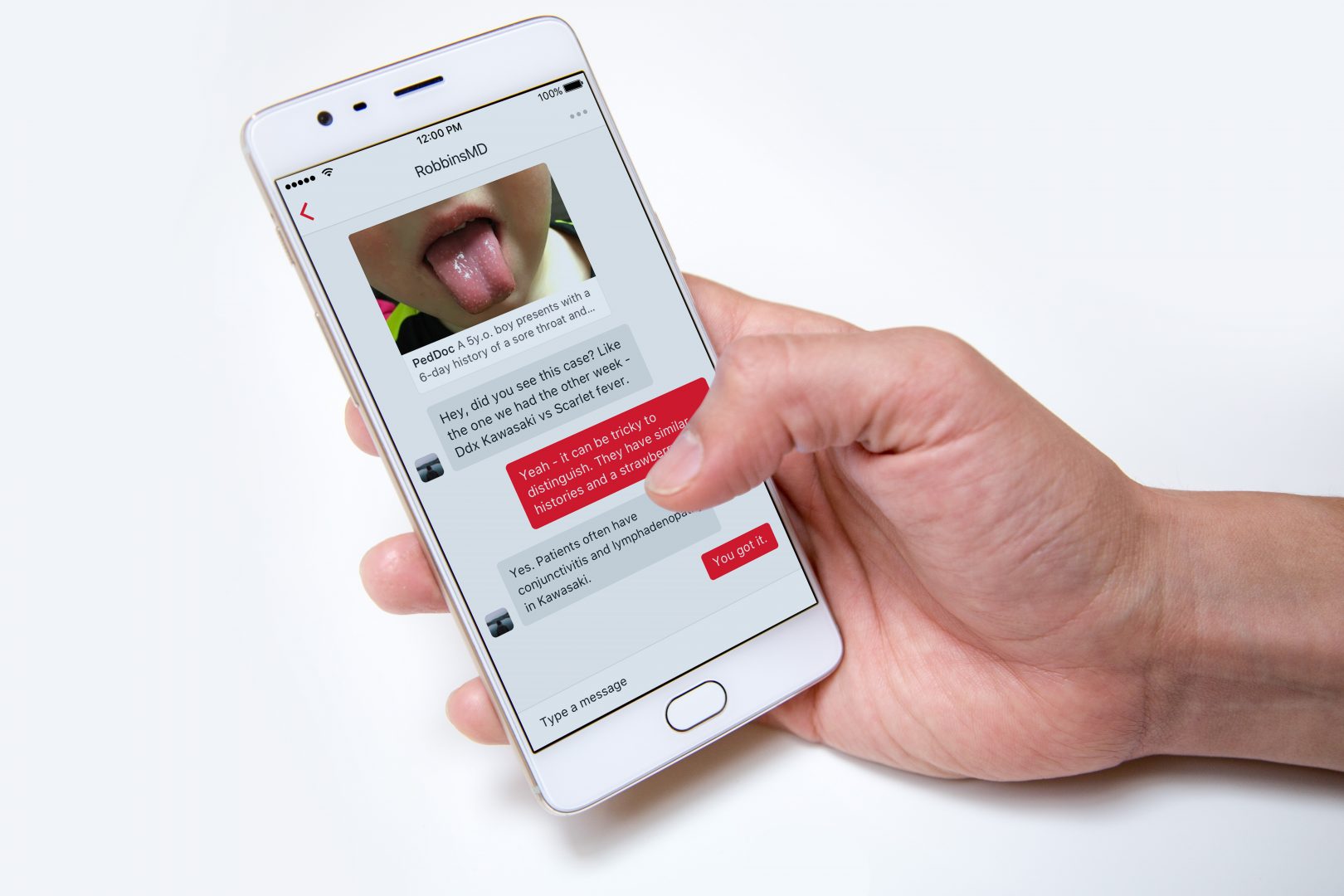 In a medical emergency, speed to diagnosis is critical. A new feature, called Paging, locates a specialist from the network — using push notifications — to give input on cases. In these instances, the average time for cases solved is 30 minutes, according to Penner.

Future applications include cases where many photos are similar, for example, photos of dermatological conditions, or in everyday medical situations like wound care, where doctors routinely observe the same feature on a patient. A smart app could one day take a series of pictures of an injury, and confirm whether it’s shrinking in size without the need for physical measurements, Penner says, adding that company will test any new features it introduces to ensure that they add value to users. 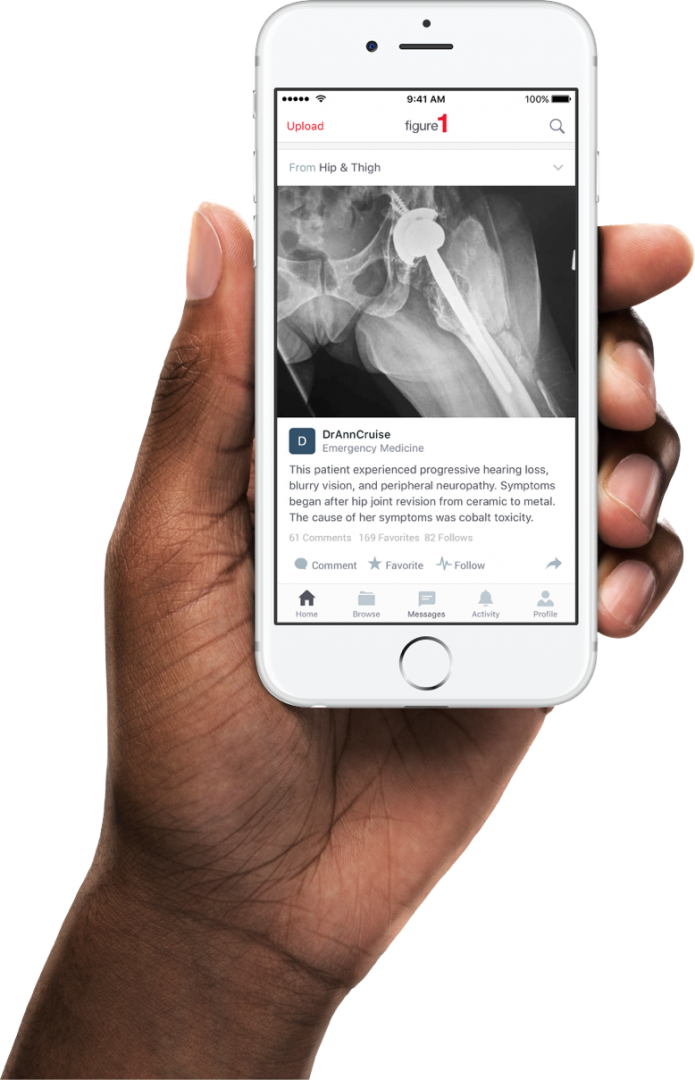 For the veterinarians who’ve requested a similar service for animals – there is some hope. “It’s not in our immediate roadmap, but it’s certainly an interesting idea for the future,” concluded Penner.