We’ve had apps to connect with others for about as long as we’ve had apps, and we’ve had fitness apps for just about the same time. The “Find Fit Friends For Free” (5F) app is launching this July and wants to bridge the gap between the two, serving as a buddy-finder for those who want to get fit with friends. If Tinder and MyFitnessPal had a one night stand in a yoga studio, this could very well be the result. 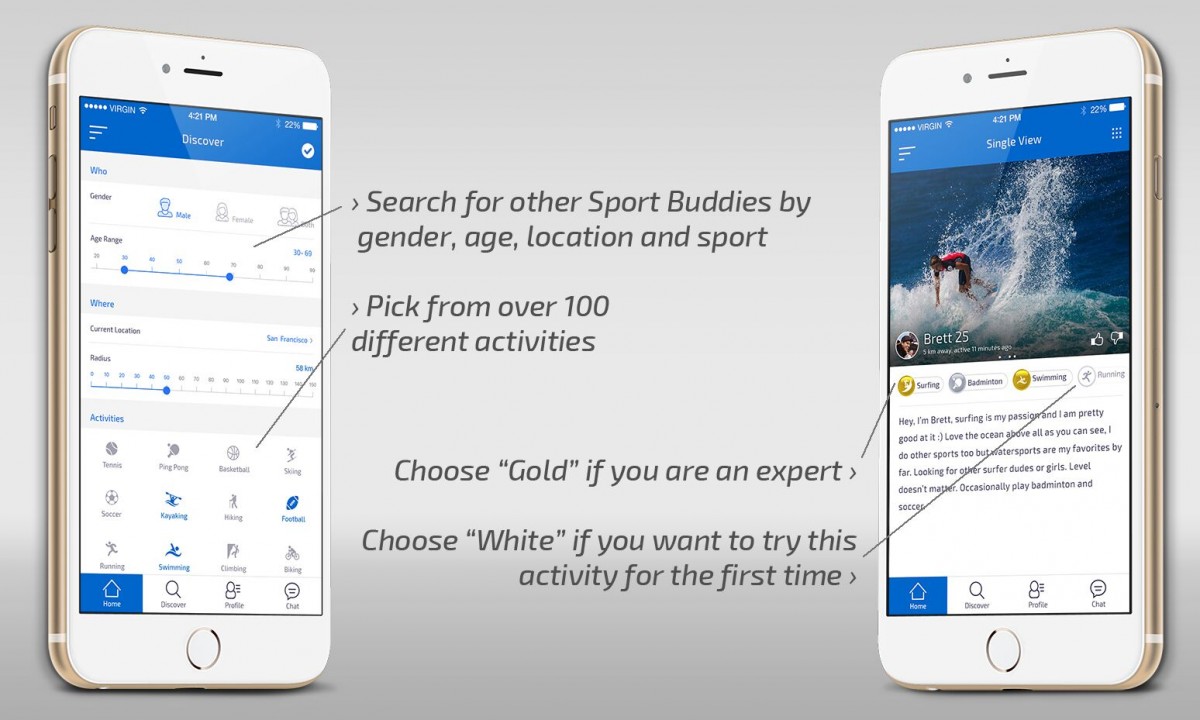 I talked to the app creator, Urs Camenisch, and asked him what inspired him to create the app. He told me the following:

I used to work as an Air Ambulance pilot and saw a lot of sick people. We didn’t just do emergencies like car crashes, work related accidents, or avalanche accidents…We actually mainly flew people to appointments into bigger hospitals. These people were sick because of various reasons but a large percentage of our patients were sick because of an unhealthy lifestyle over many years. Being an active guy all my life, I know that it doesn’t have to get [so bad] that you need an air ambulance flying you around.

Urs also spoke to the motivation that often comes from a companion:

Many people think it takes so much effort to do sports but it doesn’t. Hopefully our app will help people find that sport buddy that will encourage them to be active 30-60 minutes a day. I think we would all be more active if we have more friends who are into the sports we are. It’s more fun and motivating to do sports with someone.

The premise is simple: create an account and then immediately begin connecting with others who are into the same fitness activities as you. Connections are created by location, age, gender, fitness level, and preferred activities. So, for example, if you want to find a running partner of intermediate fitness within a 20 mile location, this app makes it simple.

According to Camenisch, the strength of the app lies in the breadth of activities available for people to connect over. While some apps are focused only on connecting people through one type of sport (e.g., tennis enthusiasts), Find Fit Friends For Free allows users to connect with over 100 different activities. 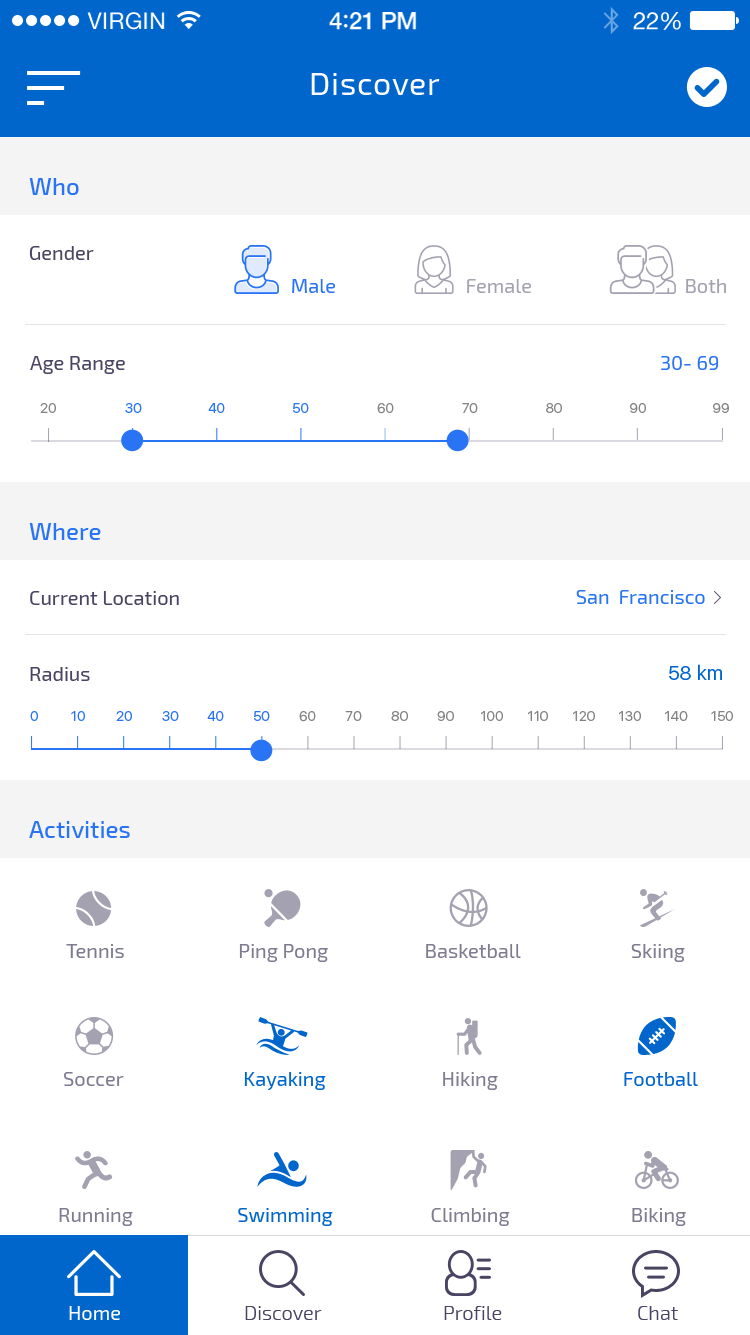 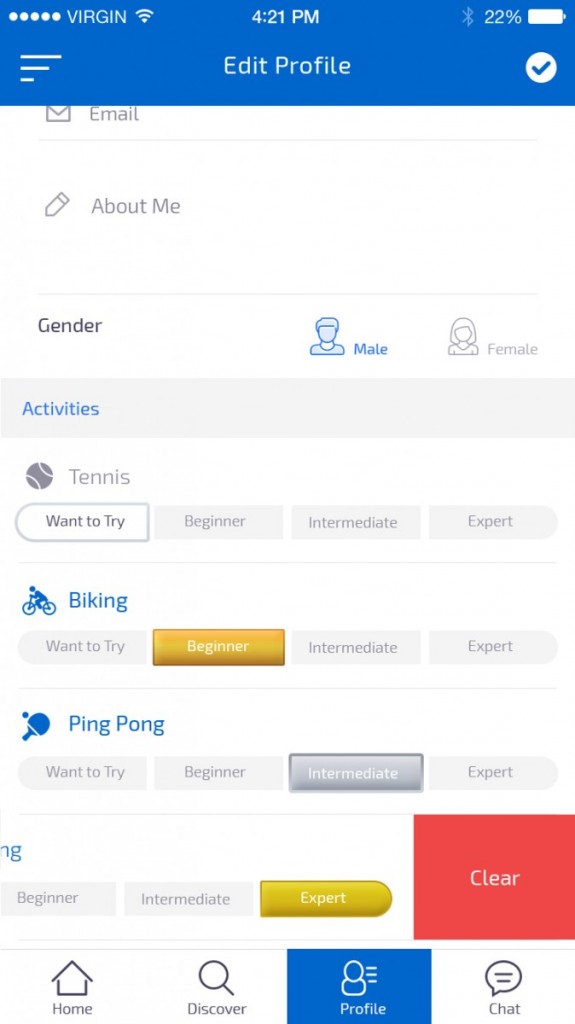 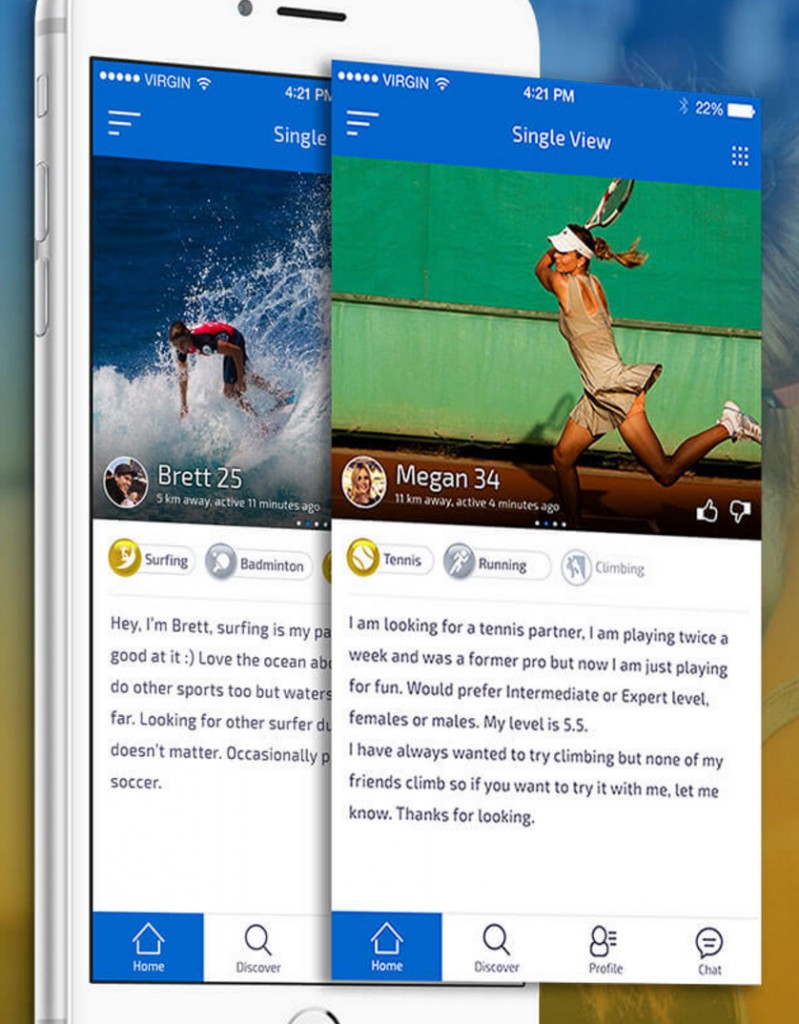 Once users are connected, they can chat directly within the app to set up activities.

The app is planned to go live in July. I asked Camenisch about his plans to monetize. “The app will be free initially,” he told me. “Developing apps costs a lot of money and maintaining the server for the back end and messaging part costs us a monthly fee. So we have no choice but to implement in-app purchases eventually to unlock more features…”

It’s not a particularly groundbreaking idea; it is obviously piggybacking off of concepts already implemented by tons of dating and fitness apps, and there are already several similar apps, like SportsBuddy. But if Find Fit Friends For Free actually works well – and earns some notable adoption – it could gain a quick an advantage over the existing alternatives, as you’ll find most reviewers indicating they generally suck.

I like the look of this app a lot. As an avid runner, I’m always looking for people to run with, but they can be difficult to find unless I join a running club. This app may just solve that problem for me, and a lot of other people who think fitness might be better spent with friends.