“There’s an app for that.” It became a cliché shortly after Apple launched the iPhone, however it’s true.  Alarm clocks, health tracking, virtual reality experiences and more. There’s something for everyone in the Android Play and Apple App stores.

What about seeing for the blind? Yup, that too; a new app called Be My Eyes lets anyone lend their eyes to the blind by connecting via videochat.

Once the app is installed the blind user simply needs to press a button and they’ll be connected to a volunteer via video chat. Once connected, the blind user points their phone in the direction of the object or space they want to see. The volunteer then answers questions about what the user would like to interpret.

Be My Eyes builds on the concept of the voiceover feature included within the iPhone; a technology that enables users to control their device through additional gestures and get descriptions of items displayed on screen, from text messages you are typing to orientation within a web page. Common uses of the app include checking food expiry dates, locating items in the fridge, and going over the controls for audio players. 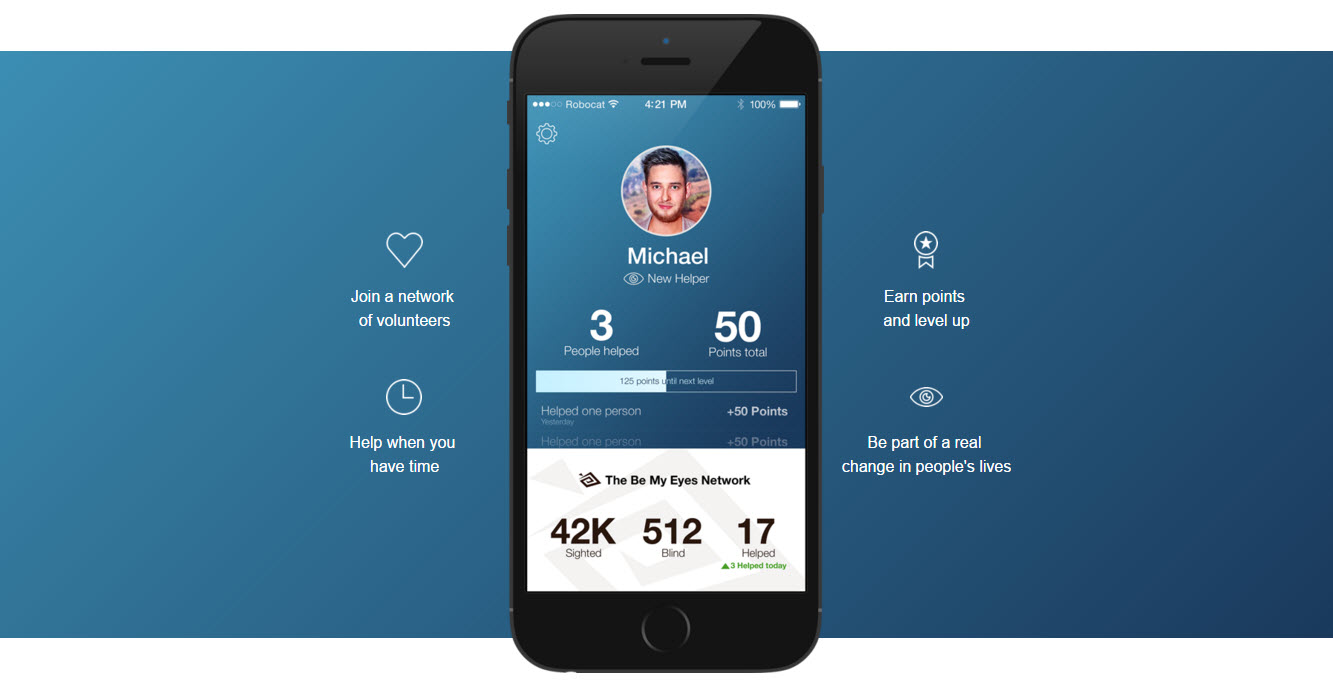 While there’s the potential of volunteers trolling on the app, Be My Eyes has a zero tolerance policy for abuse. If necessary, volunteers can be flagged and banned from the service after one report.

The app has a global reach (anyone who downloads it can participate) and the ratio of volunteers to users is around ten to one, so not every volunteer is getting requests. While the interest in volunteering is great in some cases, and that’s the intention, the app may make it too easy for people to volunteer; as discussed on NPR, one volunteer was handling a session while driving.

To encourage ongoing volunteering Be My Eyes has a status points system. Additionally, once two people are matched, the app ensures that they will never be matched again – ostensibly in order to prevent things from becoming “awkward”.

Be My Eyes is a non-profit and the founder Hans Jørgen Wibergg is visually impaired himself. The app started out as a pitch at a Startup Weekend and since secured backing from The Danish Association of the Blind, the Velux Foundations and studio Danish technology company called Robocat.

While there are no plans to monetize the service, it is possible for power users to be charged a nominal fee to offset the costs.

The app is currently  available for the iPhone with an Android version being considered. There are no plans for a Windows Phone version at the moment. Additionally the program is leveraging volunteer efforts to help with localized versions.

According to their website, the application has already helped almost 25,000 blind people on over 100,000 occasions.