Slack, the billion dollar messaging and collaboration platform, has created its own spinoff economy. Entire businesses are being created around various Slack integrations – like Hire Large, a virtual assistant service. Simply mention @Large in Slack and someone from the Large team will help you with “whatever” you need. 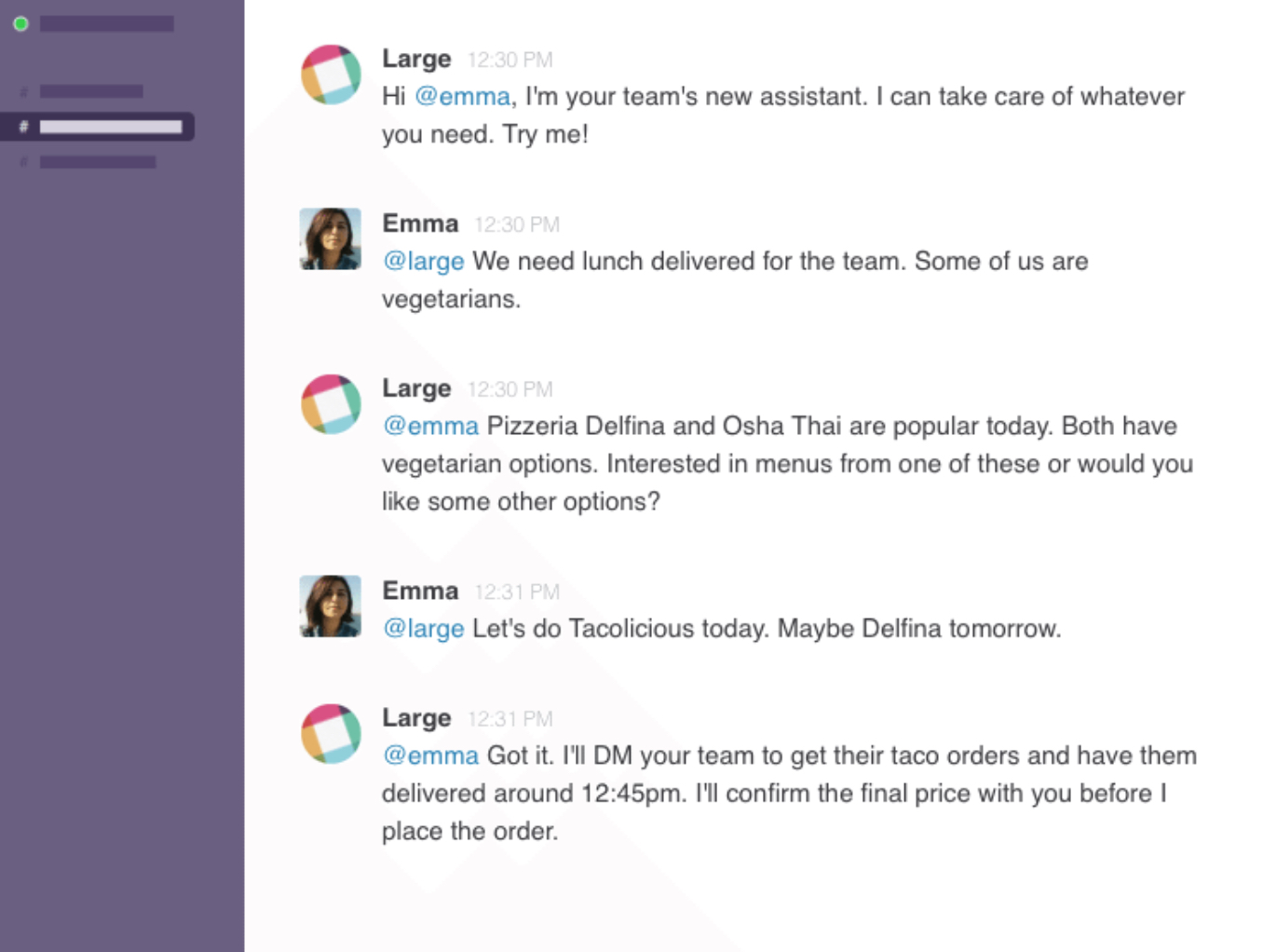 Hey Taco is another example of a startup leveraging the ever-growing Slack platform, and they’re building a business around the increasingly popular employee recognition and rewards model; they offer a simple tool that allows you to easily reward your team members when they do a good job.

To extend a reward, you simply tag the recipient in Slack and then add one or more taco emojis to the message:

Now, you can’t wantonly distribute tacos like a crazed street vendor in Tijuana; you only have 5 tacos per day to distribute among your coworkers. Thus, your delicious tacos must be awarded carefully and only to those most deserving.

Every team has a leaderboard that shows each team member ranked by how many tacos they have been awarded by their peers. 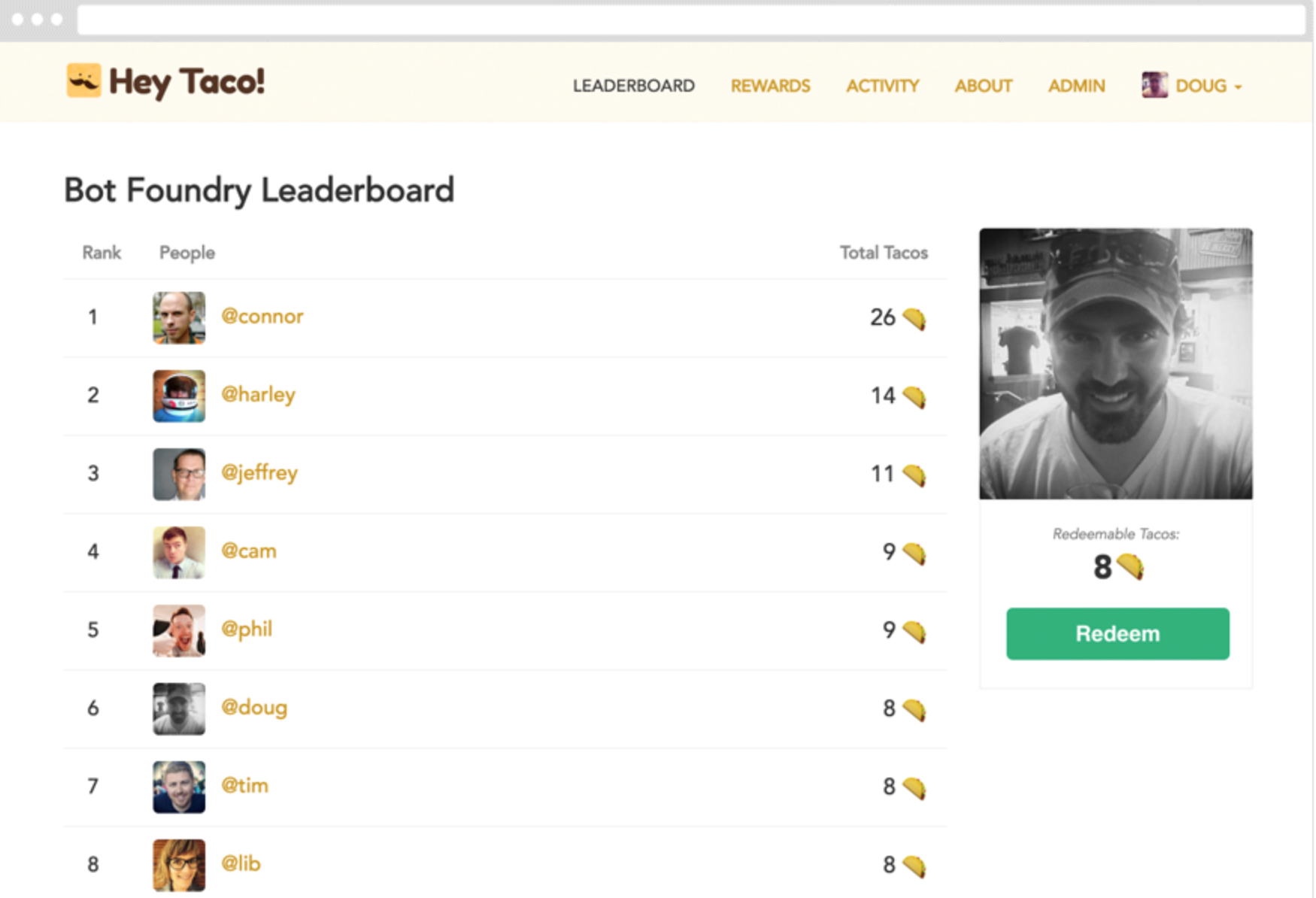 Of course, nobody is in it for the fake tacos; they can be redeemed for actual prizes based on a series of rewards that the team leader has set up in their Hey Taco account. For example, 10 tacos could be redeemed for a Starbucks gift card, 40 tacos for movie tickets, 100 tacos for a day off work, etc.

One drawback should be noted though: these rewards need to be delivered manually by the team leader. The math is all done in the app (i.e., Once someone gets X tacos, they can “Redeem” a prize that requires X tacos) and there is a notification system that alerts the team leader when someone redeems. But if a team member, for example, redeems tacos for a Starbucks card, the team leader must actually take care of the reward exchange themselves. . 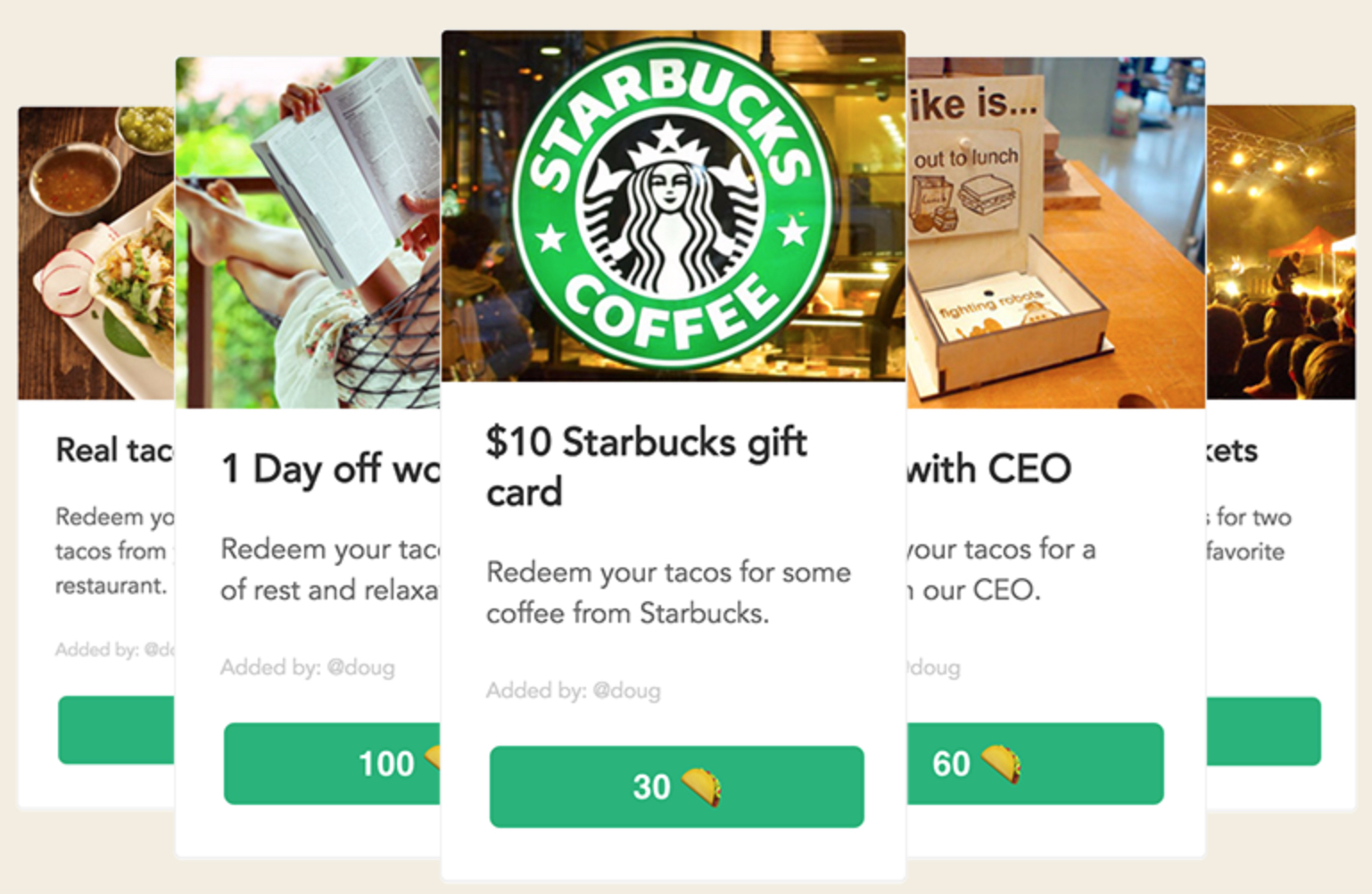 A free Hey Taco account allows up to 10 users and 3 different rewards. Anything above that requires an upgraded account, which starts at $39 per month for 20 team members and goes up to $229 per month for teams over 100.

According to the company, Hey Taco is currently being used by companies like HubSpot, FlashStock, and TrustPilot.

Especially with the rise of remote work teams and constant flattening of organizations, these types of reward systems are needed. Team leaders need ways to inspire excellence in their team members, as well as foster digital camaraderie. And there is certainly some money to be made in this market.

Bonusly is an employee rewards platform that has raised $2 million in funding over two rounds since their founding in 2012. With this software, similar to Hey Taco, every month employees are given a small “allowance” which they can only use to reward the achievements of their coworkers.  The rewards can then be spent in the Bonusly vendor-integrated catalog to purchase a variety of items, or even make a charity donation. Going a step beyond Hey Taco, redeeming rewards and having them delivered to the recipient is entirely automated with no human intervention required. Bonusly integrates with Slack, as well as a number of other platforms including HipChat, Google Talk, and Campfire.

Achievers, arguably the leader and pioneer in this arena, was purchased last year by Blackhawk Network for $137 million. They offer a comprehensive tool with an accompanying mobile app for facilitating employee rewards, complete with detailed analytics and an extensive potential catalog from which employees can choose from. They actually have a customer service team that helps source custom rewards for individual companies. One of their favorite reward stories to tell is the time when a client employee once redeemed their recognition points for a puppy.

While Hey Taco doesn’t have the power or complexity of Achievers or Bonusly, it does have a sweet simplicity to it. Recognizing teammates is as simple as adding a taco emoji. For a budding startup with only a small number of employees, Hey Taco may be the perfect solution.