If you’re looking for a real, lasting relationship, Tinder may not be your best bet. The people behind the dating app, Hinge, took the liberty of doing some researching, digging into some data and pulling a few numbers. According to their research, these are the kinds of results provided by swipe-based dating apps:

Hinge doesn’t just think this is bad news; they think these are clear signs of the much maligned “dating apocalypse”. If you don’t know what that looks like, Hinge has been kind enough to make a video depiction of it:

But that’s not all they did; the company took a hard swipe left on their own initial strategy. Hinge recently pivoted from being simply a “dating app” focused on brainless swipes—an app perhaps too successful at facilitating people just looking to “hook up”—to an actual relationship app focused on getting people on real dates and into real relationships. Why would Hinge, one of the original swiping apps, pivot so dramatically? As Hinge chief executive Justin Mcleod told the Washington Post:

What we found was a declining satisfaction with Hinge and all apps. We weren’t serving needs of people looking for relationships. 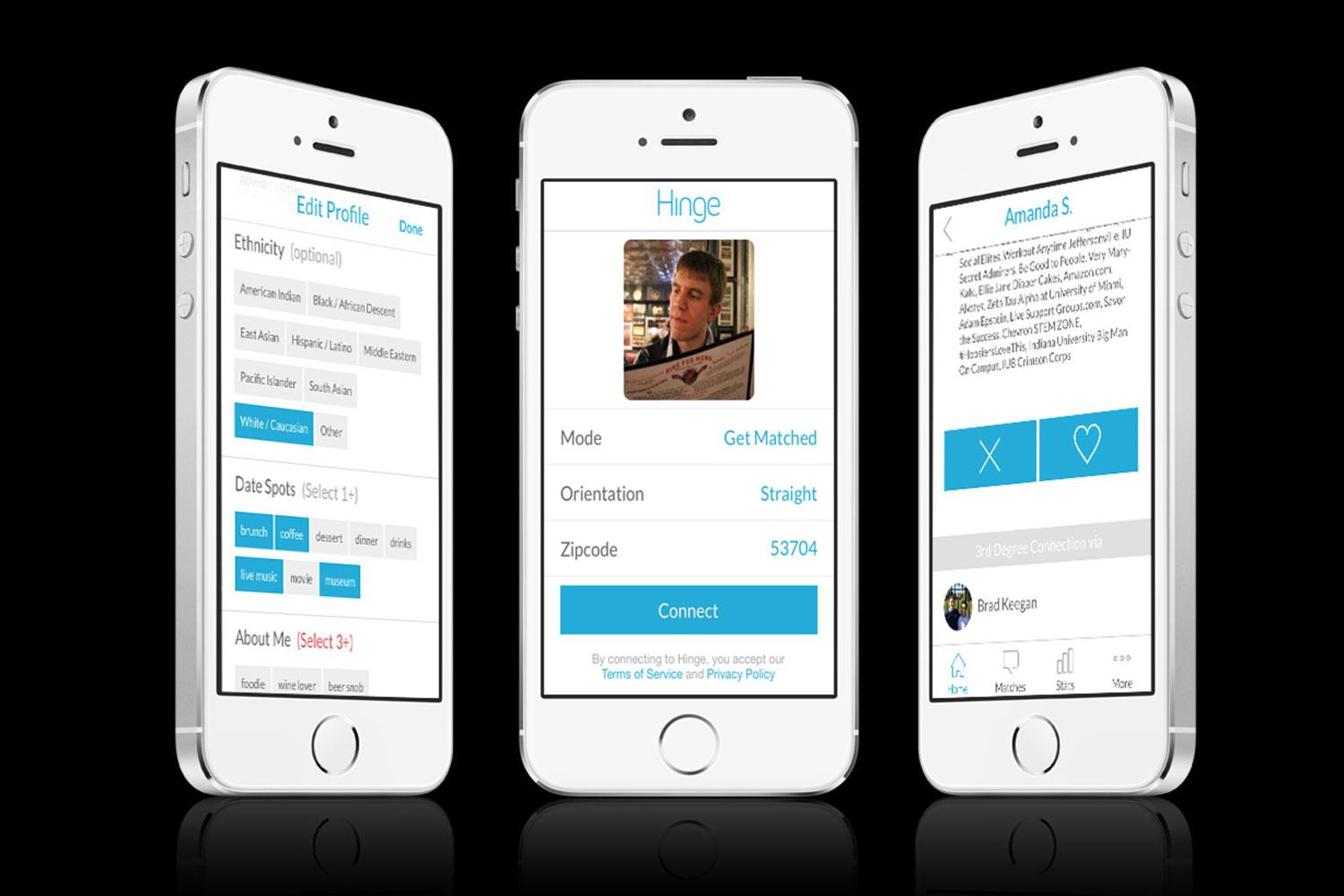 Now Hinge allows users to interact with each other’s content without first making a “yes” or “no” decision based on a photo and maybe a blurb; they’re trying to encourage conversations between users. For example, if you see a “story card” with a photo of a user on a mountain top, you can ask where it was taken or comment about how much you love hiking too. They will be notified of your comment and have the option of continuing the conversation with you. And unlike swiping apps, the two users don’t both have to signal interest before a conversation can start.

We’re learning people are spending so much more time swiping than messaging on these apps and the majority of people can’t remember the first name of their last match. We want to deliver a more serious experience.

With a price point of $7/month, Hinge is trying to hit the sweet spot between freemium apps such as Tinder and expensive, curated communities such as Match.com. “Maybe these people aren’t interested in paying $50 for match.com,” explained Fein, “but are looking for the same effect of a curated community invested in finding something real.

Hinge isn’t the first app to offer more thoughtful alternatives to the now-standard swipe-based dating apps. Loveflutter, for example, focuses on personality first by showing as a first impression blurred out profile pics with something about that person superimposed over top. You only see the profile pic if you tap on the text.

Once uses actual matchmakers to select exactly one match each day for users, allegedly resulting in quality over quantity. Siren draws attention to the heart of each user by letting them answer one question every day, such as, “If you had unlimited resources, what would you do with them?” This type of question allows people to get below the surface and reveal their true selves.

Hinge has a strong foundation, having raised $20.6 million in funding since their inception. But now they’re realizing that some people want more than a hot or not contest; more than a fling or hookup; better odds at finding “the one,” not “a lot of ones.” Well over 50% of US citizens are now unmarried or single and Tinder and OK Cupid have a pretty good leg up on the competition—Hinge has a lot of catching up to do. Let’s hope people keep an open minded when it comes to the dating apps they shack up with.