I have a good friend who constantly travels to various countries for his job. His method for beating jet lag is somewhat elaborate, involving precise combinations of sleep and Ambien. When I spent 3 months in Vancouver, BC, it took my body several days to adjust to the time zone difference and not automatically wake up at 5 AM. Jet lag is usually thought of as a natural consequence of traveling.

HumanCharger, manufactured by Valkee, thinks it can change that. With light. Through your ears. 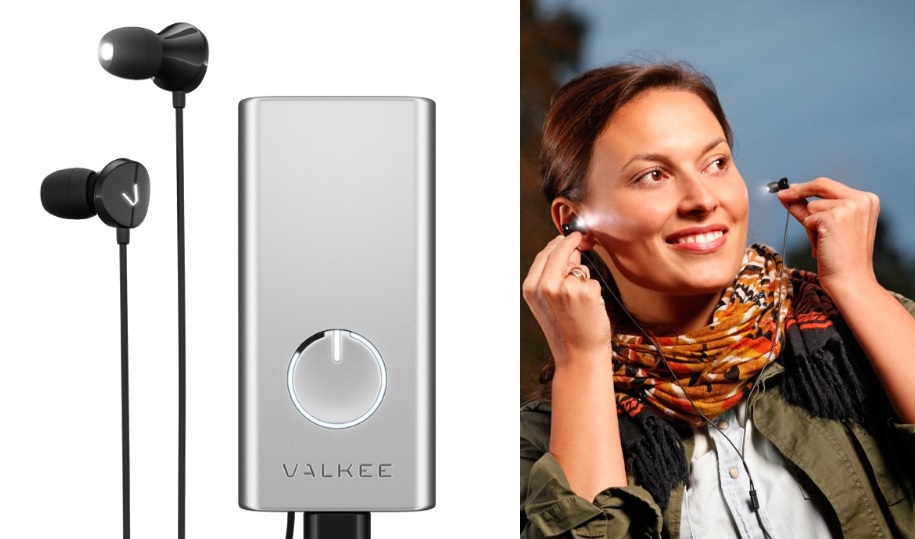 The device is based on the premise that the human clock is, generally speaking, synced with the sun; our energy levels rise and fall based upon the presence or absence of sunlight. When we travel across multiple time zones, our experience of sunlight is suddenly and dramatically altered. As they say on their website:

Living beings are designed to rise and fall with the sun. But we extend our days, live through our nights and gallivant across the globe. Our natural body clocks are at odds with modern routines. As a result, energy levels dim, moods flatten, and our minds have to fight through a fog.

HumanCharger works by supplying UV-free, blue-enriched, white light to the brain through a set of earbuds. The light flows through the ear canals to light-sensitive sections of the brain. A 12 minute session of “light therapy”, several times per day, is said to be sufficient to keep the body from becoming jet lagged. Those who are flying West should use the HumanCharger in the late afternoon, while those flying East should use it in the morning.

The device works in conjunction with a mobile app, which alerts you when you need to apply the therapy. 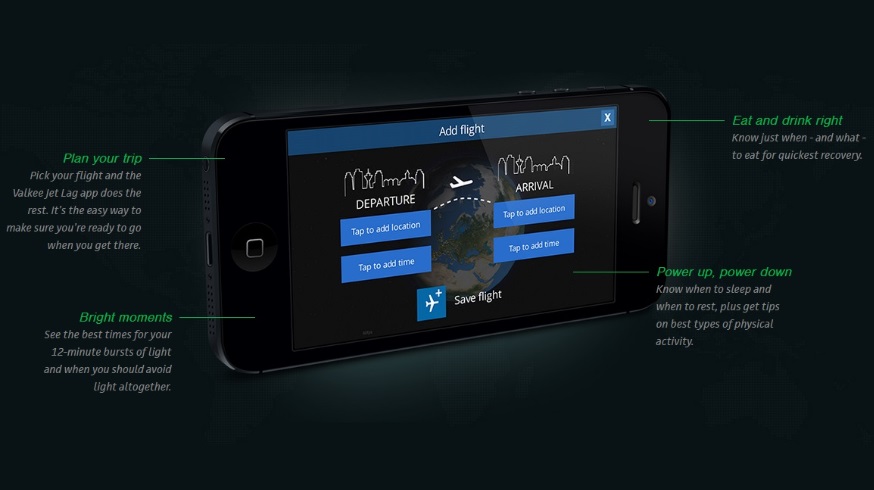 The device can also be used to treat Seasonal Affective Disorder (SAD), which is actually the purpose for which it was originally designed. As the Smithsonian reported:

The technology behind the Human Charger was originally developed to fight Seasonal Affective Disorder (SAD), a mood disorder whose most common manifestation is depression during the dark months of winter. It’s a major problem in places like Oulu, the city in northern Finland where Valkee is based, which can have as little as four daylight hours per day in mid-winter.

Using light therapy to treat the human body isn’t new. Lamps have been suggested for a number of years now to treat Seasonal Affective Disorder. But taking a bulky, bright lamp on an international trip isn’t usually feasible. That’s what makes the HumanCharger so unique; device fits in your pocket and the light, well, you don’t even have to “see” it.

The HumanCharger does seem to be effective. A recent study found that those, “…using the Human Charger’s transcranial bright light (TBL) treatment had a significantly better rate of recovery from jet lag than the placebo group, including reduced post-travel symptoms and subjective feelings of fatigue, inertia, and forgetfulness.”

With a price of around $175, the HumanCharger certainly isn’t cheap. But for those who constantly travel, $175 is a paltry sum if jet lag can be eliminated.