Want to lose the ‘buds or the headphones? Bone conduction lets you get your sound on through hats, helmets, sunglasses or headbands, and, if you prefer nothing on your head, there is a speaker that only you can hear. Now there’s a new way to get your wearable-free amp on, a smart cushion that lets you feel as well as hear the sound.

Designed and engineered in Finland, HUMU –  from the Finnish word meaning ”humming” or ”commotion” – utilizes patented Flexound® Xperience technology that transforms sound waves into distributed vibration that can be felt physically, in synch with the audio.

Flexound’s story began as a request from the occupational therapist wife of Jukka Linjama, who asked him to create a product for therapeutic use that she could in her work with disabled and autistic children. Having developed such a product the Flexound team realized the potential of their innovation for entertainment and relaxation, which led to the development of the consumer device which would become HUMU. 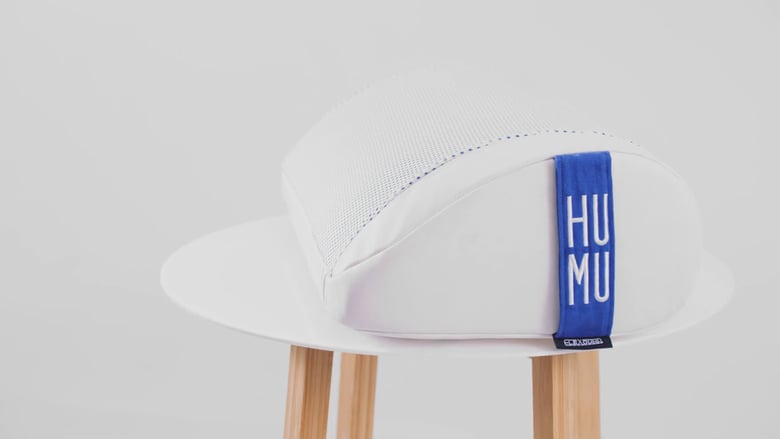 A chance encounter with Linjama’s wife during a run in the forest led Mervi Heinaro to a meeting with Linjama, and eventually to become CEO and a partner in the company. “They were looking for someone a bit more of a business background,” Heinaro told me during a Skype interview, describing the value prop by adding, “We humans are feeling creatures, and the skin is the biggest human organ. Why would you only watch and listen to a film, if you can also feel the sounds on your skin and body, and get a more immersive multisensory experience?”

Following our discussion, Heinaro sent me a Flexound HUMU prototype to test. It arrived in a sturdy box with a Micro-USB charging cable. Pairing with my phone involved just a press of the power button on the cushion, with a rumble from the cushion indicating that pairing was successful.

Once paired, audio control was controlled through my smartphone, laptop, or other connected devices of my choice. If I had wanted to, I could have connected non-Bluetooth devices such as a television or game controller with a 3.5mm Aux cable. HUMU can be turned off by pushing the power button for one or two seconds. 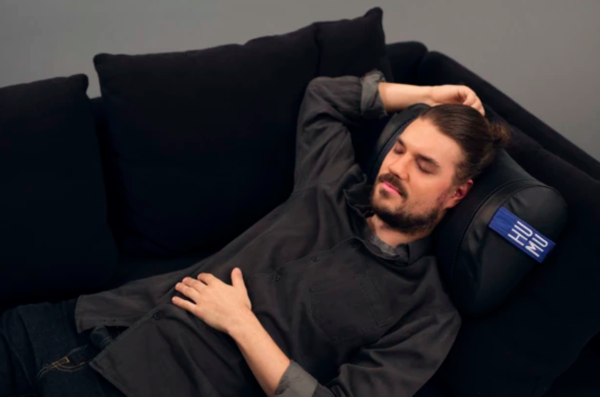 The prototype I received was white with the look and feel of suede. While white would not be my first choice for purely practical/keeping it clean reasons, there was no denying that it was the version that I personally preferred. The middle section featured a blue checkered pattern which at a distance could have been black and so looked entirely at home on my favorite “vedging” spot, my black and white zebra bean bag.

On either side of the checkered mid-section is a zipper seam which goes all the way around the cushion and tucks into a little pouch to hide the zippers. While the zippers are functional, the cover cannot — and should not — be removed. Heinaro told me that the zippers are there as part of the design and to make assembly of HUMU easier.

There is a cover pocket which stays closed through the use of a magnet on the left side of the cushion. Opening the cover pocket exposes the Micro-USB port, a 3.5mm AUX port, a round power button with a blue LED light in the middle – press it to pair and you’re in business. There is a blue carry handle on the right side of the cushion with the HUMU logo stitched onto it in white – the blue and white representing the colors of the Finnish flag.

When I was lying on it with my head in the middle of the cushion, the Flexound HUMU sounded almost the same as if I was wearing headphones. The vocals were crisp and clear and the instruments had a clean sound, with a very good medium base. Heavy bass caused more vibration on the head, great for those who like heavy rock of the headbanging kind, perhaps not so much for those who don’t. Controls for bass would be a good option for those who prefer less vibration. 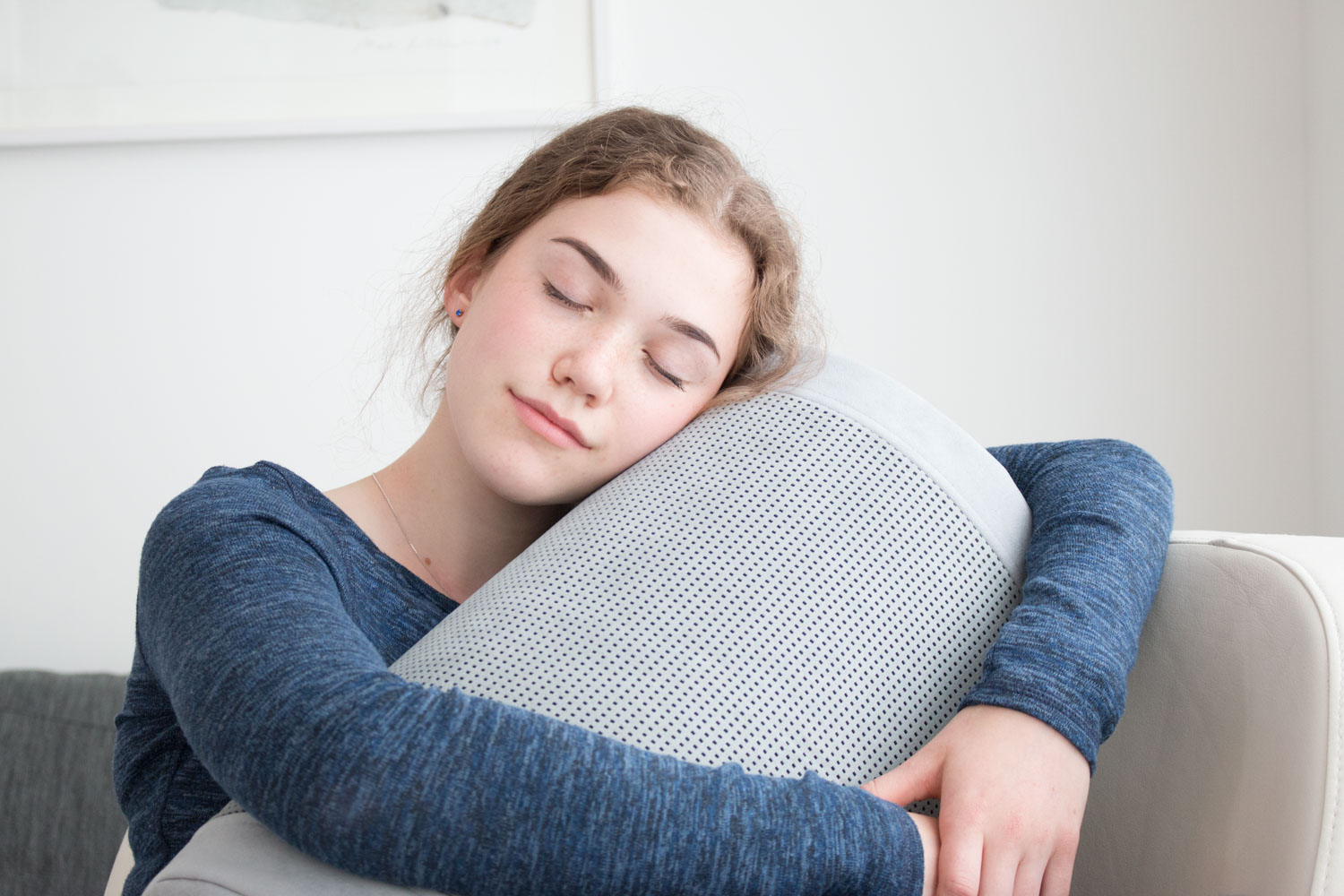 It was an interesting and fascinating experience to put my hands onto the cushion to increase my surface area for “feeling” as well as hearing the sound. This made a difference especially while listening to vocal heavy ballads or acoustic recordings. Listening to the lyrics of Dylan’s “Like A Rolling Stone” took on an entirely new dimension.

I particularly enjoyed the stereo sound surround-sound-like effect while watching movies with my head on the HUMU. Overall the product sounds great and lives up to its Nordic roots – it looks good and is well constructed.

Flexound Systems has raised 900 000 euros financing from Finnish and international angel investors. The Flexound HUMU is currently available on Indiegogo with $28,754 USD raised by 82 backers representing 82% of a $35,000 flexible goal.