Why? Because there are so many other things I would rather be doing than wandering around the Costco wasteland, desperately searching for pita chips and batteries (to be used separately…I’m not a weirdo…too much).

Shopping feels like such a colossal waste of time. And in our modern, frenetic age, there are few things more valuable than time.

But seriously, what are my options?

Unless I suddenly become independently wealthy, I can’t afford to hire a butler. Personal servant androids have not yet been invented. My kids aren’t old enough to shop on my behalf (only ten more years!).

Instacart is exactly what I need.

Instacart is kind of like the Uber of grocery shopping. I create a shopping list, selecting products from the list of partner stores in my area. The list then goes to the mobile device of one of the personal shoppers who work for Instacart (again, think Uber drivers). They pick up said groceries and deliver them to my house, sometimes in as little as one hour.

How has Apoorva Mehta, the founder of Instacart, not been awarded the Nobel Peace Prize, the Pulitzer Prize, and every other prize known to man?

Instacart has partnered with stores like Whole Foods, Target, and Costco to make a wide variety of products available to their customers.

The company offers their personal shoppers up to $25 per hour, which makes it the perfect job for anyone looking to earn some spare cash on the side.

It’s obvious that the company is on to something big. Since 2012, sales have gone from $1 million to $100 million, and the company just finished raising $220 million in funding. Forbes placed the company atop their “America’s Most Promising Companies” list. 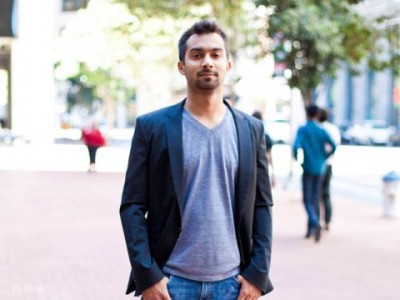 In a recent interview with Forbes, founder Apoorva Mehta said:

The grocery business in the US every year is about $700 billion. Plus $300 billion in convenience spending. We have an opportunity to bring all of those retailers in that ecosystem online. We have the opportunity to give them the 1 hour, 2 hour delivery options they’ve never had before. We’re pooling the labor, making it available to all retailers.

The success of Instacart shouldn’t be surprising. In our increasingly fast-paced and mobile culture, time is one of our most valuable and most limited resources. For many, the ability to outsource errands at a reasonable price is incredibly valuable.

Instacart is currently in 15 cities, with more coming.

The demand is clearly there. Unless something dramatically unforeseen happens, it won’t be long before they are a global company.