Hiring practices in most companies are far from scientific and thus, most people on either end will tell you that the process is also far from flawless.

Luckily, technology and our predictive talents have evolved and as a result, so too has the array of available tools for assessing the potential of future performance.

Companies will always be concerned with experience, skillset and culture fit. However, more companies are recognizing the value in putting candidates through the rigors of their job before actually deeming them fit to assume the responsibility.

One startup, Interviewed, is looking like quite the promising candidate with its easy-to-use job task simulation software. The company just raised $2 million in a seed round through investments by Red Swan Ventures, Jason Calacanis, and YC among others. Don’t be surprised if you start hearing more about them around the water-cooler. 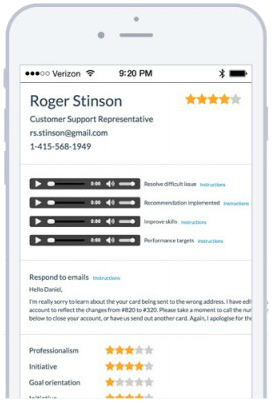 Employers are known to bemoan the disappointment of employees who seem like great prospects on paper but fail to deliver on the job. Interviewed cuts down on the surprise factor by making on-the-job task simulation a core part of the process. For example, through the software candidates for a sales position may be tested on their email and cold-calling chops. Each simulation can prompt different responses, giving employers the ability to test candidates in a variety of scenarios.

Not only does the service put people through the tests, it is also able to automatically score many of the responses on a basic scale from 1 to 5. Machine-learning features bundled into the software mean that its ability to accurately judge prospects is constantly improving.

Part of its future plans involve integrating Interviewed with existing applicant tracking systems (ATS)  like Greenhouse. This will expedite the process of onboarding companies who have these systems as part of their workflow already. Plugging the service into popular enterprise software suites will also make adoption easier for HR managers and teams.

In its short existence, Interviewed had already provided 100,000 application assessments across 83 countries. Interestingly only about a fourth of all candidates are from the US; Hong Kong, Philippines, and Morocco are the other markets where the service has found popularity.

This recent round of funding gives Interviewed the shot in the arm it needs to expand its offering from customer service and sales assessments in non-technical fields to evaluations of talent in more knowledge-based, specialized roles like financial modeling.

In the future, the company expects to cater primarily to companies with fewer than 1000 employees with its core products. Interviewed plans to offer larger companies additional add-ons and a more bespoke set of features.

Presently, most companies offering services in the hiring industry tend to focus on candidate assessment from a personality perspective. These generally attempt to produce the software equivalent of personality tests codified by psychology experts. For example, Human Metrics has a pre-employment assessment based on the Jung Typology Profiler.

A more direct competitor to Interviewed is Furst Person , which also depends on simulations rather than tests to make assessments. Interviewed and Furst Person are unlikely to give employers a clear idea of how good of a cultural fit a candidate would be. However, what they do is offer insight into their abilities in practical situations.

Ultimately, using a combination of the two kinds of candidate appraisal approaches will yield the kind of well-rounded information companies need to make bulletproof hires.