Nowadays, most recommendations we get come from cold, heartless algorithms. If you’ve been down the YouTube ‘Recommended Videos’ rabbit hole, you know that algorithms can often really misread preferences (unless you were actually looking for a video of a man in a horse mask cooking mushrooms). To restore a human touch to recommendations–specifically to the travel niche in this case–a team out of Israel created Cool Cousin. The app connects people with a ‘Cousin’ in the city to which they are traveling, so they can get dependable suggestions on how best to take in that part of the world. 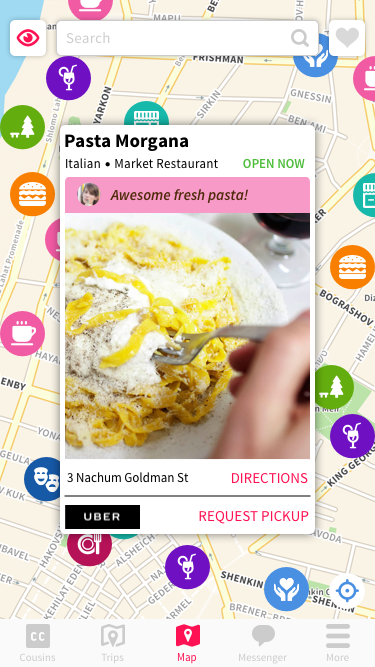 Here’s how the app works. You start by selecting your destination; the app is currently available in London, Rome, Paris, Rio de Janeiro, Barcelona, Lisbon, Tel Aviv, Berlin, Moscow, Stockholm Budapest, and Prague. Then, you pick a Cousin local to that area. The app has a filter which allows you to narrow down the search based on age and gender. See someone you like? Congrats–you might have always wanted a brother, but you got yourself a Cousin. You can either directly view their recommendations, or chat with them to get more information.

Co-founder Nadav Saadia tells me the idea for the role Cousins play came from a friend, who had managed to acquire a loyal band of followers that would follow her around the streets of Paris knowing they would always have a good time. “We were talking about how amazing it can be if you had a friend like that in every city that you’re visiting – someone that you can actually trust that will save you the time and hassle of researching the web and will allow you to discover the real city,” he explains. 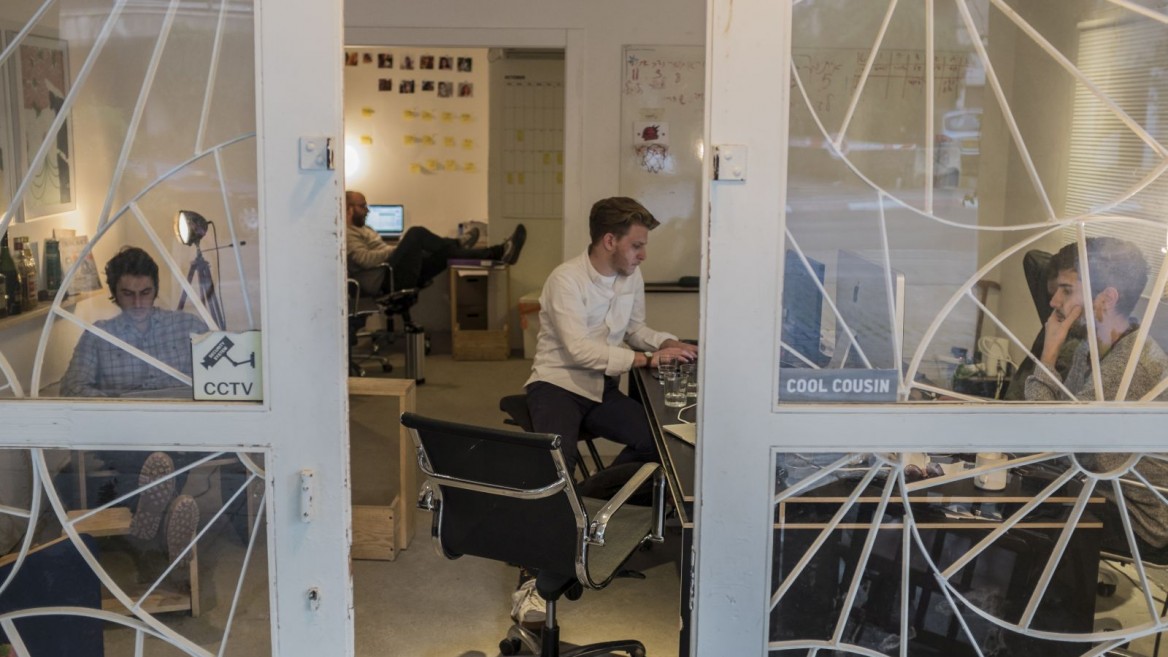 In keeping with that aim, Cousins curate the absolute best of what their city has to offer. Staying true to the format laid down by the original Parisian Cousin, local experts make lists of activities for travelers to sample. That may include bars, museums, concerts, or whatever else is a must-see/must-do. The recommendations are combined with a map and in-app Uber bookings to make it simple to access each location.

According to Saadia, “cousins are attracted to the platform mainly because they love the opportunity to share their cities, connect with cool people all over the world, and build their social presences through the app.” Cousins do not receive monetary compensation for their contributions, but payments is something the team is considering introducing in a future iteration of the app. At this current stage, the focus remains on keeping the recommendations authentic and ensuring the community is having a good time while on the move. 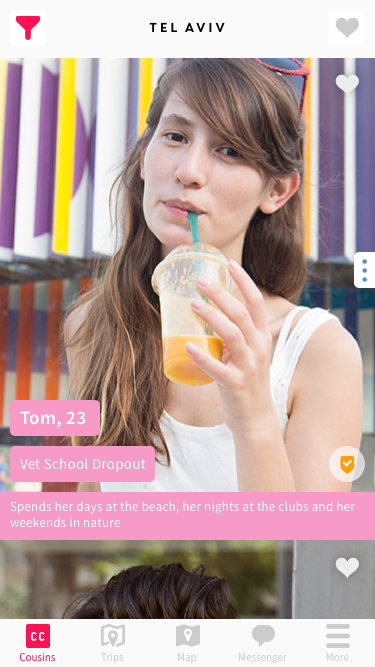 Cool Cousin received an undisclosed amount in seed funding from Elevator Fund last year. Saadia tells me he can’t reveal specifically what features are in the pipeline; suffice it to know they’re under development and shipping soon. What we do know is that the app will be launched in ten new destinations in the near future, including Amsterdam, Milan and New York (the first US destination).