CannaKorp, Inc. is a Stoneham, Massachusetts-based technology start-up company focused on simplifying and improving the experience for medical cannabis patients. The company claims to have developed the world’s first single-use pod and vaporizer system that, according to their website, delivers “unprecedented quality, convenience and consistency.”

CannaKorp™ has developed a technologically advanced vaporizer, the CannaCloud™, coupled with a single-use portion pack system, the CannaCup™.  The CannaCloud™ is designed to extract the medically beneficial compounds more efficiently while simultaneously offering what is described as a “much safer and enjoyable experience than other alternatives.” Michael Bourque, CannaKorp co-founder, invented the device. According to an interview in the Daily Mail, Bourque says that the idea stemmed from an awkward experience purchasing marijuana from “a guy that looked like ZZ Top” in the middle of a parking lot. From that experience, it isn’t difficult to imagine a number of more attractive alternatives.

The patent-pending CannaCloud vaporizer has the intelligence and engineering in place to ensure optimal performance, including temperature, speed, time, and air pressure. The device has a hygienic, one-way valve that is also detachable for easy cleaning—and, it’s dishwasher safe.

Consumers will be able to choose from various types of sativa, indica, hybrid, and CBD-only strains. Pods, made of recyclable materials, contain pre-ground cannabis flowers and are sealed to lock in flavor, aroma and freshness.

With the aim of creating an efficient, reliable, and profitable medical cannabis ecosystem, the company is looking to form partnerships with cultivators, processors, dispensaries/retailers, distributors, testing labs, medical practitioners and manufacturers to bring new, innovative products to market.

A Keurig for Cannabis?

The CannaCloud vaporizer has been described in the press as the “Keurig of Cannabis,” as it is a device that heats marijuana to a specific temperature without burning the plant—just like its coffee-maker namesake. 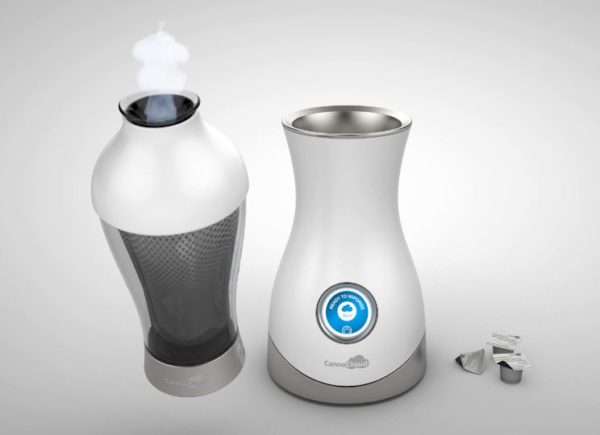 According to Dave Manly, Chairman of CannaKorp, the CannaCloud was even designed by the same firm that created the Keurig. Dave is also a former Keurig executive and was one of the prime architects of Keurig’s phenomenal growth, growing revenues from $25 million when he joined the company in 2002, to over $5 billion during the 13 years that followed, and before what he describes as his “semi-retirement.”

That’s apparently when CannaKorp came calling. “They were really intrigued about finding a Keurig guy because their whole idea was the ‘Keurig of Cannabis,’” Dave told Business Insider. “I hooked up with them as a consultant, and then, about a year later, I came on board as chairman of the company.” Two other retired Keurig executives have since joined the CannaKorp Inc. team. In April of this year, CannaKorp, Inc. announced that its angel fundraising goal of $1 million had been surpassed; a total of $1.58 million was raised. The initial funds would go towards prototype development, tooling and design.

Green Rush Daily has reported that the CannaCloud vaporizer will be priced at $149, with the singe-use pods coming in at a hefty $9.99 each. The company is looking to gather another $10 million to fully prepare for the production.

According to The Boston Globe, the device is set to be launched early next year, following the decision of Massachusetts voters regarding the legalization of cannabis for recreational purposes. In the meantime, interested parties, including medical marijuana patients and dispensaries, can register on the CannaCloud website to receive updates.

All Hail The Inhaler

There is another similar company worth noting in the “cannabis innovation” arena; Israeli startup Syqe Medical, formed in 2011, aims to transform cannabis and other psychoactive botanicals into mainstream medical drugs with both diplomacy and technology. The state-sanctioned startup has been working to create what the company describes as the world’s first pocket-sized metered-dose cannabis inhaler, the Syqe Inhaler™, and the Syqe Inhaler Exo™. The Exo is already available for hospital use in Israel. 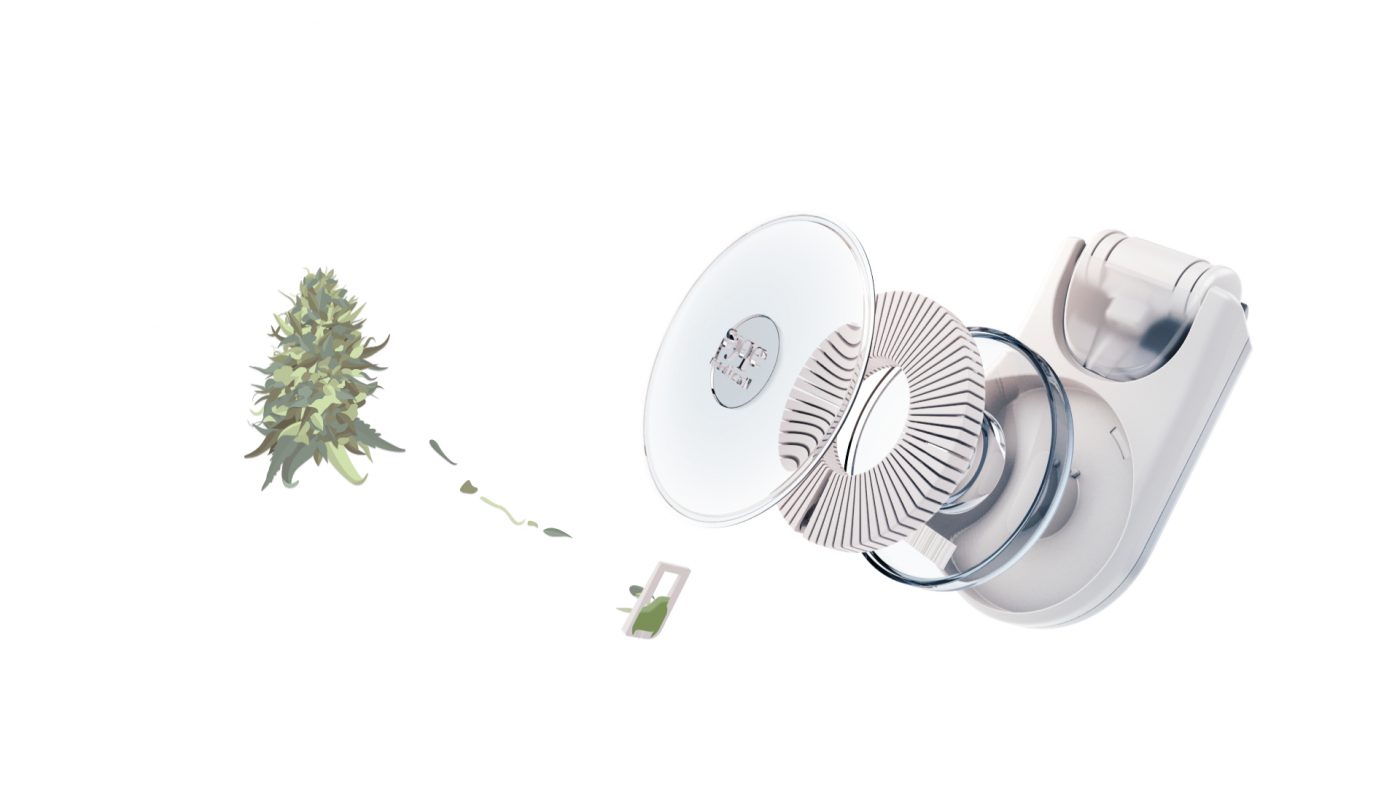 It is the individual “vapor chips” that allow for the precise, consistent dosing for medical patients in increments as small as 100 micrograms (0.1 mg). It’s a level of precision, Syqe Medical says, that will allow cannabis to be delivered to patients in a “true pharmaceutical fashion” for the first time. Interest in the inhaler is said to be robust, with the startup already having raised $33 million—including a reported $20 million from tobacco giant Philip Morris International.

Syqe Medical already has completed successful clinical trials and established its proprietary technology as first-in-class in Israel, which could have major implications globally as regulators in the United States and elsewhere look for standardization and precision dosing.

Smoking Out the Stigma

Stigma is a challenge that every emerging technology manufacturer in the cannabis space must face. Success for pioneers like CannaKorp, and particularly Syge Medical, could help to lower the barriers to entry that innovators face in this area—replacing stigma with science. A change in the legislative environment would help too.

In a study published in 2015 by The Innovation Group, cannabis beverages were identified as one of the five trends of the future for the food and drink industry. Nearly three quarters of consumers surveyed in the study—across the Millennial, Generation X and Boomer generations—agreed that cannabis will be as socially acceptable as alcohol over the next decade.

But the lingering legal issues surrounding cannabis use in the United States are far from negligible; it’s legal for medical use in certain states, legal for recreational use in others, and completely illegal in some. Its illegal status at the Federal level is probably the most notable.

Currently, 20 states in the United States are reported to have cannabis legalization ballot measures in the November elections. Connecticut, Maine, Massachusetts, New Hampshire, Rhode Island and Vermont are among the states pushing ballot measures this November, with California, Nevada, Arizona and Maine said to have the best chances of the recreational ban being lifted this year.

Based on a rollout of the adult-use market in California, an estimated $1.4 billion in revenues within the state are predicted for the first year of a fully operational cannabis market, with $6.6 billion predicted by 2020. The national market for ancillary products and services is estimated to be a $23 billion market by 2020.

“If we do well in November, there will be a massive increase in the amount of investment, the quality of the teams and the sophistication of the business models going forward,” says Troy Dayton, chief executive officer of Arcview Group, an Oakland-based firm whose 550 investor members have poured $76 million into 121 cannabis companies. “It’s not every day a multi-billion-dollar industry gets started.”