I recently had a grill mishap. No, I didn’t accidentally blow my face off, or anything terrible like that. But I did ruin some ribs, which is a lesser but still severe catastrophe. I left the grill unattended for a few moments, not knowing that a small grease fire had started. When I returned, the ribs were, “charred” to put it lightly. 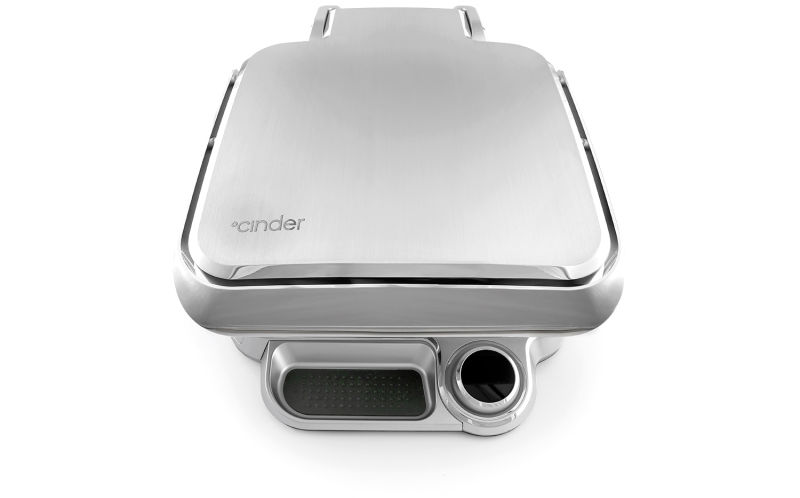 The Cinder Sensing Cooker is a countertop smart grill that makes the George Foreman Grill look like a primitive medieval torture device. The grill features a set of aluminum non-stick cooking plates, and the temperature of these cooking plates is constantly monitored by software within the grill – the sensors are accurate to within 1/10 of a degree. By maintaining such precision with heat, Cinder allows users to cook food to exact specifications. 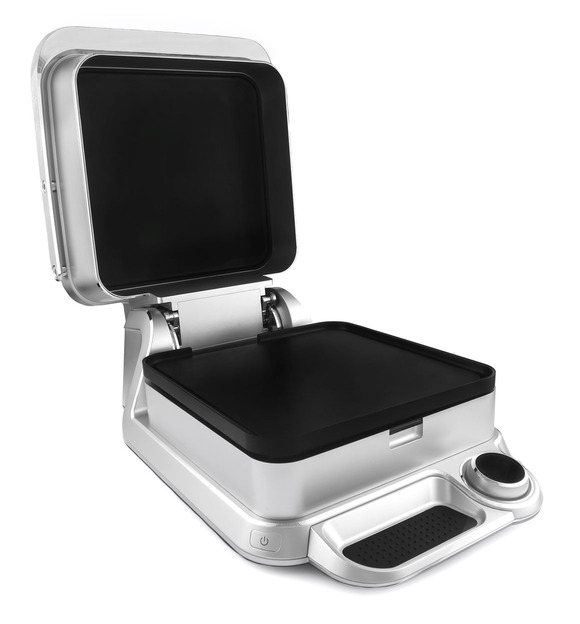 Users can set the grill temperature using the dial on the grill itself, or they can use the accompanying smartphone app. Within the app, they can select the type of food being cooked (strip steak, chicken breast, onions, etc.), the “doneness” (medium, well-done, etc.), and whether or not the food is frozen. Based on the selections, the app automatically sets the appropriate temperature for the grill.

If users aren’t sure exactly how much they want their food to be cooked, the app provides a large selection of photos showing food cooked rare, medium, and well-done. 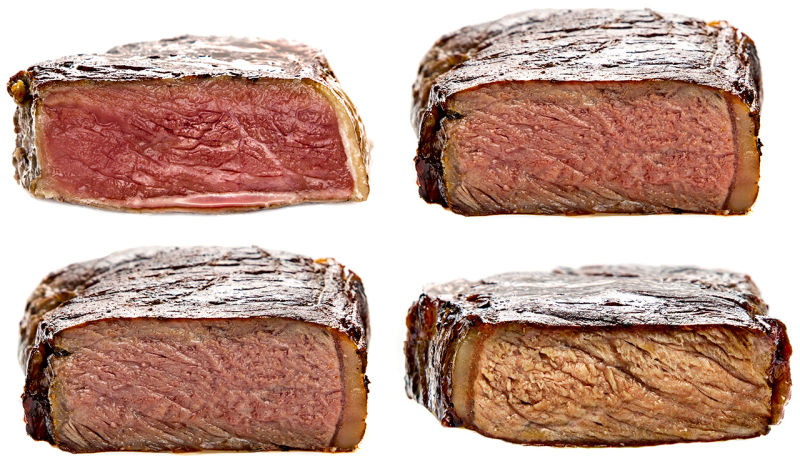 Especially when an alert is sent to your smartphone or tablet once the food has been cooked to perfection.

Sometimes we talk about this as the third generation of precision temperature cooking. You had a crock pot, to cook at a low temperature over time but it’s not as precise, and sous vide, which has very nice results. What we’ve done is keep the precise temperature, but kept it very approachable and convenient.

Perhaps one of the coolest features of Cinder is that after the food is cooked, the grill can automatically lower the temperature to keep it warm without overcooking it. 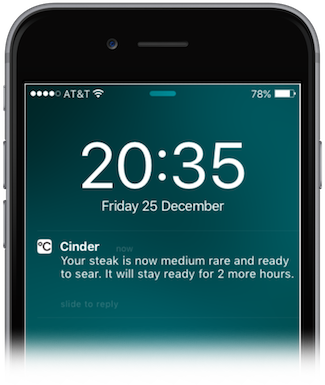 Cinder is currently in pre-order status, with the first units scheduled to ship in Summer of 2016. The starting price is $189.