Ringly is an awesome-looking cocktail ring that does double-duty as a smartphone alert system. It’s “smart jewelry”. Beneath the gemstone sits a teeny weeny computer. The Ringly lights up or vibrates every time you have important smartphone activity – like a call from your BFF, a text from your guy or a reminder about the business meeting at 10 a.m.

No more excuses for missing the business meeting!

Since I’m frequently shuttling between Los Angeles and San Francisco for work, meeting alerts are crucial.

Then you are able to combine different vibration patterns, or number of flashes, with the visual palate to indicate different activity types within the same color. 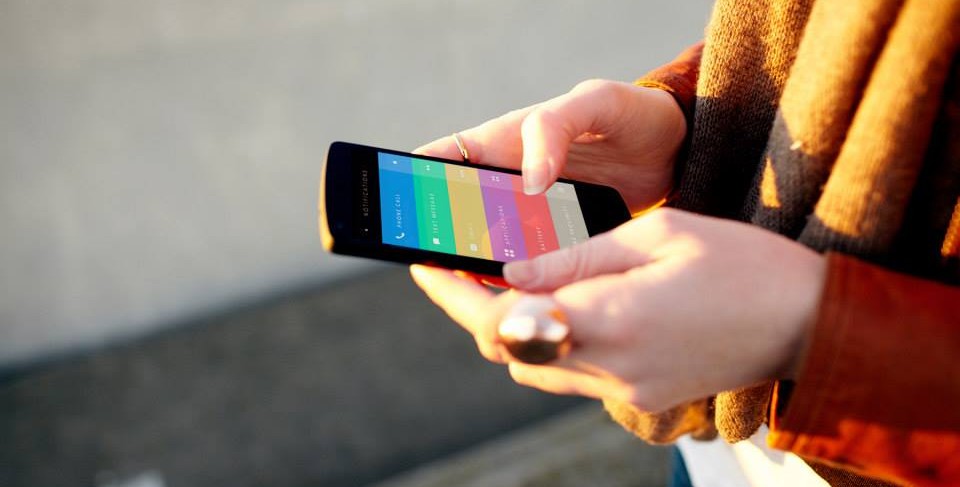 You can even select your favorite contacts for the alerts instead of being notified of every single text, call or email.

Do the math and you end up with 20 unique colors and vibration patterns to set all kinds of alerts for specific people. That may even leave room enough to dedicate one to your boss!

Now that you’ve got the gist of Ringly, it’s time for the feedback. So far…

I love it! That’s not to say there aren’t a few cons, but I’m thinking the pros way outweigh them.

I know what’s going on with incoming calls, texts and reminders while my smartphone is tucked neatly in my satchel, purse or hobo bag.

I’m getting tons of bonus points for simply having one of the coolest new gadgets around.

The gemstones are pretty fab, too. They’re kind of big but in an eye-catching way, not a cheap-plastic-bubble-gum-machine way. These are the real deal, semi-precious stones that easily match your style, personality and wide array of hobo bags. You’ll also dig the names:

Speaking of Out to Sea, I’ve heard people say the rings are water-resistant. I still get freaked out when I realize I forgot to take mine off while washing my hands. I’ve done this about four times now, but the Ringly still seems to be working fine. No baths or cliff-jumps yet, but for now we’ll put this one in the Pro category too. 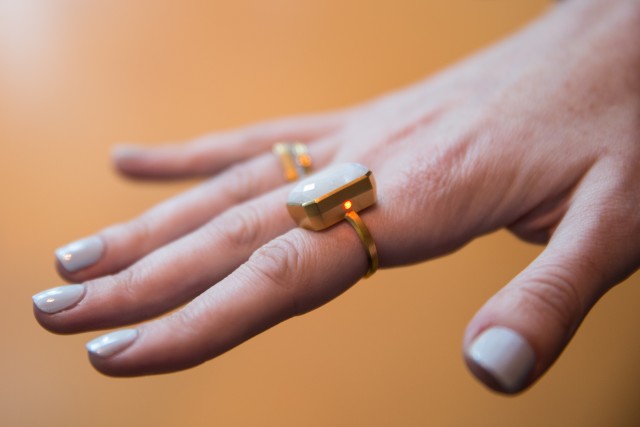 Compatibility with both Android and iPhone systems is also a pro. It always irks me when apps or gadgets only cater to one or the other. I say there’s enough love to go around for both. Ringly shows that love – and then some! It connects to both via Bluetooth, making it easy to engage or disengage your Ringly as needed.

The major con is the constant charging. While the Ringly battery lasts throughout the day, you do have to charge it every night. The charger is the ring box the Ringly comes with, so that’s convenient; the box has two little metal prongs that charge up the Ringly when you place it in. Phones and laptops are one thing, but it’s a bit of a behavioral hurdle to remember to charge your ring. 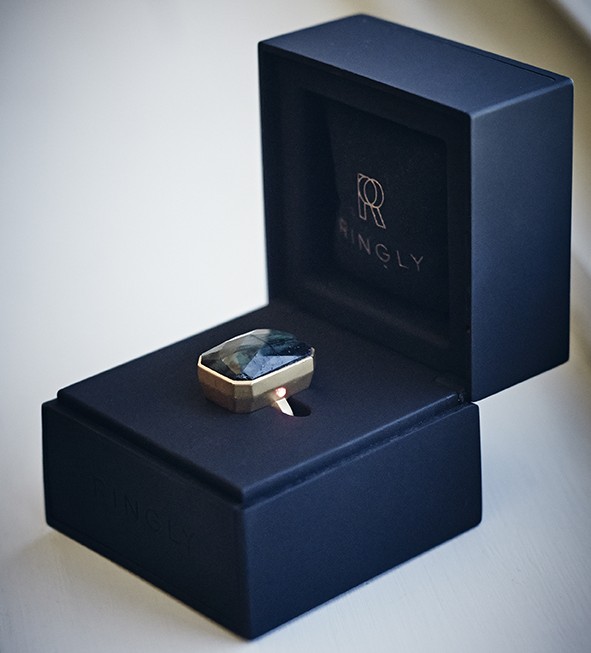 Another con is the amount of time it can take to actually get the Ringly. Sure, you get free shipping for orders in the US (which is a Pro), but you may be waiting quite some time. I ordered my Ringly back in August 2014. I got it in the middle of 2015.

I’m not going to put all the blame on Ringly, however, as it certainly didn’t help the situation when I changed my mind on the style about three months after I initially ordered it. I originally went for the Daydream rainbow moonstone, but then changed my mind when Ringly came out with Dive Bar.

I’m sure that change of mind made me lose my place in line. But it was worth the wait. Love the gunmetal band. Love the tourmalated quartz. And I’m definitely more about bars than rainbows, though in my world, they’re not mutually exclusive.

Would I recommend the Ringly? Heck, yes!

Especially if you work in any office full of tech geeks. You can show up in your Ringly and easily win status as the cool kid with the latest gadget.

Gadget status aside, Ringly truly is a neat-looking ring. You’ll also enjoy how it works, giving you smartphone activity alerts even faster than your average smart watch. You’ll be on the cutting edge of fashion and technology – and who couldn’t use one more thing that vibrates…

Natalie is the VP of Advertising for SitePoint and the Head Honcho for SnapMunk. As a physical person however, she is very tiny. We hope she writes more often.

Our exclusive advertising partnerships are making it easier for marketers to connect with cryptocurrency audiences at scale.

Follow Me
Latest posts by Natalie Tarpinian (see all) 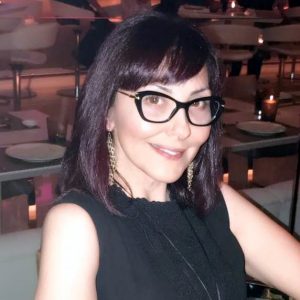