Video killed the radio star. CD’s killed cassette tapes. MP3’s murdered CD’s. Now streaming music is the big, bad bull in the china shop (yes, that’s a mixed metaphor, but I quite like it).

Few things have changed more in the past 15 years than the music industry.

First iTunes came on the scene, obliterating the need for physical units to hold music. Then came a few subscription services, like Rhapsody and Yahoo Music, but they couldn’t loosen Apple’s grip on the digital music market. Then, in October of 2008, a service called “Spotify” launched in Europe.

Spotify did what Rhapsody and Yahoo Music couldn’t, prying the digital music market from Apple’s greedy, well manicured fingers. Services like Rdio, Tidal, and a plethora of other streaming music services have fallen in behind Spotify, eager for a chunk of the streaming market. Apple finally entered the fray earlier this year with the launch of Apple Music.

The proliferation of streaming music services makes it notoriously difficult for marketers to link to albums or tracks, especially within mobile devices. Should they link to iTunes tracks? That leaves out Spotify users and Android users. It also doesn’t differentiate between those who want to buy digital tracks versus those who want to stream.

Linkfire is trying to make things simpler for music marketers.

The service acts as a link shortener of sorts, somewhat like Bitly, but with music-specific functions. 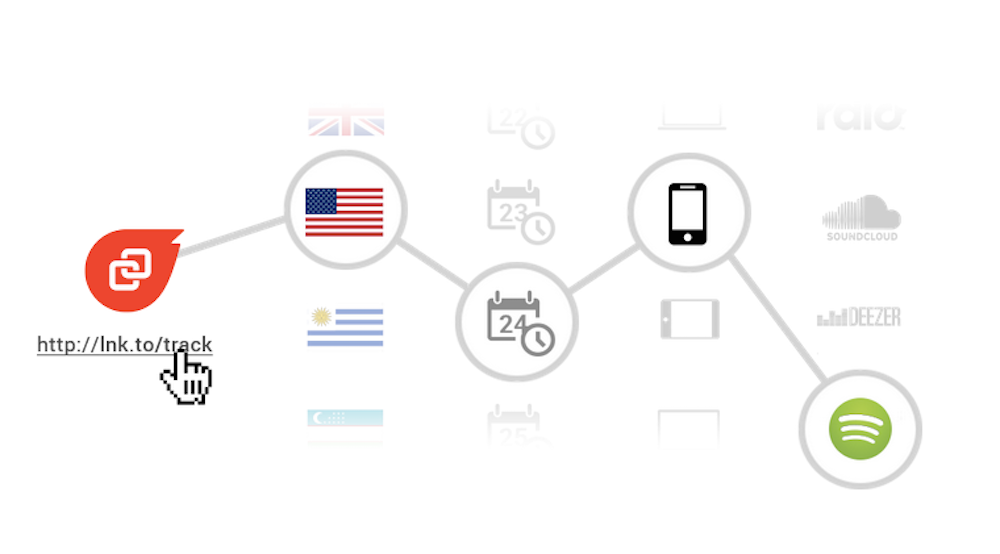 When a marketer links to an album or track, Linkfire automatically searches for all the corresponding links in iTunes (all countries), Amazon, Spotify, Deezer, Rdio, SoundCloud, and more. A smartlink is then generated by Linkfire.

When a fan clicks on a Linkfire smartlink, whether that’s in a social media post or on a website, they are shown a microsite landing page listing preferred music players. Once the fan selects their preferred player, the preference is saved and the music is opened in the player of choice.

Linkfire also gives music marketers lots of customizable options in terms of where fans are sent from links. Fans can be routed based on location, date, time, or mobile vs. desktop. The service also offers marketers deep analytics of fan behavior, including clicks, favorite apps, and sales conversions.

This is a brilliant tool for those in the music marketing space. No more need to have five different links under each song or album. One link to rule them all, and one link to provide detailed information about user behavior.

Currently the service is free, with a paid tier coming in January.

The service has raised $2.7 million in 2 rounds of funding.