Whether you work out or not, you’ve probably seen at least one person using a mixer bottle within the past year. They’re the water bottles with the metal ball inside that people keep shaking to mix protein shakes and other drinks. Although effective, mixer bottles have a few shortcomings; namely they are inconvenient and messy.

To overcome these limitations, PROMIXX has developed MiiXR, a water bottle with a built-in blender. It’s designed to mix shakes, eggs, cocktails, and other concoctions you might come up with.

The core of MiiXR revolves around the X-Blade technology which is engineered with rounded edges to maintain the integrity of high-grade nutritionals. The main reason for this is because mechanical stress from traditional blades can denature some health supplements.

In addition to a focus on quality mixes, MiiXR is engineered to be versatile and easy to clean. The patent pending non-slip magnetic coupling makes the motor component easy to remove. 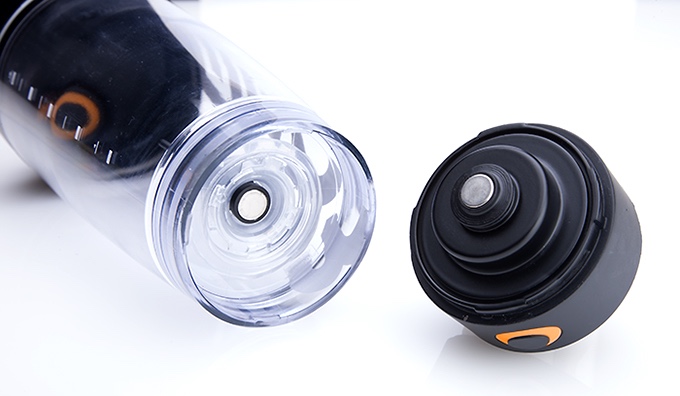 To accommodate the needs of on-the-go users, MiiXR is made of impact-resistant Tritan plastic. There’s also an extra wide mouth spout with a breather hole in the cap to improve air flow and chugability.

MiiXR comes in two versions – the standard and plus editions. The main difference between the standard edition of MiiXR and MiiXR+ is that the former lacks USB device charging and rechargeable batteries.

MiiXR standard runs off two AAA batteries while the plus version runs off of two 1,500 mAh lithium-ion batteries. With MiiXR+, the charging capabilities have the capacity to charge wireless headphones 60 times, or an iPhone 7 by a minimum of 50%. The built-in discharge cut-off ensures users have enough battery to still use the mixer even after charging devices. 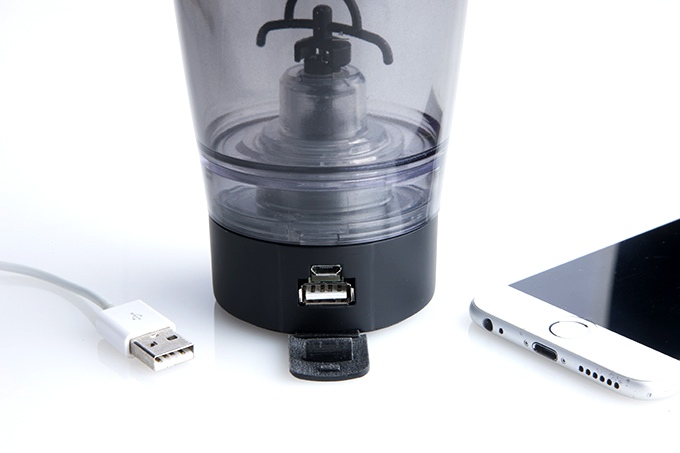 Although MiiXR is relatively new, PROMIXX has been developing vortex mixers since 2012. Their campaign page mentions that they have over 250,000 users. Their original offering, the PROMIXX original is available for $26.98 via the company website.