Jack Bonneau started a lemonade stand, like a lot of kids do. Then he took things a few steps further – his business has made $25,000 a year and is expanding across Denver in a hurry.

It all started a couple years ago when Jack was done constructing all his Lego sets. He set his eyes on the Death Star set like most Lego aficionados do eventually, but was a bit freaked out learning that it was priced at a pretty exorbitant $400. His dad Steve Bonneau had a suggestion for Jack: start a lemonade stand to help raise funds for the set he was after.

They went about setting up the stand a little differently than usual; Jack and his father decided that it wouldn’t go up in front of their house, but at the farmer’s market, where they expected greater demand for their product.

Jack earned a lot more than enough money to buy the Lego set he was after from the lemonade stand. In his first stint behind the counter, he managed to rake up sales of close to $2,000, which translated to profits of about $900. In the process, the then 8-year-old got the the skinny on working at a farmer’s market, getting insured, pricing strategies, and driving sales. The endeavour was such a success that the family decided to expand to more locations and advertise the business on a website.

Funds for the rather ambitious expansion plan came from Young Americans Bank, an institution that lends to children in association with a nonprofit called Young Americans Center for Financial Education. Thousands of children and youth from Denver aged between 6 and 21 are enrolled in courses on personal finance and financial literacy at the center. 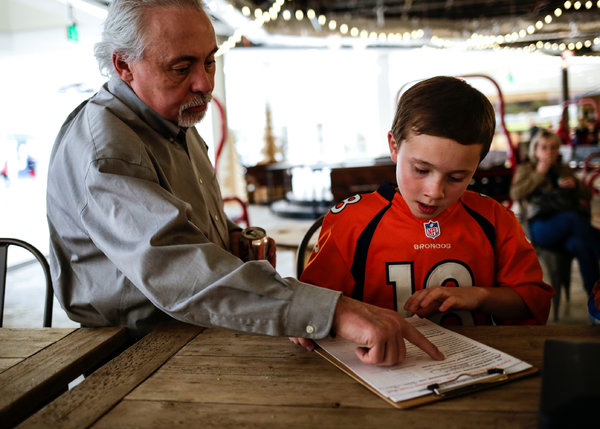 Armed with the $5,000 he was able to loan from the Young Americans Bank, Jack went about plotting the expansion of his business. Under the guidance of his father, Jack was able to branch out to an additional three farmers’ markets under the banner, Jack’s Stands. He hired other children to take shifts when he couldn’t be there himself even briefing recruits on the basic operation procedures of the stand, how to count money, and compute revenues. Now, you can schedule slots to run your own stand at a farmer’s market via the Jack’s Stands website; all the legwork – obtaining insurance, permits, supplies, etc. – is taken care of by Jack and his father.

The expansion has seen Jack’s Stands’ incomes skyrocketing. The business amassed $25,000 in sales last year; profits will be used to expand across more locations in Denver. There’s also plans to set up operations in Detroit using funds raised from a crowdfunding campaign.

Now 10, Jack has a deep understanding of business and resources to expand his venture further. So while George Bluth went on about how “there’s always money in the banana stand,” it looks like there’s some pretty sweet cash to be made from lemonade stands as well – along with some great lessons on how to conduct business.