Thankfully, OpenGov, on whom we first reported back in July, doesn’t follow the laws of nature.

And perhaps more thankfully, they just received another $25 million in funding. In addition to the cash, the company also added Marc Andreessen, of Andreesen Horowitz, to their board.

OpenGov brings 21st century reporting and analytics to the notoriously backwards world of government technology and finance. Their reporting functions make it simple for anyone to generate reports and analyze thousands of different slices of government finance data. The reports can then be easily shared and updated in order to keep everyone on the same page when it comes to budget data. 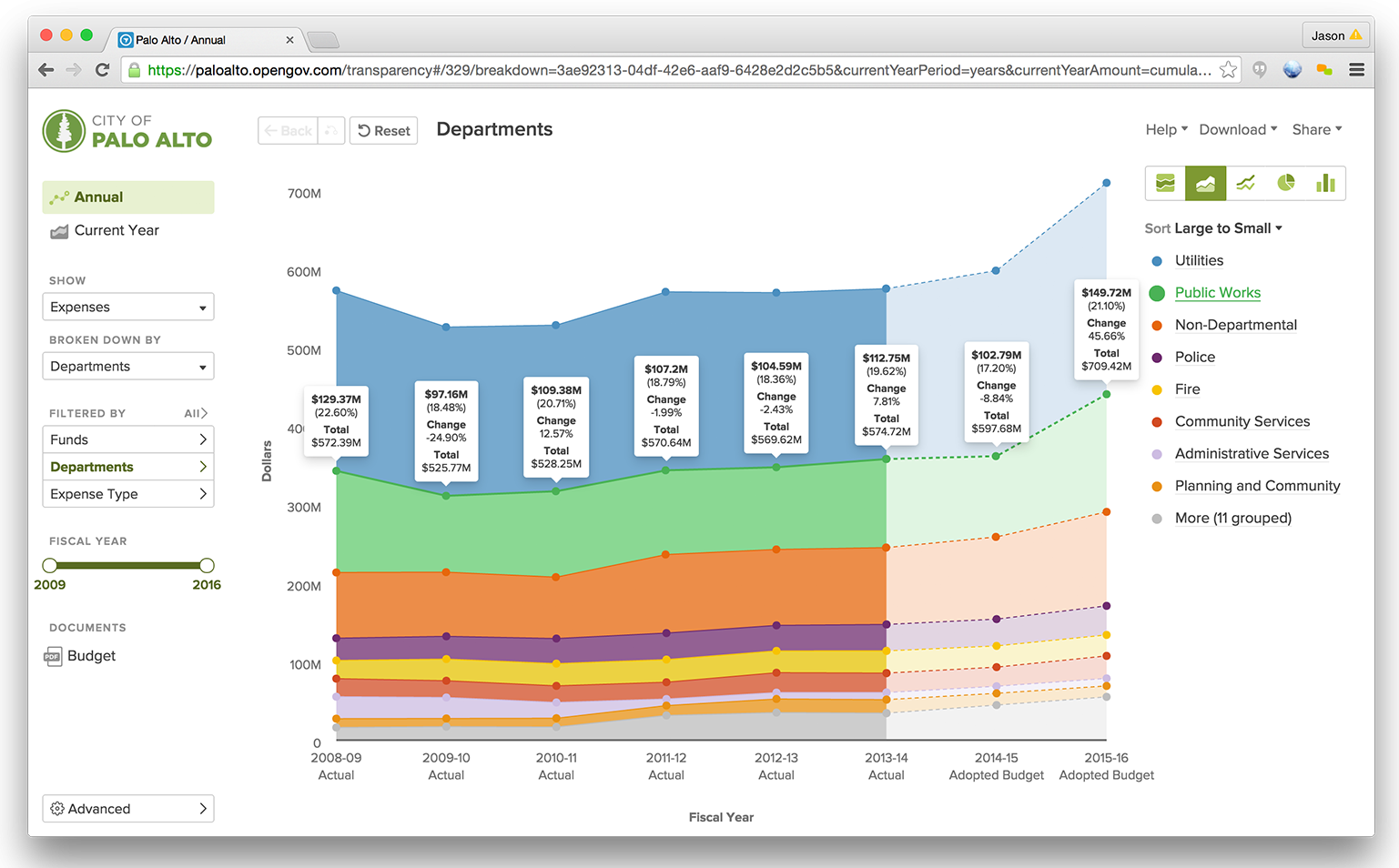 OpenGov also makes it simple for governments to provide their constituents with easy-to-understand reports and data, which in turn encourages and facilitates transparency.

Software is eating the business of governing, and OpenGov is changing the future of government, giving public agencies at all levels the kinds of financial tools that successful companies use to analyze and manage their business. Better data means a better run government — and that’s good for all of us. I’m thrilled to be part of this mission.

As they try to tackle big problems, OpenGov has big plans for growth. After their most recent round of funding, they had the following to say:

With the new funding, the company plans to continue its momentum by hiring top new talent, aggressively developing the OpenGov platform to better serve its government customers’ needs, and expanding its reach to every government in the U.S.

Ambitious but not impossible. With over 500 governments in 44 states now using OpenGov, they seem to be giving the people what they want.