PalAround is basically Tinder for making new friends. No, not an app for finding “friends with benefits” – an app to actually make new pals.

It has probably been a good 15 years since the last time I actively tried to make new friends (surviving first grade without a clique is like prison without a gang). I’ve been lucky; ever since, friendships have just seemed to happen organically. There are times, however – moving to a new city, or developing new interests, or fighting a demanding work life, or when all existing friends are too uptight to perform the Thunder Buddies song – that put many people on the friend market.

PalAround tries to simplify that sometimes cumbersome process of expanding your social horizons, meeting people with shared interests and developing friendships from scratch – and it tries to do so in a pretty fun way.

People tend to bond over common interests easily, but PalAround doesn’t just match users based on things they both like – oh no, that wouldn’t be clever enough. Instead, the app uses its “Palgorithm” to develop a “friendability” score based on which it surfaces people for users to consider. Now let’s try that without the bad puns and buzzwords. 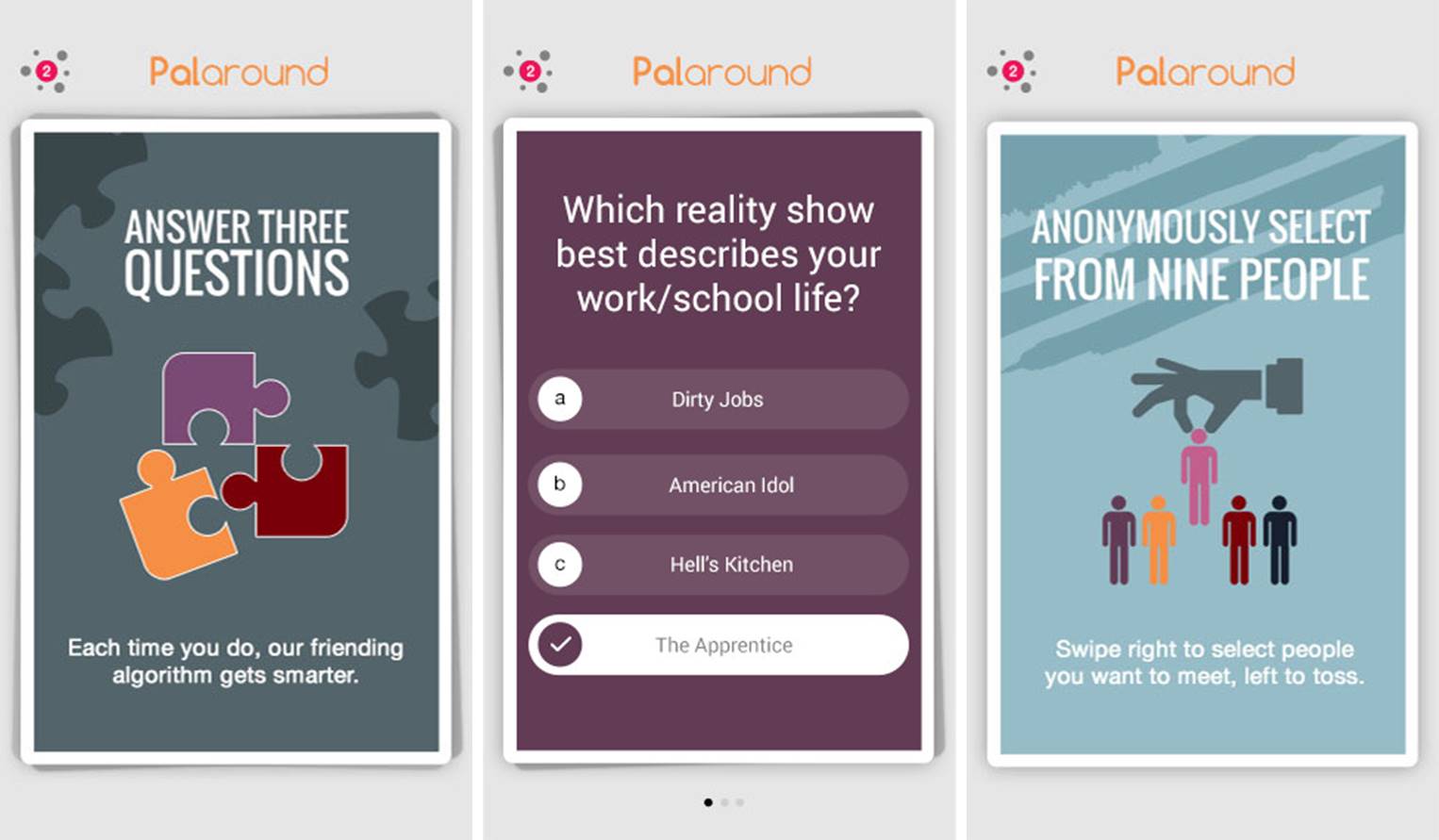 PalAround asks its users three Buzzfeed-style questions every day at noon. The algorithm then begins to piece together a personality profile. Users can expect questions like, “Which reality show best describes your work/school life?” or “What’s your opinion on astrology?” So yeah, exactly like Buzzfeed. It then throws parameters like proximity and mutual friend count into the code potion to return a list of nine people whom, according to the app, show the greatest potential of being a compatible friend. 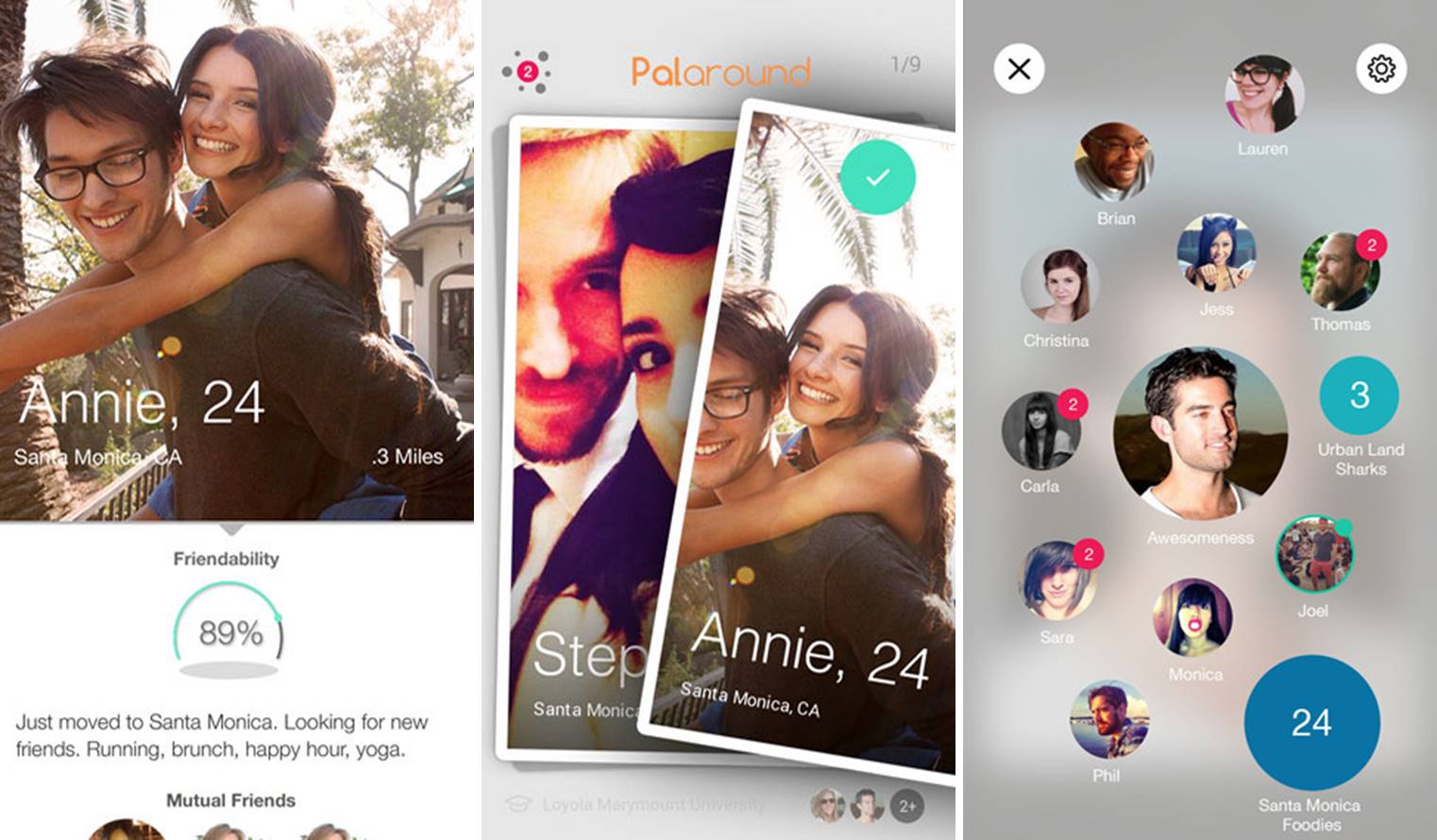 You’re probably wondering at this point what stops PalAround from becoming a version of Tinder with quizzes. Well, currently the app only matches people of the same sex (assuming heterosexual users, I suppose). This is, however, a tentative feature and the gender wall could be lifted if there’s enough feedback decrying it.

There are other apps out there helping people be more social than sexual.

iOS app Wiith lets users create events or show interest in ones created by other users. Once an event is suggested/created, other users show interest in participating in that event. The creator then swipes through the list of people who have shown interest in their event and then choose people they would actually like to invite.

While Wiith emphasises activities, FriendsTonight focuses on bringing groups of people together. Users can ‘Like’ the groups with which they’re interested in hanging out and also see which groups have done the same for groups of which they are already a part. If groups express mutual interest in hanging out, they can start chatting and make plans. They have to act fast though, since matches and chats are reset at the end of every night.

Whatever format gimmick different “meeting-other-people” apps may employ, a key differentiator often seems to be the algorithm determining which profiles should be shown to each user and in what order. Whether or not any of them are truly more effective than random selection – or perhaps just straight-matching preference selections – is up for debate. Here’s what a 2012 study had to say about mathematical people-matching algorithms:

Regarding matching, no compelling evidence supports matching sites’ claims that mathematical algorithms work – that they foster romantic outcomes that are superior to those fostered by other means of pairing partners.

Serendipity, “connection” and instinct ends up playing a big role in why human relationships form and ultimately work. When it comes to matching people, predictive modeling and machine learning might have little advantage over dumb luck. But if you’re in a bit of a social pinch, and day-to-day dumb luck isn’t quite cutting it, a trip to the app store might.