Over the last 20 years, peer-to-peer networks have disrupted industries dominated by big players. It began with Napster, who rocked the music industry, setting in motion ripples that continue to this day. Uber came along and gave the taxi industry a kidney punch. Breather is taking on the office space industry and AirBnB has rattled the hotel market.

Now Paqqy wants to take on the parcel delivery industry.

The idea is simple: instead of paying exorbitant shipping fees for FedEx or UPS to deliver a package, why not simply use someone who is already heading the same way? Why not let ordinary people like you and me make money by delivering packages? Paqqy wants to make that happen, with themselves as the middle man facilitating the exchange. 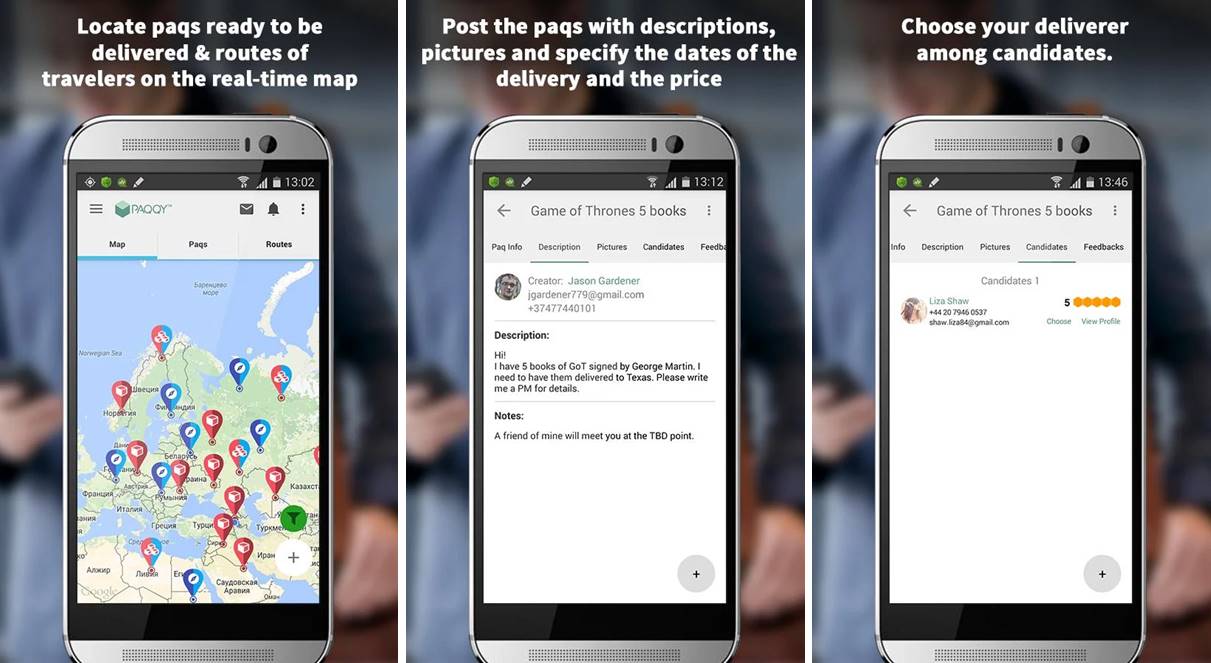 Users post packages on the site – to be delivered locally or internationally – as well as how much they’re willing to pay for the delivery. Once the package is posted, potential delivery candidates can apply as courier. Those who are rated highest are most likely to be chosen for deliveries.

Paqqy offers a layer of protection with a double-confirmation system: payment is only released once both parties have confirmed that the package has been delivered in the expected condition.

Paqqy is tightly integrated with Google Maps, allowing delivery agents to post their regular travel routes on the site. Once they post their routes, Paqqy starts feeding them suggestions for packages they could bring along for the ride. 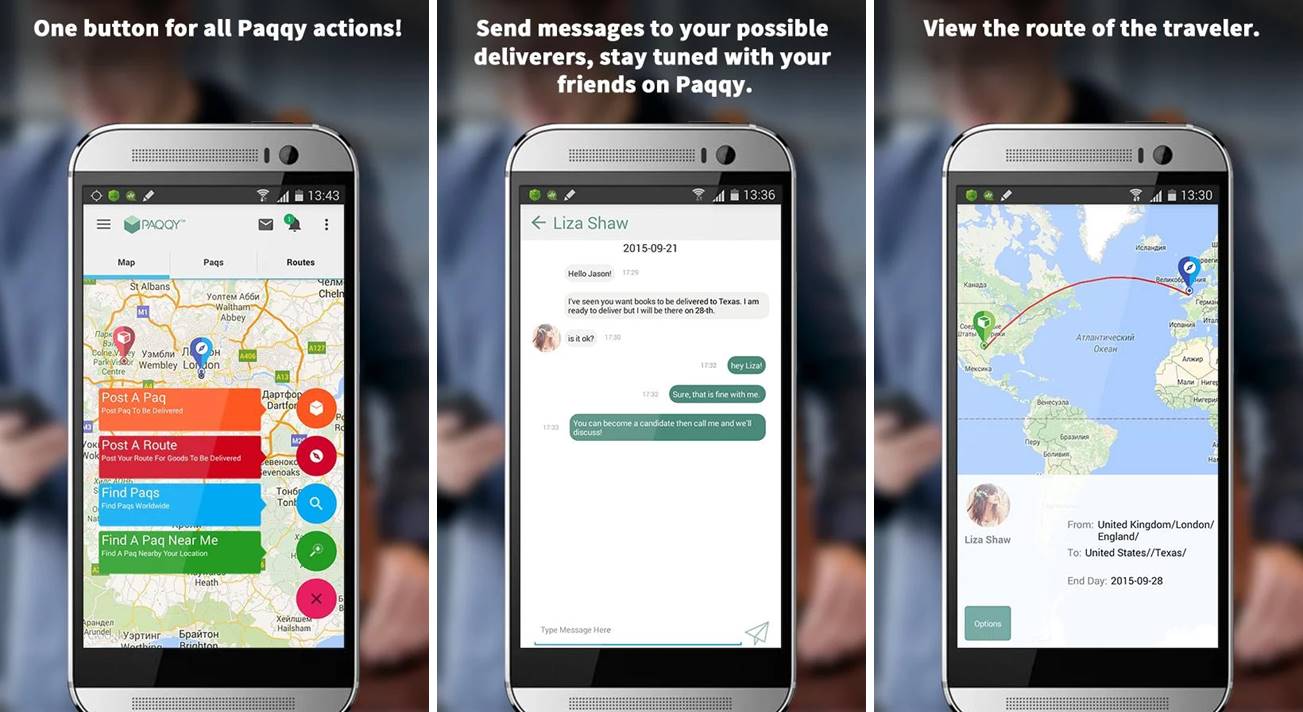 Paqqy makes sense on an intuitive level, which is always a good sign for a startup – it probably passes a lot of people’s, Why didn’t I think of that? test. Given the massive number of people traveling every second of every day, why not tap into that network to save and make some people some money? I would appreciate the opportunity to make a little extra cash delivering stuff like clothes, books and other straight-forward goods.

I do wonder if the service will be primarily limited to low cost items – they don’t appear to provide any insurance on deliveries, meaning that if a package isn’t delivered, there appears to be no recourse. Also, as a courier, I could foresee some concern about getting inadvertently hired as a mule for stolen or illegal items. Apparently that is the number one question the company receives, and in response have posted the following on their website:

“…all the paqs posted on Paqqy must have a full description and pictures. All the deliverers must check the paqs completely before confirming that they are delivering the paq. In case the paq is not the one listed on Paqqy, the deliverer must violate the delivery and inform Paqqy on that.”

That being said, I’m not sure how appealing it is to think that the person delivering your package is going to tear it open and rummage through all the contents.

Paqqy isn’t the only company invading the parcel delivery space. Nimber is a similar service, with a focus on bulky items; PeerShip allows users to ships items as well as request specific items for delivery, such as bananas from the grocery story.

As Paqqy moves forward, they face the same challenge any peer-to-peer network faces: number of users. If Paqqy can attract enough users, it could be a truly useful service, on par with the likes of Uber or AirBnB.