If you asked any sane person how they’d like to die, they’re not likely to say “in a hospital with plenty of pain and discomfort.” Yet many American patients are doing just that, as they’re not receiving the palliative care they need at the end of their lives, enduring aggressive treatments instead. Around 18% of Medicare patients wind up getting major operations in the last four weeks of their life (according to the American College of Surgeons) when their time would have been better spent managing their symptoms to improve the quality of the time they have left. Sadly, this should come as no surprise, given that your doctor’s education in end-of-life care could actually be limited to just a couple hours in the classroom at med school (according to a study by Horowitz, Gramling, and Quill). But an algorithm is catching these patients who fall through the cracks while making it easier for doctors to talk to their patients about death.

The North Carolina-based company PeraHealth gives doctors the tools they need to make informed decisions about their patients, using an algorithm called the Rothman Index. Using a combination of nursing assessments and physiological measures such as lab tests and vital signs, the Rothman Index scores patients on a scale of 0-100, creating easy-to-understand color-coded graphs that illustrate how severely a patient’s condition is deteriorating. “The result is a continuous measure of patient condition, integrated into the EHR, computed on a real-time basis across all conditions, diseases and care settings, explains PeraHealth’s CEO Stephanie Alexander. “This allows clinicians to quickly visualize a full picture of patient condition, understand which patients are at risk of a serious health event, and take immediate action.” 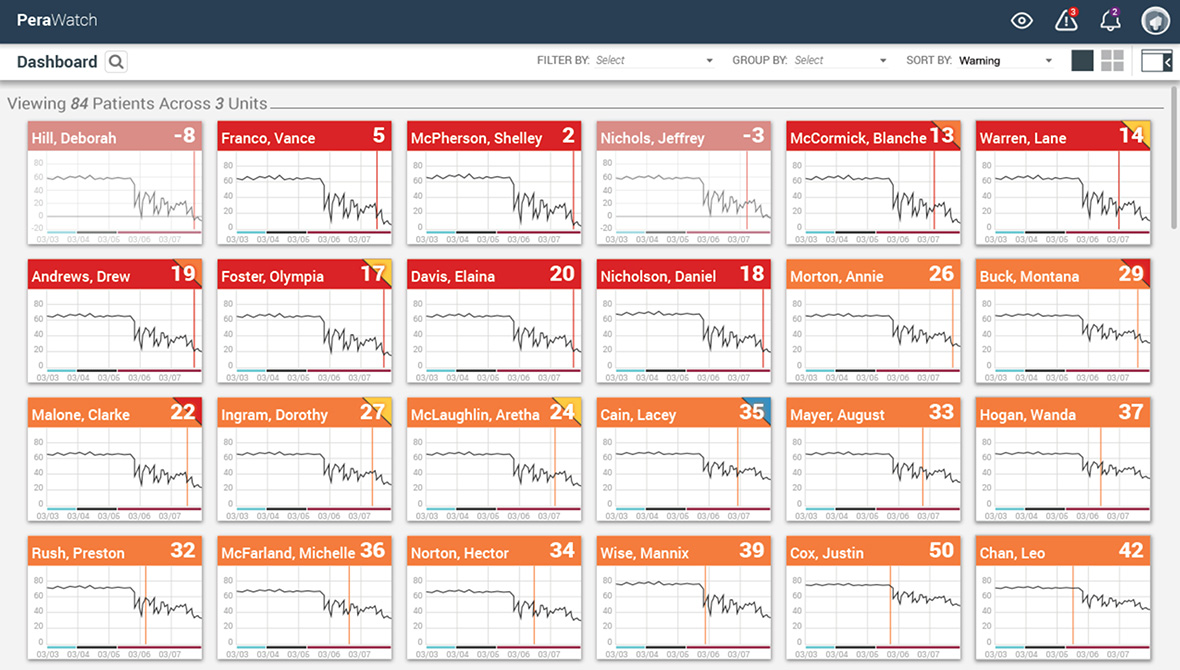 On-call doctors can access this patient data on their smartphones using PeraMobile, helping them make quick, remote decisions about patients whose health is deteriorating. Using the Rothman Index, PeraHealth reports that it’s actually been able to cut down “code blue” events (where patients need emergency resuscitation) by 30% and reduce mortality rates nearly 30%. They’ve also boosted palliative care referrals at Yale New Haven Health. Alexander explains that the Connecticut healthcare provider “performed more consults because they were creating a safety net based on protocols and reviewing patients who may have been otherwise overlooked.” During a pilot program at Yale New Haven Health, the Rothman Index identified 31 patients in its last month in need of palliative care, an increase from the 9-20 patients referred to palliative care per month before the Rothman Index was used (according to research presented in a 2015 seminar by Yale New Haven Health’s Palliative Care Program Manager Rebecca Gagne-Henderson). 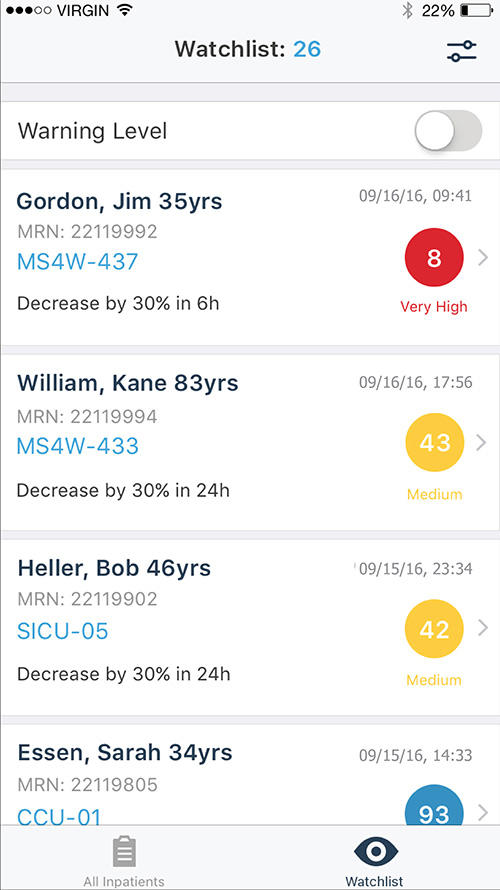 PeraHealth is stepping into the healthcare market at the right time, capitalizing on the fact that American hospitals are now centralizing patient data: “The healthcare industry has ample amounts of data that has continuously grown over the years. Until data was aggregated and standardized within the EHR and various other forms of digital technology, it was siloed information,” explains Alexander. “With data compiled in one centralized location, it enables technology, such as predictive analytics, to identify new patterns and relationships to provide new interpretations of the original data.” 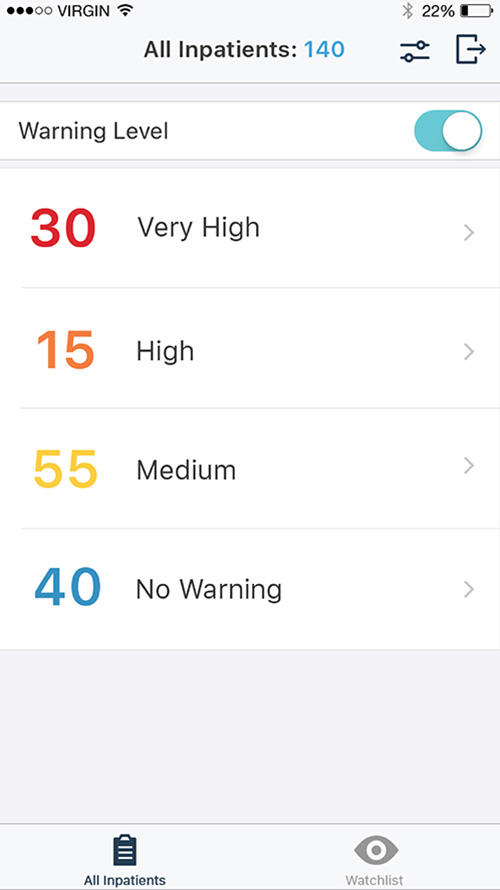 PeraHealth, which currently operates in over 80 American Hospitals, is primed for expansion, as they recently landed 14 million in funding from the growth equity firm Mainsail Partners. “PeraHealth’s most recent funding will be used primarily for growth — both in terms of working with new hospitals and health systems, as well as expanding the company’s product offerings and hiring for internal teams,” explains Alexander.

Data visualization is starting to play a much bigger role in patient care, and the PeraHealth team are not the only one’s getting venture funding for data analytics this year. For instance, the EHR data aggregation and analytics company Arcadia Healthcare Solutions snagged $30 million from investors that include the Merck Global Health Innovation Fund in January. In a statement, Merck’s managing director Joel Krikston explained: “Arcadia’s deep expertise in transforming isolated data into critical insights that enable providers to close gaps in care and enable better outcomes is central to our investment hypothesis around Population Health.” 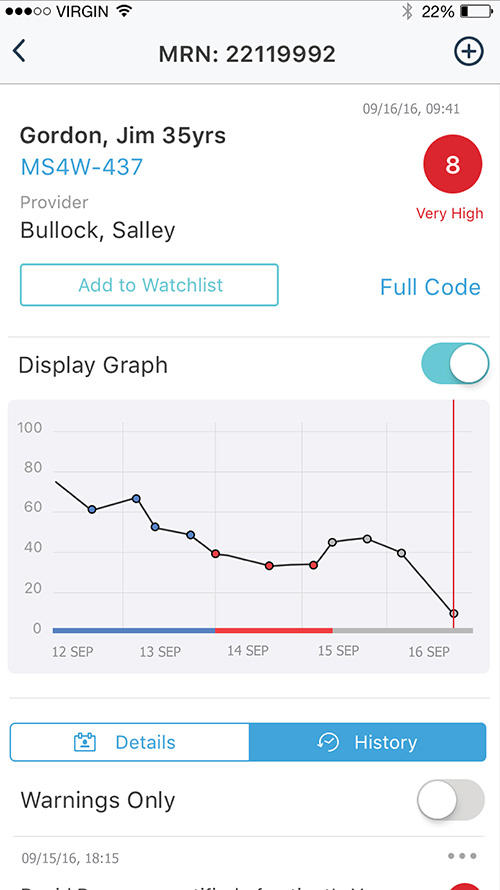 PeraHealth has found that showing a patient a visualization of their data can actually make it easier for doctors to talk to them about death: “Clinicians have found the Rothman Index graphs to be a helpful aide in end of life discussions with patients and their families,” explains Alexander. “As patient engagement continues to be a primary focus in healthcare and the Rothman Index becomes a standard in clinical environments, providers will be more apt to expand this use and integrate this into their care routine to encourage and improve patient engagement.” 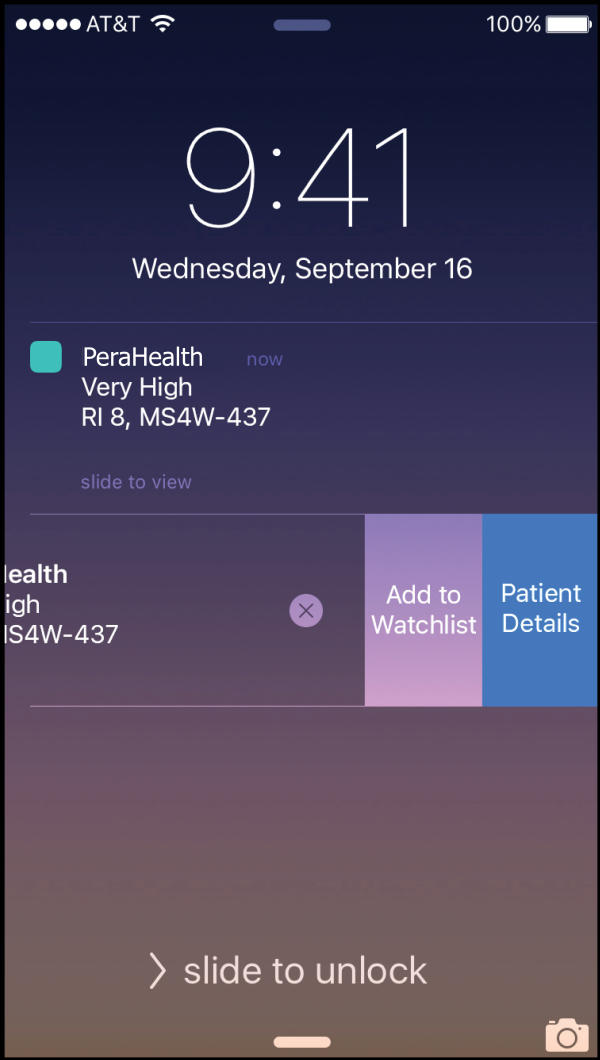 In theory, part of the beauty of using a patient’s healthcare data to predict whether or not they need immediate care is that it could prevent patient favoritism in hospitals. For example, research suggests women’s pain is taken less seriously than men’s in hospitals. A paper published in the Journal of Law, Medicine & Ethics, “The Girl Who Cried Pain: A Bias Against Women in the Treatment of Pain,” concluded that women were “more likely to be treated less aggressively in their initial encounters with the health-care system until they ‘prove that they are as sick as male patients.’”

It’s hard to argue with the Rothman Index’s seemingly objective detection system — Let’s just hope it helps level the playing field when it comes to providing quality patient care to everyone in hospitals.