Personal climate control and portable cooling systems are getting a great dose of innovation. Here are three new startup gadgets providing alternative ways to help keep you from overheating during the spicy summer days.

Geizeer is a personal air conditioner designed to cool a space as large as 12 square meters. It’s made of wood, a perfect thermal insulator, and is comprised of two shells and metal finishing frames. Internally there’s a rechargeable battery, micro USB with PCBs, a DC brushless fan, and an ice pack.

To use the device, the user simply needs to take the cooling elements (stored in the freezer) and insert them into the lower half of the cube. The user then overlaps the two halves and the device turns on. Opening, closing and activating Geizeer is just a lift and a twist. 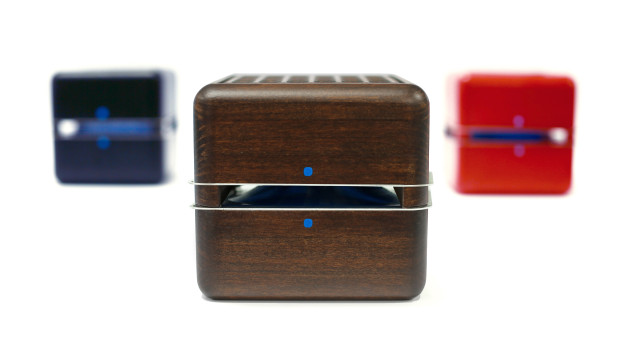 To generate cool air, a fan draws the surrounding air from the upper half  of the device. It then pushes the air downwards towards the cooling element, allowing it to drop in temperature before leaving the device.

In addition to cooling the room, the chamber in the Geizeer also contains a dedicated space for diffusers to enable a fragrant environment. The cooling capacity of the device is about 3 Celsius degrees for a very well insulated room of 12 square meters. According to the company, using it for the duration of 24 hours will have an economic consumption of 1 cent. The cooling elements have a duration of about 4 hours and can be reused.

Geizeer is currently available for pre-order via their Indiegogo campaign which has raised over $280,000 from over 1,800 backers. Pricing for Geizeer starts at $109 + Shipping and the estimated ship date is December 2016.

Evapolar is a “personal air conditioner” designed to lower the temperature of an area of 3-4 m2 by up to 15 degrees Celsius, lasting 6-8 hours on a single refill. The device is tiny 170*170*174mm and weighs 1,300g. Oh, and their crowdfunding campaign on Indiegogo raised just under $1 million from 5,244 backers.

The device works via the power of water evaporation; Evapolar uses an evaporative nanomaterial based on basalt fibers to absorb water and ensure intensive evaporation.

Rather than relying on Freon or other toxic coolants, Evapolar’s materials are easily recyclable and don’t do any harm to the environment. It’s also completely organic-free so that users don’t have to worry about bacteria which normally might spread in the cooler.

Evapolar is currently available via the company website for $179 and spare cartridges are $24.99 Their Indiegogo page is also offering a two pack of the Evapolar for $319. According to the campaign page, they’re fulfilling orders every seven days.

The AVAcore RTX is another cooling device, however rather than cooling a space, it’s designed to cool the core of the human body through direct contact with the arm and hand.

The science behind RTX revolves around the fact that as the human body gets hot, it starts radiating heat through the palms of the individual’s hands. By creating a slight vacuum, blood vessels close to the surface of the palm increase blood flow. A thermostatically controlled cooling pad pressed against the hand then rapidly removes heat and sends coolness to the core, eventually spreading throughout the body. 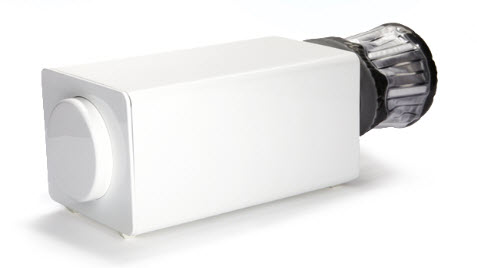 This kind of technology has been the subject of numerous research studies by entities such as the American Heart Association and Journal of Applied Physiology. It has also been used by numerous professional athletic teams, featured in The Biggest Loser, seen in movies, and also used by a handful of industrial companies.

The portable RTX is currently available for pre-order through their Indiegogo campaign starting at $249 (MSRP will be $399). The crowdfunding campaign, which wrapped up in September of last year, raised almost $160,000, which was 324% of the original goal. The CoreControl Pro is available on the AVAcore website for $995.