Besides a few financial institutions stuck catering to customers who were alive when the stamp was invented, and a whack of frenzied Bridezillas who think paper is pretty enough to warrant the whole 18 seconds a wedding invitation isn’t in my garbage bin, who really still mails stuff?

Since 2006, the total mail volume handled by the United States Postal Service has decreased almost 28%. Even email usage has gone down; the number of emails sent per day across the globe has dropped a dramatic 30% since 2010. Largely to blame for the dips are monumental advances in instant messaging technology, consumer software architecture, and data security.

But one of the biggest unspoken issues has been the fact that nobody has ever really wanted to send “letters” and “packages” to people in the first place. Regardless of the occasion or the motivation, at the end of the day, all we ever really want to send someone is a fucking piñata. The problem has always been a total lack of specialized support in the nuanced logistics and fulfillment requirements of piñata parcels. Well that problem is a thing of the past.

Piñatagrams is a Texas-based company that was founded in February of this year by a young trailblazer named Nathan Butorac. As the diagram below illustrates, the concept and the process couldn’t be simpler:

You visit the website, enter two addresses, two names and a personal message (250 characters or less), pay $19.99, and then the next thing you know: an LGBT candy-puppet shows up at someone’s door, and that someone ends up loving you “forever” (or at least until they smash the thing’s guts out and get sick of Tootsie Rolls). 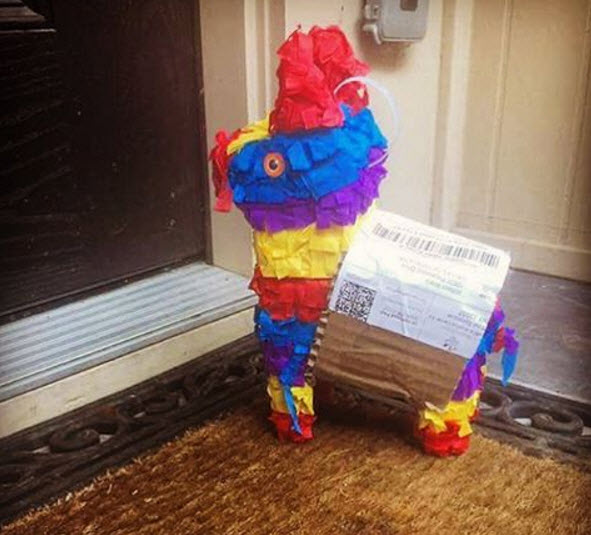 The company has decided not to offer an anatomically comprehensive piñata, so all Piñatagrams are shipped “naked” (i.e., without a box), with US deliveries generally arriving between 3 and 7 business days after purchase, and international deliveries taking upwards of 10 days, depending on the destination and whether or not the word, “Colombia” is written anywhere. 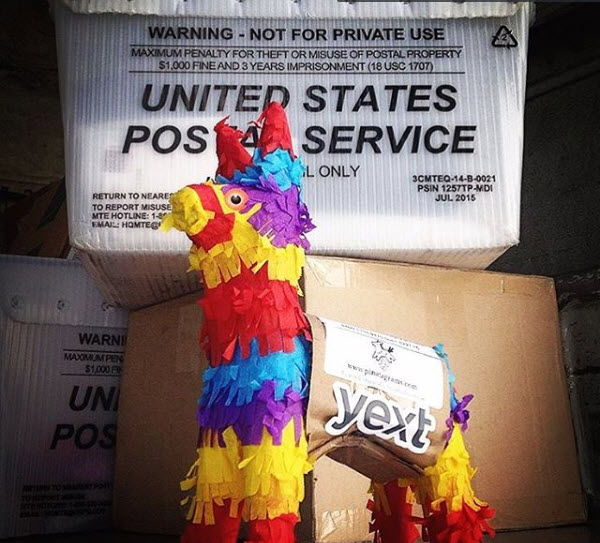 At the moment, if you order a Piñatagram (AND WHY THE FUCK WOULDN’T YOU), you have no choice of character or content; the object is always a creepy llama fetus, and the “Candy Mix” lodged in its mâché intestines is limited to a chef’s selection of Starburst, Skittles, Laffy Taffys and “assorted hard candies.” As the company grows, we can assume that additional options will be introduced, like Presidential Candidates and figure skaters, as well as filling choices like M&Ms, gazpacho and tartare.

So the next time you consider sending someone a letter or a card, or you consider texting or emailing, or you even consider opening your mouth to say something to anyone, just don’t bother. Stop what you’re doing, shut up, and mail them a piñata instead. You finally have no excuse not to. 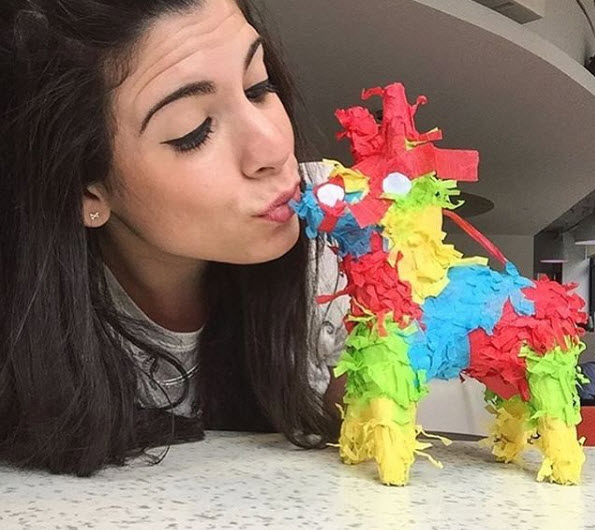