If the thought of getting a tattoo scares you, I don’t blame you—there’s so much that can go wrong. Even a beat-down artist like Brock Lesnar likely harbors some regret over the sword (read:penis) tattooed straight up the middle of his chest. Or maybe he doesn’t—he’s Brock effin’ Lesnar. But for the rest of us, getting inked needs to be a decision into which we put much careful deliberation. Now, part of your deliberation process, as with so many other things, could rely upon your smartphone. Specifically, an app called InkHunter that uses augmented reality to help you test out your tats.

Created by Pavlo Razumovskyi and Oleksandra Rohachova of the Ukraine, the application gives users an easy way in which to preview tattoo designs on their body using augmented reality. The app launched initially on iOS. An Android version came out of beta last week and managed to rack up 100,000 installs within five days of hitting the Play Store.

The tattoo preview process is much less painful than the real thing. First, InkHunter requires what looks like a little square smiley emoji to be physically drawn over the region where you’re considering getting the tattoo; this is done to help the app locate the spot correctly and orient the design in the appropriate manner. Once you’ve done that, you aim your camera over the emoji and the app does the rest. 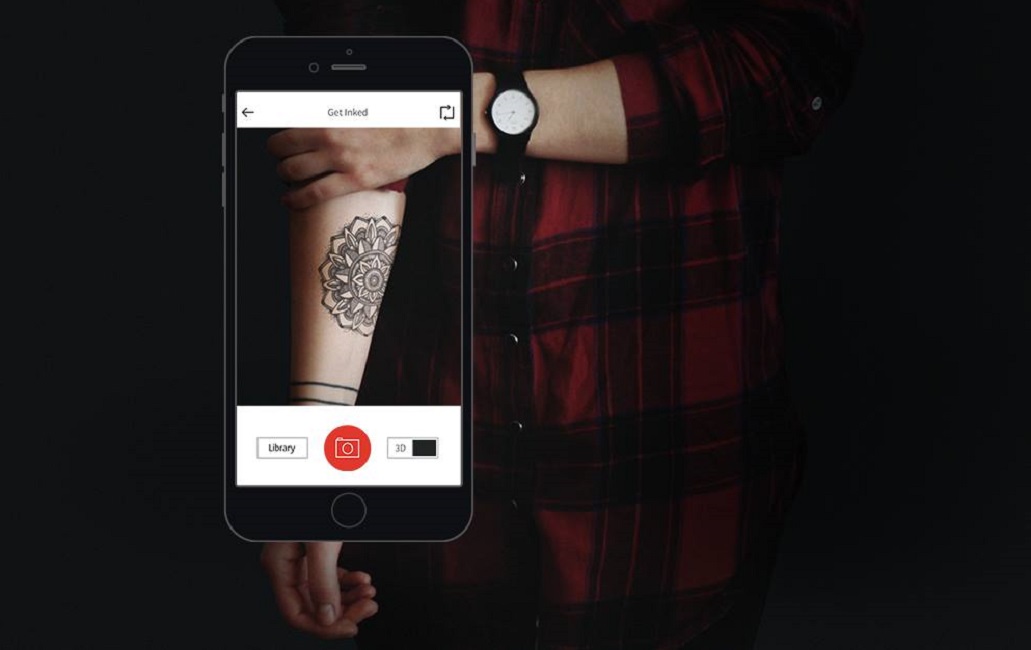 Users have two choices while picking designs to test out using InkHunter. The first is to use the ones included within the app itself. There’s a pretty extensive gallery of tattoos featured in InkHunter’s repository, ranging from Marvel heroes and Pokemon to more abstract illustrations. The artwork on offer is pretty cool and all, but many tattoos tend to be of personal significance, so you might want to use a design you made yourself, or got commissioned by an artist. To allow users to test those out, InkHunter has a “My Tattoos” tab, which lets you upload an image from your gallery.

Once the tattoo has been overlaid on your skin in augmented reality, the app gives the option of resizing it. You can also apply a black/white filter so that you can check whether a tattoo looks better in color or monochrome. Finally, you can take a picture of the virtual tattoo and save it to your gallery, perhaps to show to the artist who eventually performs the work, or to share it on social media for feedback (you aren’t friends with your mom on Facebook, are you?). 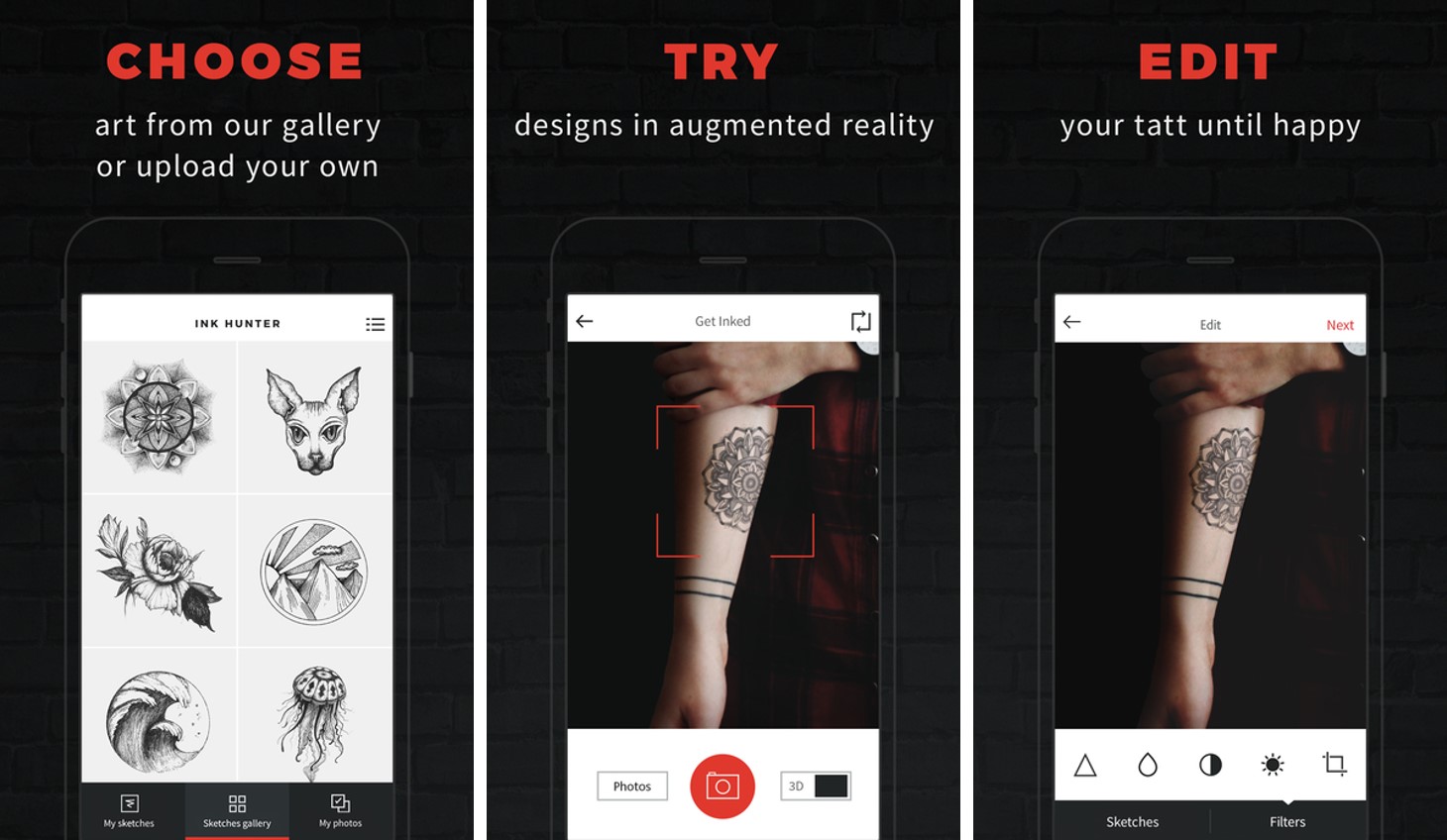 I gave InkHunter for Android a spin and it works really well. The app is quick to recognize the physical emoji drawing, and the overlays look pretty realistic. It has almost 2,000 5- and 4-star ratings on the Play Store, so a lot of other users seem to be digging the concept and the execution as well. This is definitely one of the cooler applications of augmented reality we’ve seen and one that hasn’t really been tapped into by other companies and developers.

InkHunter was part of the Entrepreneurs Roundtable Accelerator based out of New York; as part of its stint there, it raised $40,000 in seed funding. With any luck, as the slogan suggests, the app will encourage more people to think before they ink. Where were these guys when every college girl in North America got stamped with Koi Fish in South East Asia?