What does it take to reinvent the condom? 70 years of capitalism? The Bill and Melinda Gates Foundation and a few billion dollars? How about an Indiegogo campaign and Charlie Sheen?

Yep, that should do it. And by, “do it,” I mean raise just shy of $400K. The campaign wraps up tonight with a rock-solid bankroll from over 15,000 (anti-bare)backers (#SoManyPunWins).

Condoms Finally Got Some Love

On June 13, the reimagined LELO HEX condom hit Indiegogo with a video testimonial from Charlie Sheen, who recently divulged his own battle with condoms. I mean HIV. “The condom hasn’t changed for 70 years,” Charlie Sheen declares, “Until now.”

If you feel uneasy trusting a condom testimonial from a man whose sexual history resembles The Great Khan’s, LELO included a reassuring disclaimer:

“We know Charlie may be a divisive choice for many, but it’s also a bold one, and in the fight against STIs we need to make an impact.”

And lest you think Charlie Sheen is the only strange millionaire in this equation, here’s Swedish founder Filip Sedic wielding his condom on top of a toy lightsaber. 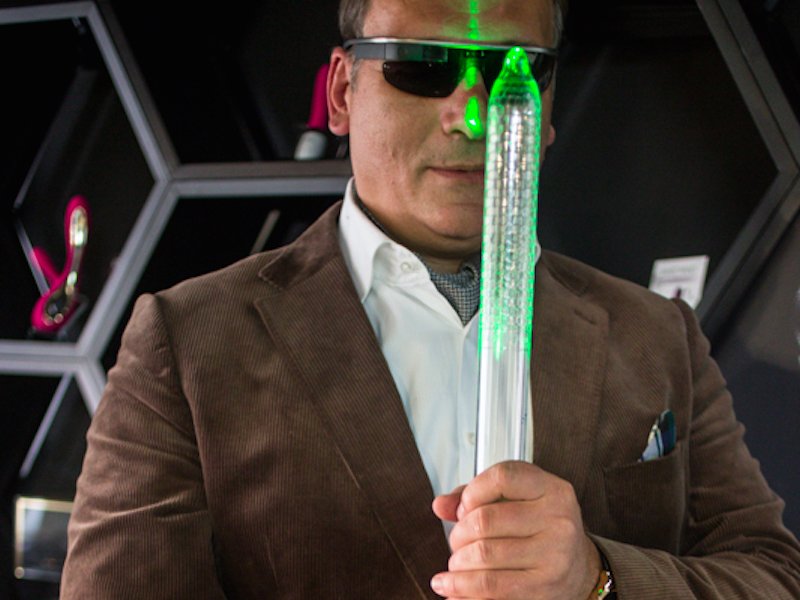 The secret to the HEX condom is its design. In addition to latex, the condom has a hexagonal scaffolding made from the strongest material known to science: graphene. It’s the Wolverine of condoms, with the real-world equivalent of an adamantium skeleton. 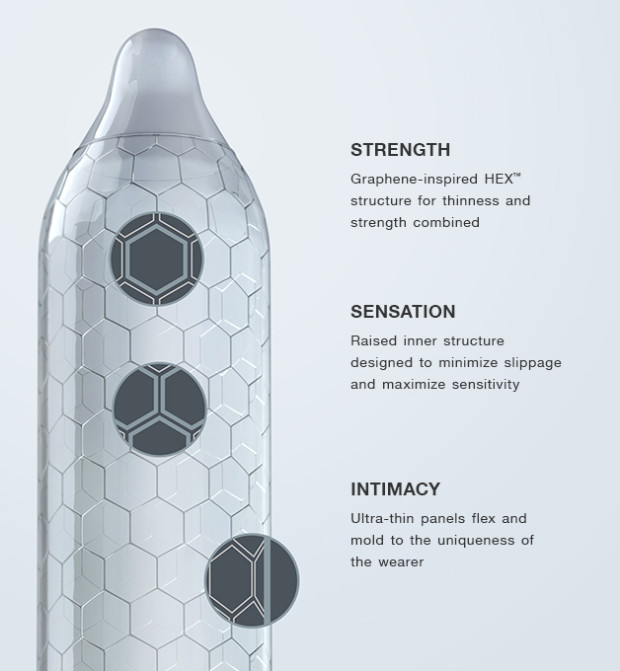 The HEX graphene’s hexagonal shape mimics the honeycomb patterns found in nature. Evolution proves time and time again that this design is strong, symmetrical, and flexible. In a condom, these compartments can actually mold and conform to the user. The graphene is also raised on the inside to prevent slippage. That means it’s ribbed for my pleasure—BIG selling point.

Dear God that’s hard to watch. But I get the message: if you like having sex while crocheting a scarf, you need this condom.

Reload For Round Two

This isn’t the first time millionaires have tried to create the Condom of Tomorrow. In March of 2013, the Bill and Melinda Gates foundation called for new ideas, eventually nominating 11 condoms that demonstrated forward-thinking design. Some of them used nanomaterials, like the graphene found in HEX. Another inventor used a life-like elastic polymer called superelastomers derived from left-over cow tendons. It’s an ironic return to the “leather condoms” our ancestors used.

The Gates Foundation also nominated a condom that emphasized easy application by turning their rigid packaging into a set of handlebars. This idea had already gone viral several years beforehand, and I’ve personally tried to order them unsuccessfully for a while. They’ve since gone out of business. Like many of Gates nominations, they aren’t easy to find or buy.

This is a good reminder for why we need narcissists and capitalists. Sheen and the team at LELO HEX condoms took some of the best ideas from the Gates Foundation’s important work—namely the graphene—and marketed the hell out of them. By campaign close, HEX will have raised around $390,000, and according to them, will have facilitated a noticeable uptick in the positive analytics around safe sex conversations. Perhaps most importantly, I can actually buy them, and they’ll arrive sometime in August. They also offer discrete shipping, since for some reason condoms are still a shameful thing to order.

Hopefully products and conversations like this make it less shameful because STIs are on the rise. According to the World Health Organization (WHO), 1 million people contract a sexually transmitted infection (STI) every day. There are also sexually transmitted individuals (a.k.a. Babies) to worry about. The Center for Disease Control (CDC) found that 49% of total births were unintentional.

Whether or not a slightly more effective condom will persuade that 49% is anyone’s guess. And I’m anyone, so my guess is probably not. In order for a revolution on par with The Pill to happen, it has to be even easier.

Vasalgel is one company that’s thinking outside of the latex box. They’ve been working on a male contraceptive that is currently in human trials. It’s a reversible, non-hormonal polymer that blocks the vas deferens; plugging the hole instead of covering the hose. A procedure like this would last for years, reducing the number of critical decisions you need to make on your way to the bedroom. Because let’s be honest: we’re not exactly reliable in those moments. 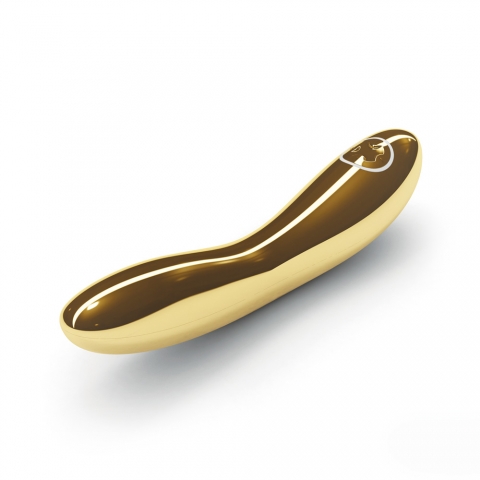