When it comes to most apartments, renters and owners tend to sacrifice most of what they want for practicality and functionality in a limited space. To help millennials and other residents make the most of their square footage, functionally and aesthetically, researchers with MIT recently created a new furniture line known as Ori.

Ori derives its name from “origami” which is the Japanese art of folding paper to create beautiful and remarkable objects. The system is inspired by the trend of large interior spaces in high-density areas becoming too expensive, while smaller spaces are largely inefficient and unsustainable.

The system was created by Swiss product designer Yves Béhar, founder and CEO of Ori, and research scientist at MIT, Hasier Larrea. Both were heavily focused on changing the experience and economics of the urban environment. Rather than working on piecing together different furniture components, Ori is simply a single unit. It is constructed of a variety of shelves, hooks, sleeping structures, sitting structures, working structures, and other components that can be configured by the user and then moved and arranged with a single finger.

By using robotic and scalable mechatronics, Ori units are able to move and glide with the push of a button. The controls use motion sensors to light up and there’s a variety of pre-defined settings for the furniture. The user simply chooses the arrangement they’re looking for, and the Ori automatically adjusts itself automatically. Although the units have pre-defined configurations there’s a companion mobile app which enables users to reconfigure the unit from virtually anywhere in the world. 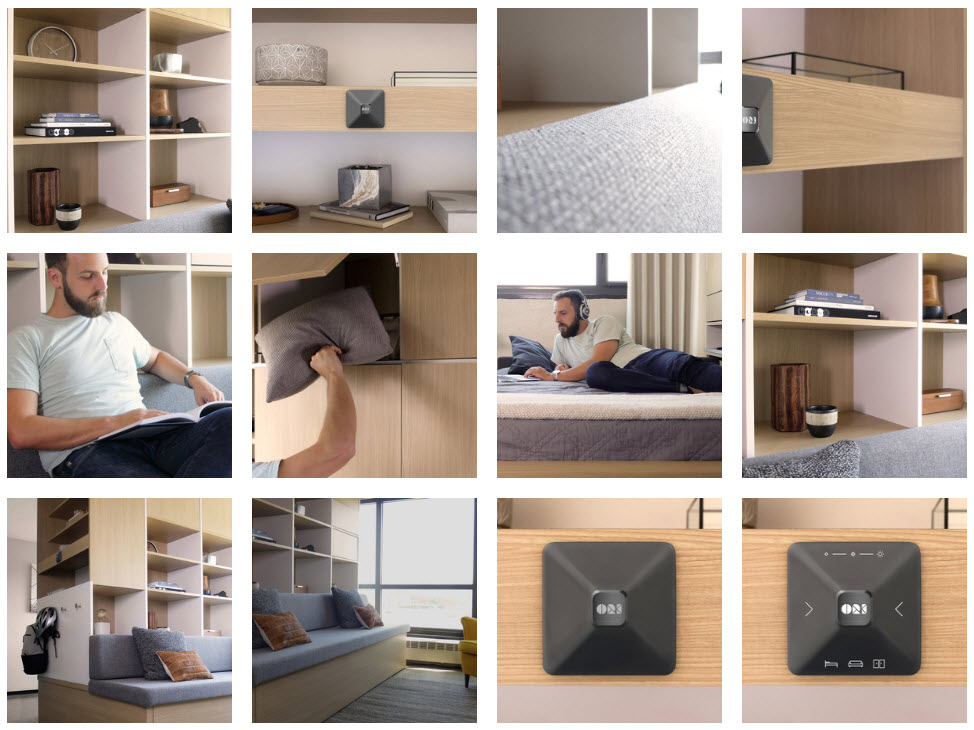 The Ori Full System is designed for full-scale bedrooms, offices, and living rooms; it includes a retractable full-size bed, a work desk, a closet with abundant space and a full console/cadenza for a living room.

The Ori Queen System turns a living room into a bedroom, walk-in closet, or an office, all connected to any smarthome ecosystem. This version of the Ori features a sliding queen size bed with a closet, office, couch, and a significant amount of storage space. 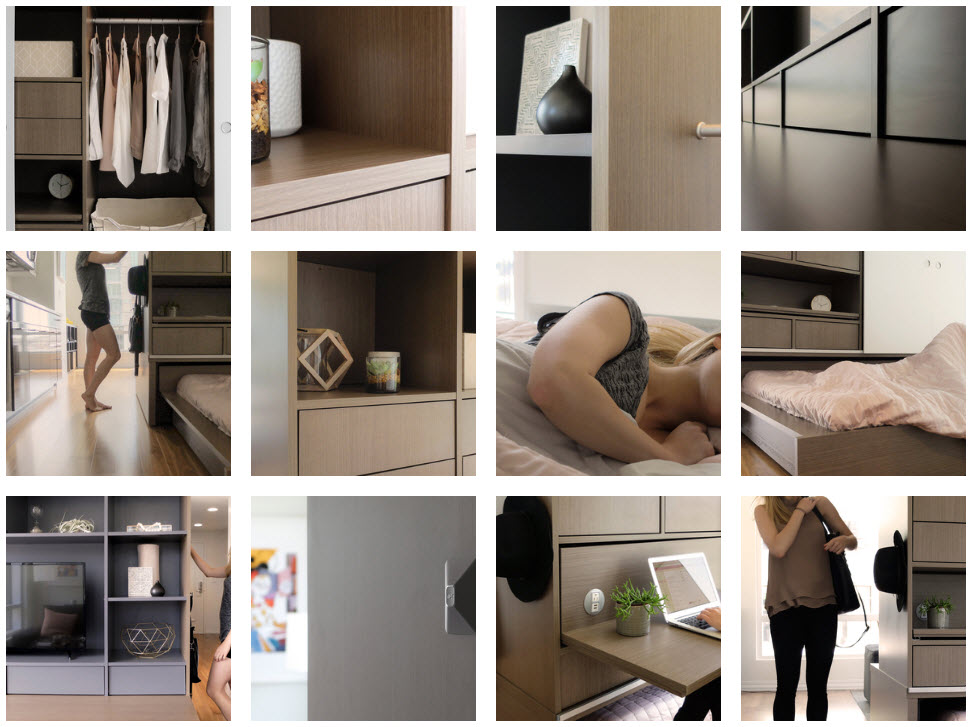 The debut Ori system is expected to be available in early 2017. The design is primarily engineered for one bedroom apartments. In a conversation with Architectural Digest however, Larrea mentioned, “We are starting with an initial family of designs, but you can imagine how there could be virtually endless design possibilities that could be empowered by our technologies.”

In addition to Ori, MIT has been exploring numerous other possibilities regarding the future of living. The MIT Labs Changing Places division is an entity devoted to developing technologies to help cities adapt to increasingly large populations.