What comes to mind when you think about robots in the sky?

Some sort of freaky “Big Brother” surveillance? The sequel to Minority Report? Skynet from the Terminator series?

If you’re like most people, you probably feel a little uneasy about robots zipping around overhead, snapping photos and capturing video. We don’t want our privacy or personal space invaded by flying androids.

It’s not like you have anything to hide. Right?

But Skycatch is making robots in the sky seem a little less freaky.

Say you’re a construction manager and you want to stay up to date on a particular job site. Skycatch can deploy a UAV to the job site and begin sending you high-quality, high-resolution videos and photos instantly. The videos and photos can be annotated, and 3D volumetrics can show you exactly how many cubic meters of gravel are in a particular pile. Heat maps can show you where activity is primarily centered. 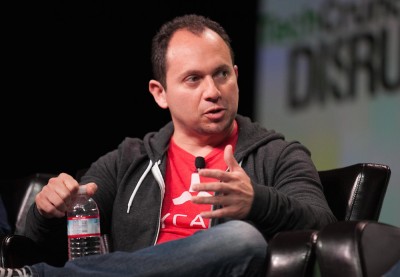 We can take in $2 billion from just the construction industry alone. One job site could cost a company a few billion dollars. If you can shave a few days off their costs, it’s huge.

If you’re a produce farmer, you can use Skycatch to stay up to date on how particular fields are performing or what equipment is being used at a particular moment. Solar farmers can utilize Skycatch to eliminate manual walkthroughs and diagnose problematic panels.

Are we in Star Wars?

Skycatch UAV’s were recently used in Nepal by engineers seeking to preserve and repair monuments hurt by earthquake damage. As reported in “National Geographic”:

Meanwhile, the California-based company Skycatch is flying drones above cultural heritage sites to provide engineers, planners, and donors with a clear view of the damage. The company’s CEO, Christian Sanz, sent a team with two drones to Kathmandu days after the first quake, and later donated a total of five drones, computers, and training sessions to UNESCO and the Ministry of Culture’s Department of Archaeology.

Yes, the idea of robots in the sky seems a bit ominous. But Skycatch is doing everything it can to use those robots for good. And investors agree that Skycatch is riding the wave of the future. To date, the company has raised $46.7 million in funding.

Maybe Big Brother is nicer than we think.