Did you know that there are hundreds of earthquakes occurring every day? According to the Incorporated Research Institutes for Seismology, magnitude two and smaller earthquakes (ones you don’t feel) occur 700 times per day across the globe. Major earthquakes (greater than magnitude seven) occur more than once per month. Extreme earthquakes, magnitude eight or higher, occur about once per year.

While they often occur, there’s still no effective way to predict or warn people about the disasters. In many cases, alert systems only provide people seconds to brace for the impact. To solve this problem, researchers at the University of California Berkeley Seismological Laboratory are using the wisdom of crowds, and the technology of smartphones, to gather essential data to minimize the damage from earthquakes. 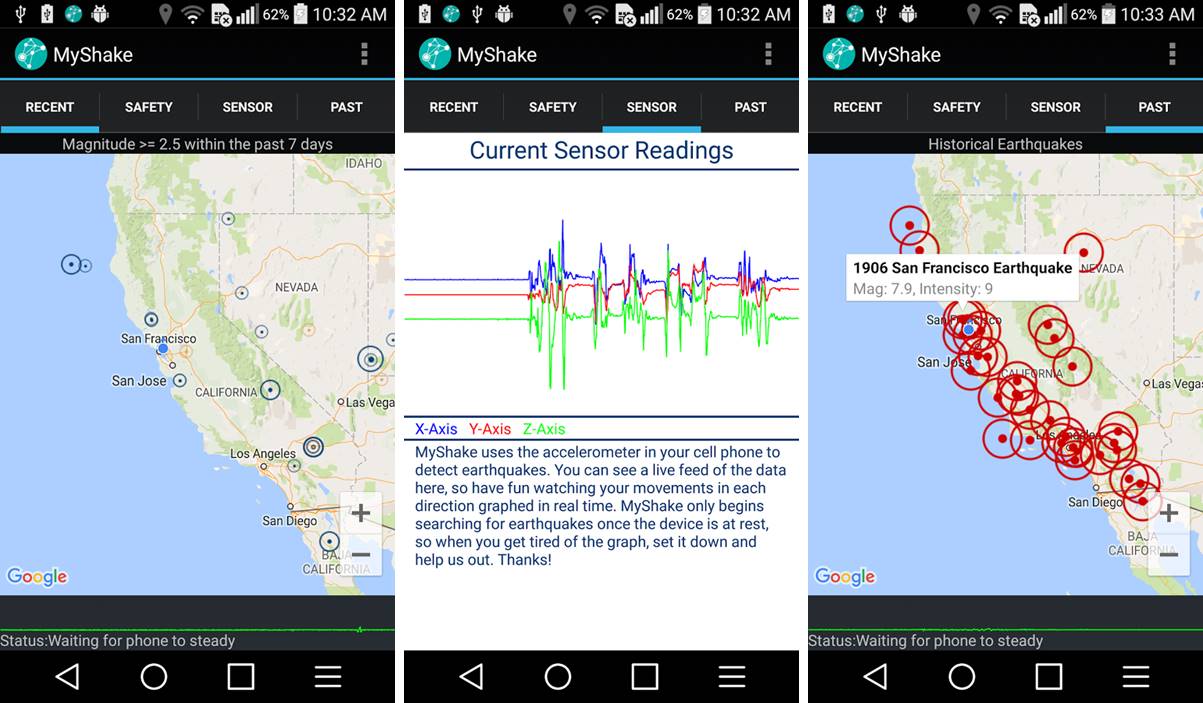 Have you ever used an app to track where you go, the elevations of where you are, or the speed you’re going? The MyShake app uses the same exact hardware to turn your phone into a seismic monitoring station. At the core, the program uses your phone’s accelerometer – the chip which measures your speed – to log all movement and vibrations.

In order to confidently detect earthquakes, the app continuously monitors the phone’s movement for shaking. Over time, through continuous learning, the application becomes better at distinguishing earthquake activity from normal human movement (header image above). The data is instantly relayed to Berkeley central servers and if a minimum threshold is met for the number of phones detecting the same nature of movement within a particular radius, an alert will be triggered.

The algorithm powering MyShake was built by programmers in Telekom Innovation Laboratories (T-Labs) operated by Deutsche Telekom, owner of T-Mobile.

At this time, in order to be totally effective, there needs to be 300 smartphones within a 110-kilometer-by-110-kilometer area. With enough people, alerts can be sent in less than a second.

Richard Allen, the leader of the app development mentioned in a press release that the app isn’t intended to replace traditional seismic networks run by the U.S. Geological Survey, UC Berkeley, the University of Washington and Caltech. The goal right now is to develop the app to a point where people miles away from the quake can receive alerts before the shockwaves hit them.

MyQuake currently only registers earthquakes of magnitude five or higher (ones that cause damage) within a range of 10 kilometers. For many developing regions this may turn out to be the best option they have.

You can download the app on the Google Play Store. 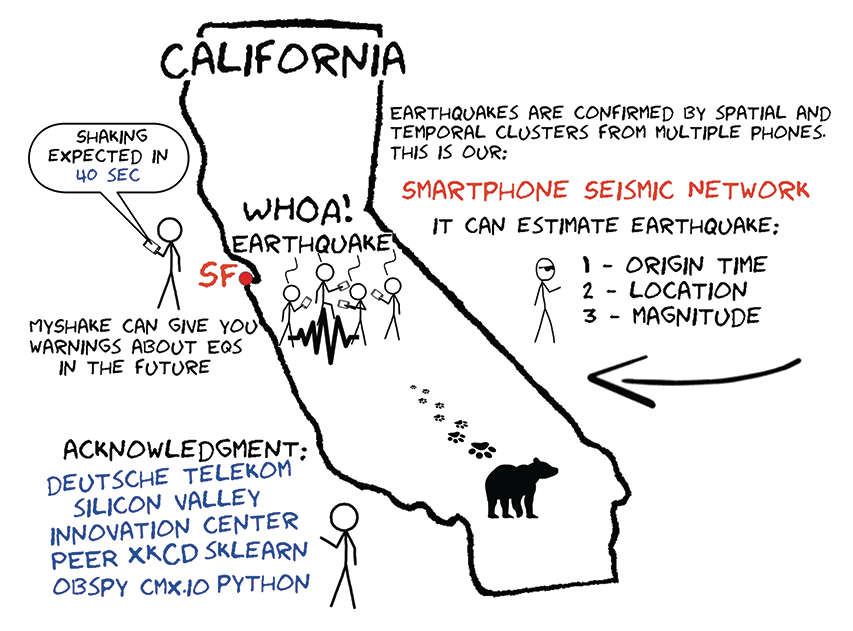