I feel like 90% of my day consists of reminding my kids to clean up, get their pajamas on, brush their teeth, stop smearing Nutella on the cupboards, stop licking my iPad, etc. I love them, but by the end (or middle) of the day I feel like I’m ready to start guzzling Scotch. Octopus, from January-launched startup Joy, is a new icon-based smartwatch for kids, and it might just help keep the cork in the bottle.

The watch, in sync with a parent-controlled smartphone app, is designed to help irresponsible little tyrants learn good habits and the concept of time. They call it the “anti-smartwatch” because it doesn’t offer layers of distractions like standard smartwatches, and when you boil it down, it really only does a few things. Hopefully a few big things.

The concept certainly seems to have struck a nerve; after raising $100,ooo in seed money in January, they’ve already raised $650K through a Kickstarter campaign, and they have another week of funding left to go. From a parent’s perspective, I can understand the enthusiasm.

The watch connects to a smartphone app via Bluetooth. Within the app, parents can schedule tasks and activities for the children, such as brushing teeth or eating breakfast. The app offers over 600 icons that can be assigned to the tasks. 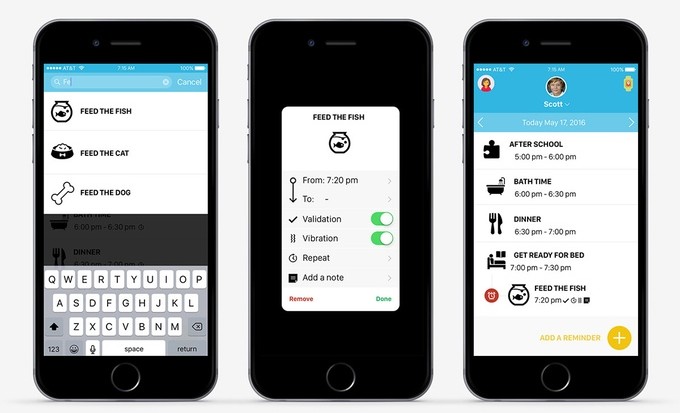 When the appointed time arrives, the watch buzzes and shows an icon of the activity along with a digital display of the time. This allows young children to understand how time connects with their daily routine and allows parents to (attempt to) keep their kids on task. 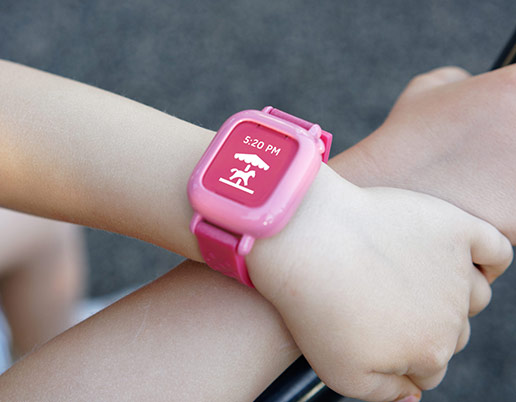 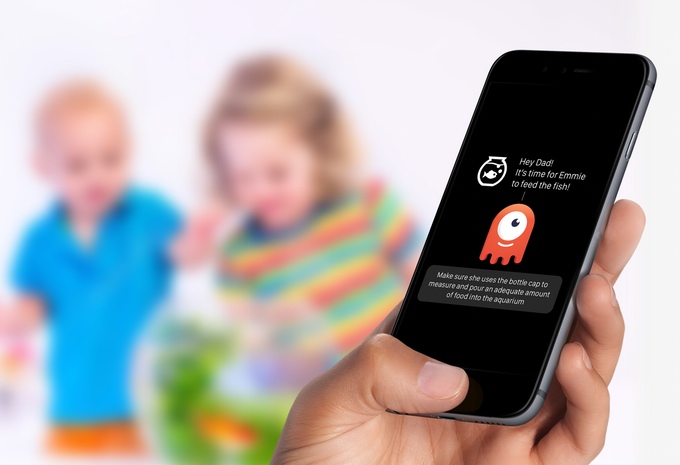 Octopus is primarily geared toward children ages 3-8, and can change as your child grows, moving from icons, to just a digital clock face, then to an analog clock face. 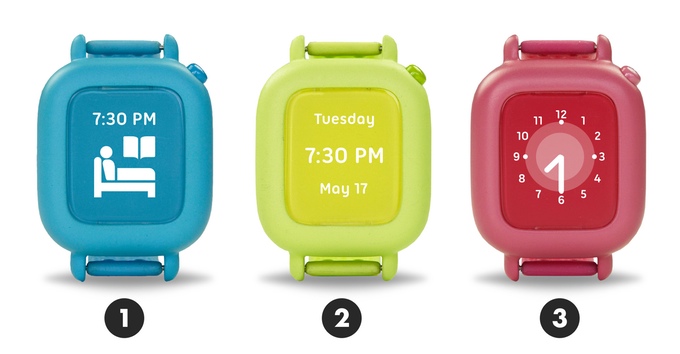 The watch also offers a gamification mode in which kids can unlock badges and rewards created by their parents. As someone who has created multiple sticker charts to keep track of my kids’ behavior and accomplishments, I see this as a huge plus.

Octopus can also be used to help children with special needs. As they say on their Kickstarter page:

Children with special needs often require frequent prompting to complete tasks. Instead of getting in a shouting match, use Octopus as a tool for repeated prompting. Your child gets the prompts they need, parents retain their sanity, and the whole family is happier. Octopus can be used by parents in tandem with therapists, psychologists, and teachers to provide a reliable and comprehensive scheduling tool that is adept at maintaining consistency across settings.

Joy has also created a “companion” charging station that also functions as a nightlight. 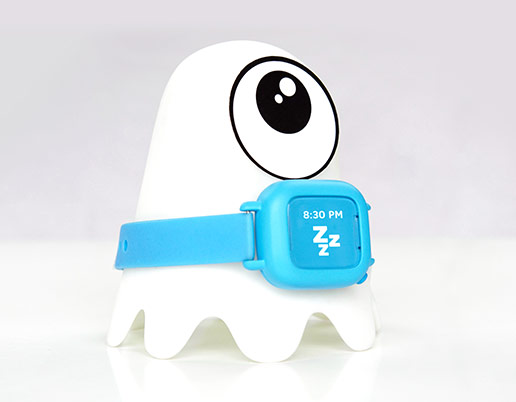 To speed up development and cut down on costs, Joy applied to and was accepted at HAX, the world’s first and largest hardware accelerator. This allowed them to rapidly prototype and then bring the watch to market. Octopus is expected to ship in March of 2017.

There are already numerous smartwatches for kids, which isn’t surprising given that the wearables market is a multibillion dollar industry (expected to reach $14.9 billion by 2021) and tech is getting into tiny hands at consistently decreasing ages – one study showed that in UK households owning a tablet, one third of kids under the age of 5 had their own. Despite the existing competition, two things set Octopus apart. First, as noted, it’s not really a smartwatch, and that’s great because I don’t want to my kids staring at another “screen” – I appreciate that Octopus doesn’t offer games or chat. Second, Octopus is designed to accomplish two very specific functions: helping kids build habits and understand time.

With over 6,000 backers on Kickstarter, this is clearly something that resonates with many parents. Most of the beginning rewards are already taken, but if you’re similarly excited about Octopus, you can still get a watch and charging cable for a pledge of $69.