Sometimes it’s easy to hide the fact that you (read: “I”) have two left feet and the grace of a baby giraffe taking its first steps. At other times, you show up at the 1996 Democratic National Convention and have your maladroit Macarena rendition recorded for all posterity to see:

Ok but the 1996 DNC was lit pic.twitter.com/nuHp1lBND8

Either way, it’s probably a good idea to work on your dancing skills. Apart from being downright sexy, it has been shown to enhance cognitive functions and can be a fun way to get some exercise. Rhythm attempts to turn the most clumsy among us into the deftest dancers using just a pair of smart shoes and an accompanying mobile app. 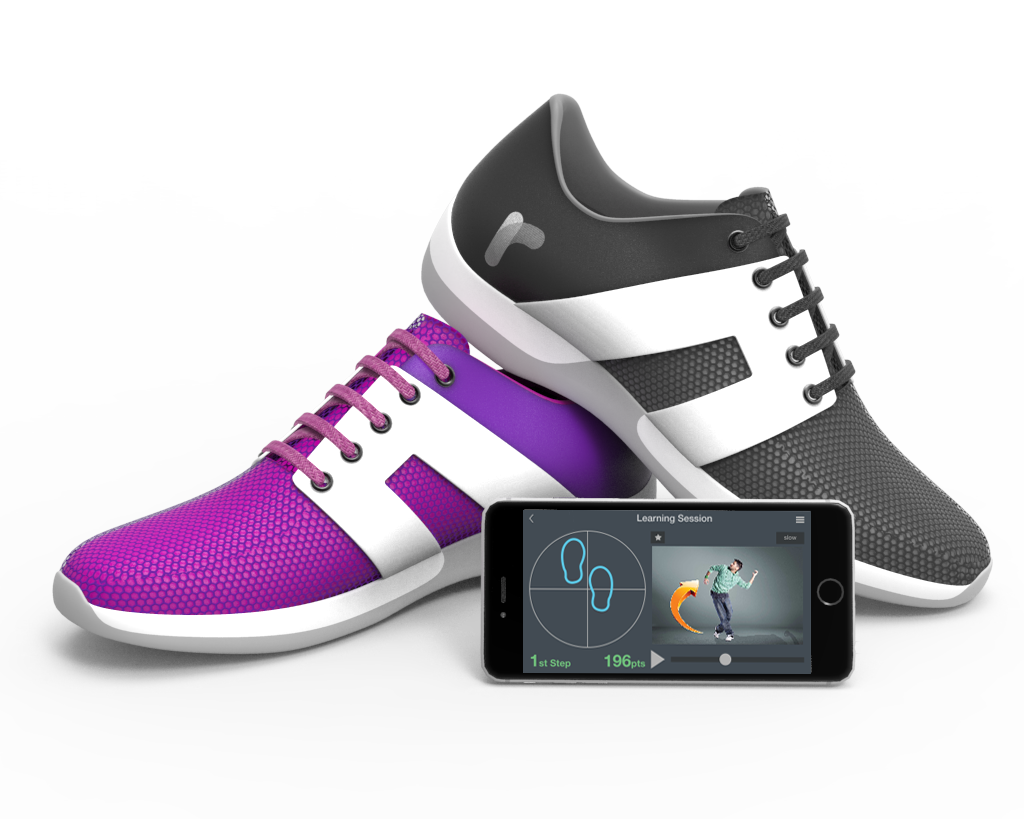 All you need to do to get on your way is slip on the shoes and pick a lesson in the app. Once the choice has been made, the shoes take over, using sensors built into different points in the shoes to guide your movement. The sensors vibrate to direct the motion of the feet depending on the the kind of choreography you’ve chosen to practice. Gyroscopes and accelerometers in the shoes act as the feedback mechanism, tracking your movements and sending them up to the smartphone app over a Bluetooth connection.

Meanwhile, the app displays a visual lesson to illustrate the upper-body movements that are part of the routines. The app uses data drawn from the sensors to study users’ progress and suggest changes in their technique. There are also live classes conducted by expert dancers to supplement the lessons that are already on the app. 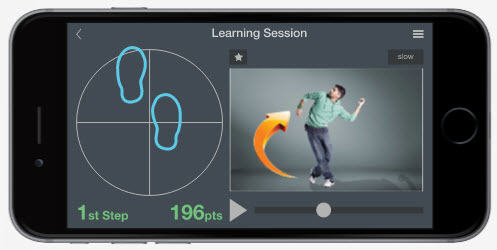 The app comes pre-installed with dance tutorials, and works in tandem with the shoes. It covers a variety of dance forms including the Bachata, Breaking, Hip-Hop, Jazz, Tango, and Waltz. There are also separate categories for solo and couples dances.

Rhythm has a few ways to keep users stimulated through the learning process. The first is using a progress tracking dashboard similar to the kind that fitness wearables offer. Data such as performance rate, steps executed, calories burned, and time spent dancing are all recorded and visualized in the form of charts each week.

The entire process is gamified; learners are given badges for achieving certain milestones. Additionally, there’s a social element to the Rhythm experience; users can set up profiles, record themselves busting a move, find dance partners, and share their progress with friends from within the app.

Rhythm’s smart dancing shoes are yet to launch, but you can reserve a pair on their website. They’re doing a giveaway right now offering participants a chance to win one pair of shoes each week till they launch in about a month.