f you’re the kind of person who prefers the leisureliness of messaging to the potential awkwardness of a phone call, there’s a virtual smorgasbord of options available to you on app stores. But as much as messaging apps can make staying in touch over text fun and convenient, the intimacy of a phone call is hard to match. J.K Simmons alluded to this in his Oscar acceptance speech when he said, “If you’re lucky enough to have a parent or two alive on this planet, call ’em. Don’t text. Don’t email. Call them on the phone.”

iOS application Unmute combines the existing goodness of actual conversation along with features that make the activity of a phone call more fun and more social. It does this by broadcasting phone calls live, so that anybody who has the app or the weblink can listen in on conversations. Besides being able to “eavesdrop” on these phone calls, users can interact with the rest of the participants by sharing comments and photos. Calls can last a maximum of 18 minutes, and can be shared across social media and archived to be posted later as podcasts. 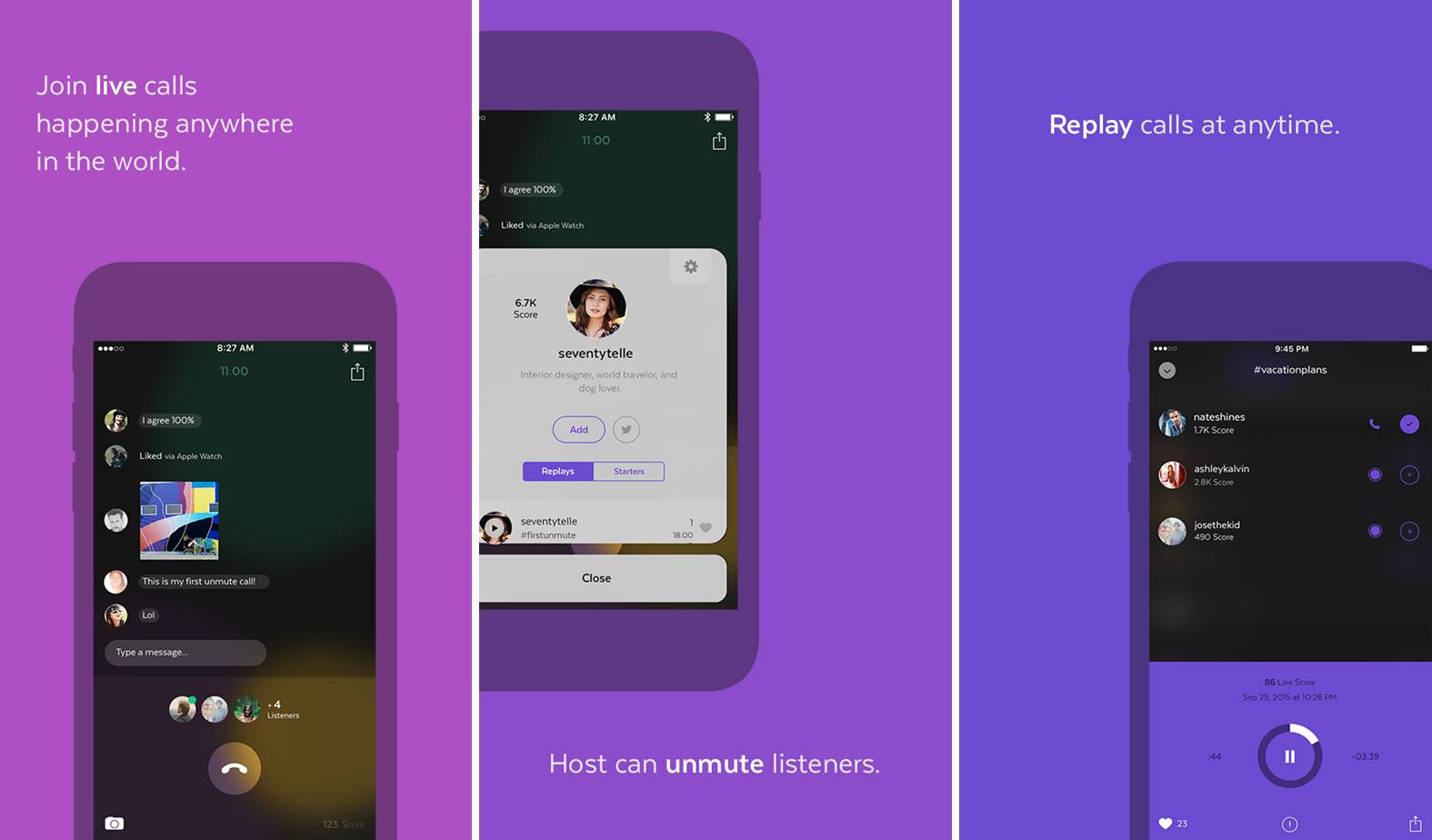 So far, Unmute sounds like an audio version Meerkat or Periscope. But that’s not all. What’s really cool about the app is that the people conducting the call can choose to unmute certain listeners, so that anyone listening in can become part of the conversation themselves.

This feature opens up a whole world of possibilities. It’s possible that celebrities and influencers across different fields will be interested in engaging with their fans and followers using Unmute; imagine being able to listen in on Snoop Dogg’s pot-addled ramblings as they occur and maybe even get asked to throw in your two cents / ounces. Going forward we may see AMAs (Ask Me Anything), a format popularized by Reddit, being organized via this app.

Besides that, it might also be a way for us normal folk to recreate the conversations of social gatherings, which start off modestly with two people, but become lively and dynamic as more people – new acquaintances – join in. Kind of like being at a bar, on your phone.

Unmute has already hit some important milestones since its launch in November 2015.

The first one came when it was featured on Apple’s list of best new applications almost as soon as it launched. Unmute then made it to the top of Product Hunt’s front page, which is a proving ground for any new app or service. Finally, the app raised $2.2 million in seed funding in a round that saw participation from David Stern (Commissioner Emeritus of the NBA) and The Walking Dead creator Robert Kirkman.

Unmute has found a way to combine the voyeurism of streaming services like Periscope with a form of engagement we’re not used to seeing. Already, the app has hosted calls with Bellamy Young from the TV show Scandal, and a conversation between an entrepreneur in Texas and an aspiring developer in Iraq. As the app finds more users, there’s sure to be more interesting and wide-ranging conversations to listen in on…and maybe even join.