Before we were swapping wives and jobs and lives on reality TV, we were watching people swap homes. House swapping is an offbeat form of travel accommodation that’s been around since the 1950s, long before collaborative consumption was cool. It has become a lot easier to organize the exchanges now, thanks to the Internet and services like Love Home Swap.

Love Home Swap is a platform on which people can list their property and find someone in another part of the world who’d like to swap homes with them for a while. If two users are able to sync their travel dates and locations, they can swap homes simultaneously in a process called a Direct Swap. While that is the ideal case, swaps don’t always have to be one-to-one; you can book a house when it’s available even if you’re unable to give your own out at the same time.

Users who cannot conduct a Direct Swap can loan their homes out in exchange for what are called, Swap Points. So if you’re away, say, on a business trip while your home is being used by a Love Home Swap member, you begin to acquire points which you can redeem when you need to book a home on the platform at a later date. Users are allowed to decide how many Swap Points they’d like to charge for every night their house is used. 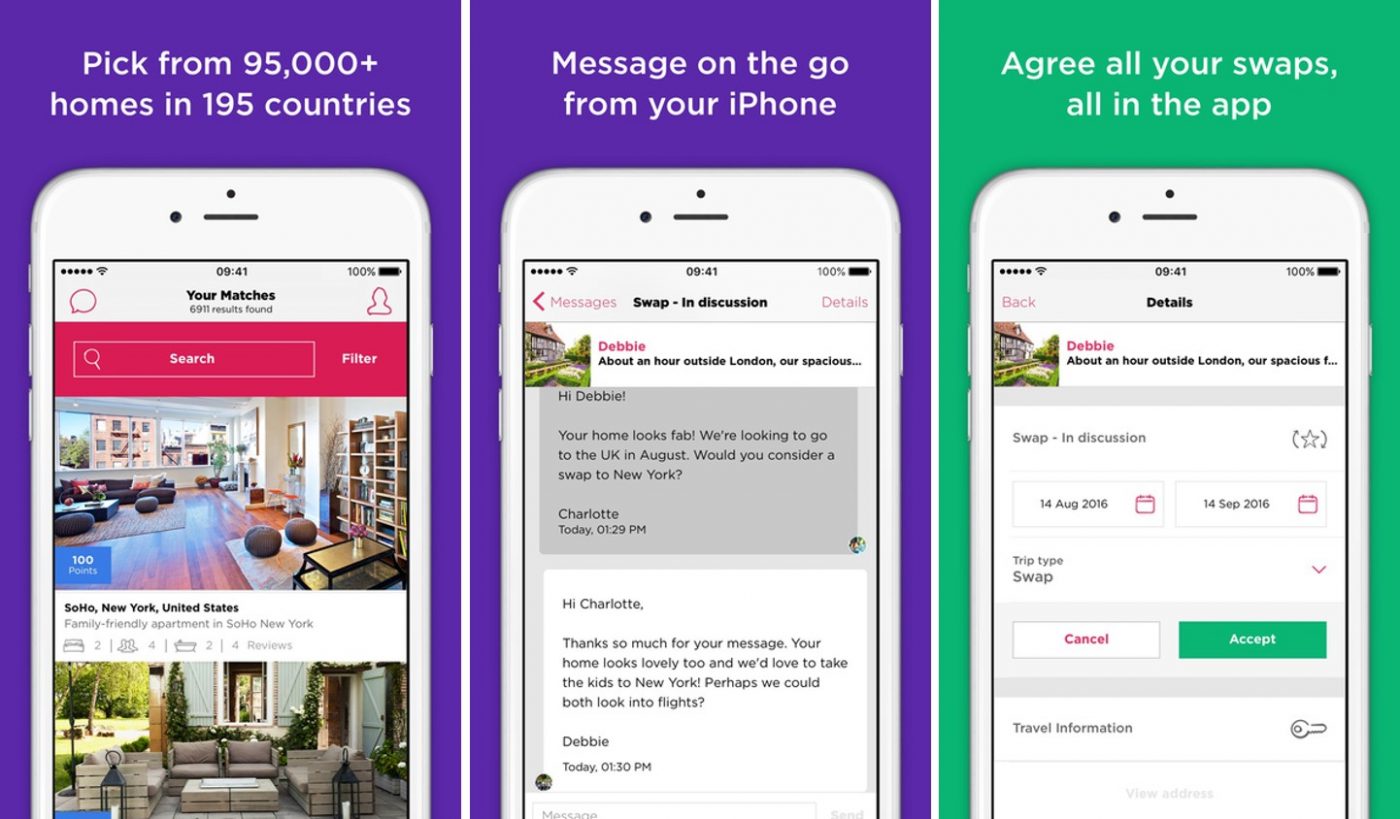 The service currently hosts more than 95,000 listings spread out across more than 90 countries, so there’s a whole lot of locales and property types from which to make your pick. Membership packages start at $20 a month and run up to $34 a month for the Platinum package. Their recently released iPhone app helps simplify accessing the listings and organizing swaps. Users can message each other securely from within the app and use it to complete deals.

The obvious concern potential users have is the “safety” of handing over the keys to a stranger from across the world (not dissimilar to Airbnb). Love Home Swap takes a few steps to allay such fears. The first is by signaling which users have verified their identity on their profiles on the website; Swappers can agree on a security deposit amount to insure against damages; there’s also the option of putting down an additional $79 for a Trip Protection package which covers users for up to £5000 (~$6500).

The platform competes with industry veterans like Home Exchange and Home Link as well as newer entrants like Knok. They’ve managed to brush off a part of the competition by acquiring it; Love Home Swap bought Dutch startup, HomeForExchange in 2015 and 1stHomeExchange in 2013. With a healthy amount of investment and 95 percent positive customer reviews in the bag, the service seems set to take on the lucrative business of helping people find their home away from home, while making their home someone else’s home aw—ah, whatever, you get the idea. 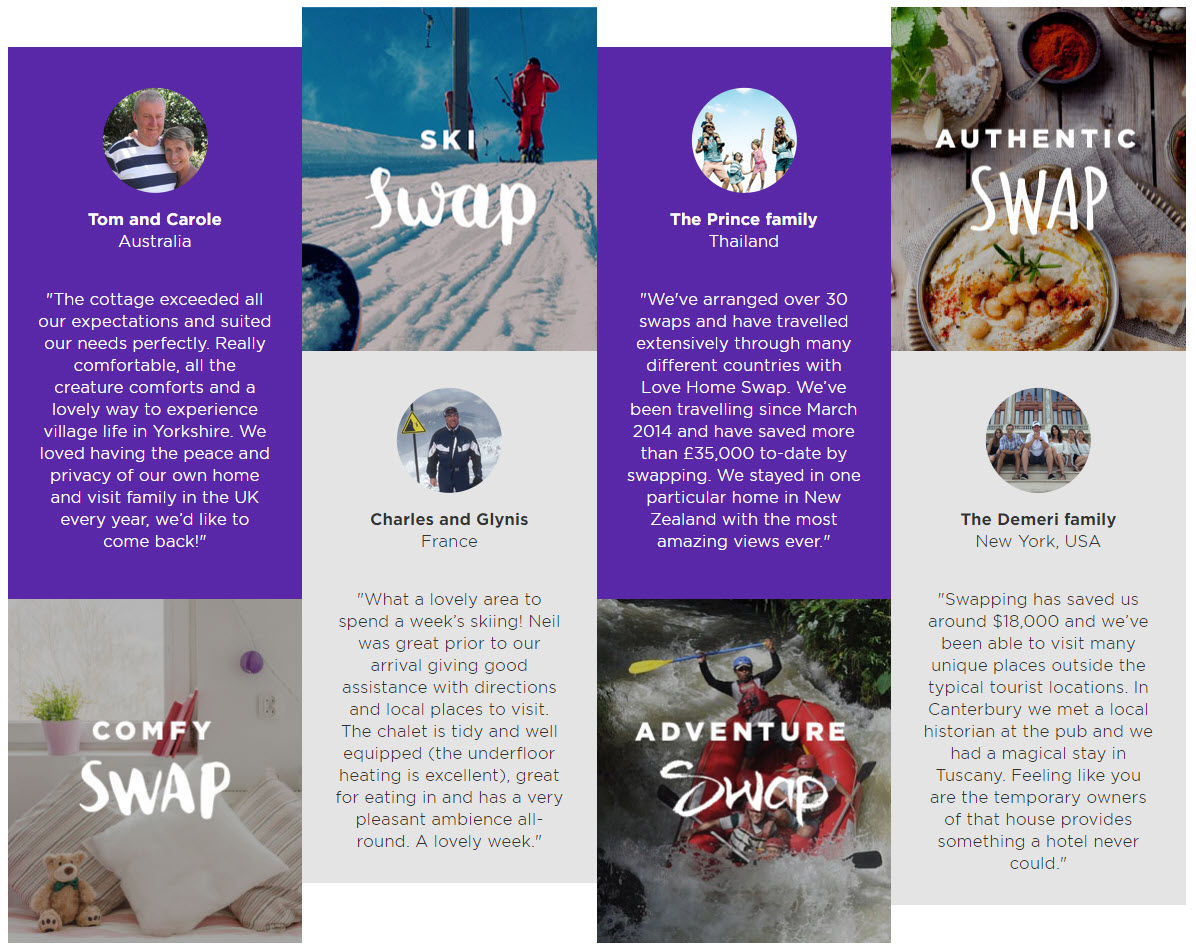